Before the hyperclouds, there were Linode, Mediatemple, HostGator and seemingly a million other hosting services that let you rent affordable virtual private servers for your development needs. And while we don’t talk about them all that much these days, with maybe the exception of Digital Ocean, which disrupted that market a few years ago thanks to its low prices, these services are still doing quite well and are working to adapt their offerings to today’s developers. Unsurprisingly, that often means adding support for containers, which is exactly what Linode is doing with the beta launch of its Linode Kubernetes Engine (LKE) this week.

Like similar services, 16-year old Linode argues that its offering will help enable more developers to adopt containers, even if they are not experts in managing this kind of infrastructure. 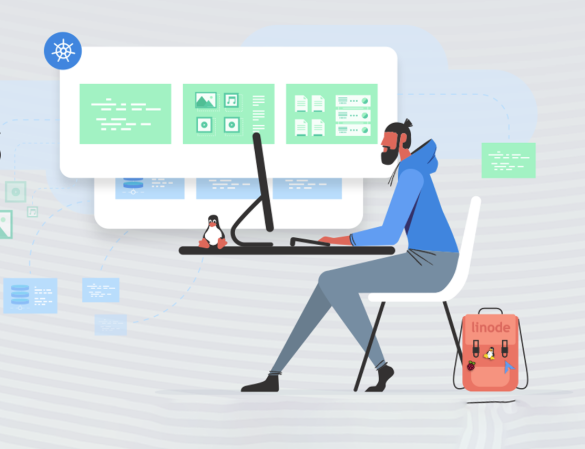 “With the launch of Linode Kubernetes Engine, we’ve democratized Kubernetes for developers, regardless of their resources or expertise,” said Linode CEO and Founder Christopher Aker. “By automating the configuration, node provisioning and management of Kubernetes clusters, we’ve made it faster and easier to ship modern applications. And with realtime autoscaling, free master services, and our intuitive cloud manager interface and open API, developers can bypass the complexities of traditional container management and focus on innovating.”

The service is, of course, integrated with the rest of Linode’s tools, which these days include block and object storage, for example, as well as load balancing, in addition to the usual server options. There’s also support for autoscaling and while advanced users can use tools like Helm charts, Terraform and Rancher, there’s also one-click app support for deploying often-used applications.

Linode’s service is entering a market that already features plenty of other players. But it’s also a growing market with room for lots of different tools that cater to a variety of needs. Tools like Kubernetes now allow companies like Linode to reach beyond their current customer base and offer businesses a platform that allows them to easily develop and test new services on one platform and then put them into production somewhere else — or, of course, put them into production on Lindode, too.