Mubi, a 12-year-old on-demand movie streaming and rental service, has arrived in India. Like other streaming services giants such as Netflix, Amazon Prime Video, Apple TV+ and Disney’s Hotstar, Mubi is offering its service at a slightly lower price in the key overseas entertainment market.

The London-headquartered firm is offering a three-month subscription in India at Rs 199 ($2.8), after which it would charge $7 a month or $67 a year (this way, the monthly cost works out to about $5.5). This is substantially lower than the £9.99 monthly subscription fee it charges to subscribers in the U.K., and the $10.99 it charges in the U.S. Additionally in India, Mubi is also offering its subscribers a complimentary movie ticket each week.

Perhaps the lesser-known streaming service among all the usual names, Mubi has earned a name for itself by offering a selection of critically acclaimed movies. Unlike other services, Mubi’s platter is small. At any moment, the service offers only 30 recent and vintage movies. One new title arrives every day and another vanishes at the same time. No movie stays longer than 30 days on the platform.

Mubi, founded in 2007, started with the ambition of becoming just like what Netflix is today. But it became apparent to the company that they couldn’t afford to offer thousands of titles to users, founder and chief executive of the company Efe Cakarel told The New York Times in an interview two years ago.

“In the beginning, we wanted to be like Netflix, but the unit economies of an ‘all-you-can-eat’ site is very capital-intensive,” Cakarel told the Times. “The question becomes, how do you create a compelling experience? If you can’t get 10,000 titles, how about a limited selection?”

Mubi has amassed 9 million subscribers, the company said. (Cakarel will be speaking at Disrupt Berlin next month.)

In an interview last month, Cakarel said most streaming platforms are today focused on the biggest TV series. “But Mubi focuses on finding gems, often going back decades, that very few people know of. We are giving distribution to such films. You may not like a film, but it is there for a reason,” he said.

In India, Mubi has additionally launched a dedicated channel (first time it has done so for any market), where local movies are being showcased. Customers in India have access to the global feed as well, meaning that they have access to 60 titles in a month, a spokesperson said. Additionally, like in other markets, Mubi is offering a rental service to subscribers in India, allowing them to pick any movie from a selection of a few dozen for $3.5.

For its India business, the company has appointed film producer and Academy Award winner Guneet Monga (known for titles such as Gangs of Wasseypur, The Lunchbox and Masaan) as its content advisor. It also maintains a partnership with Times Bridge, the venture arm of Indian internet services and content conglomerate Times Internet. 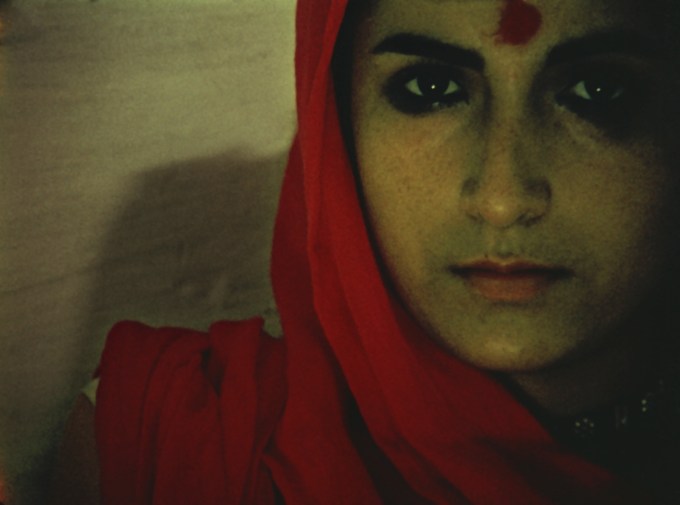 A still from Indian movie “Duvidha”

In a statement, Monga said, “I’m thrilled we have launched a dedicated channel for Indian cinema as it means that film lovers can now watch amazing films like Salaam Bombay and Andaz Apna Apna, alongside globally renowned gems like Moonlight.”

Mubi Go, a service available in the U.K. and Ireland, which allows subscribers in those markets to get a movie ticket each week in a local theatre, is not available to customers in India.

Update Nov 28: Mubi said on Thursday that it has partnered with PVR, India’s largest theater chain with over 600 screens in the nation, to offer subscribers a movie ticket each week.