Aerial imagery is a common asset in military matters, but 3D maps can be difficult to collect on short notice without specialized equipment. This new photogrammetry technique from the Army Corps of Engineers, however, can make accurate 3D maps from ordinary aerial footage in just minutes.

Photogrammetry is the process of comparing multiple photos of the same location or item to produce a 3D map of it. It’s a well-known method but in some cases is still reliable on human intelligence to determine, for instance, which frames of a video should be used to produce the best results.

Ricky Massaro from the Army’s Geospatial Research Laboratory in Virginia has mitigated that problem and produced a highly efficient photogrammetric method that can turn aerial imagery into accurate 3D surface maps in near real-time without any human oversight. 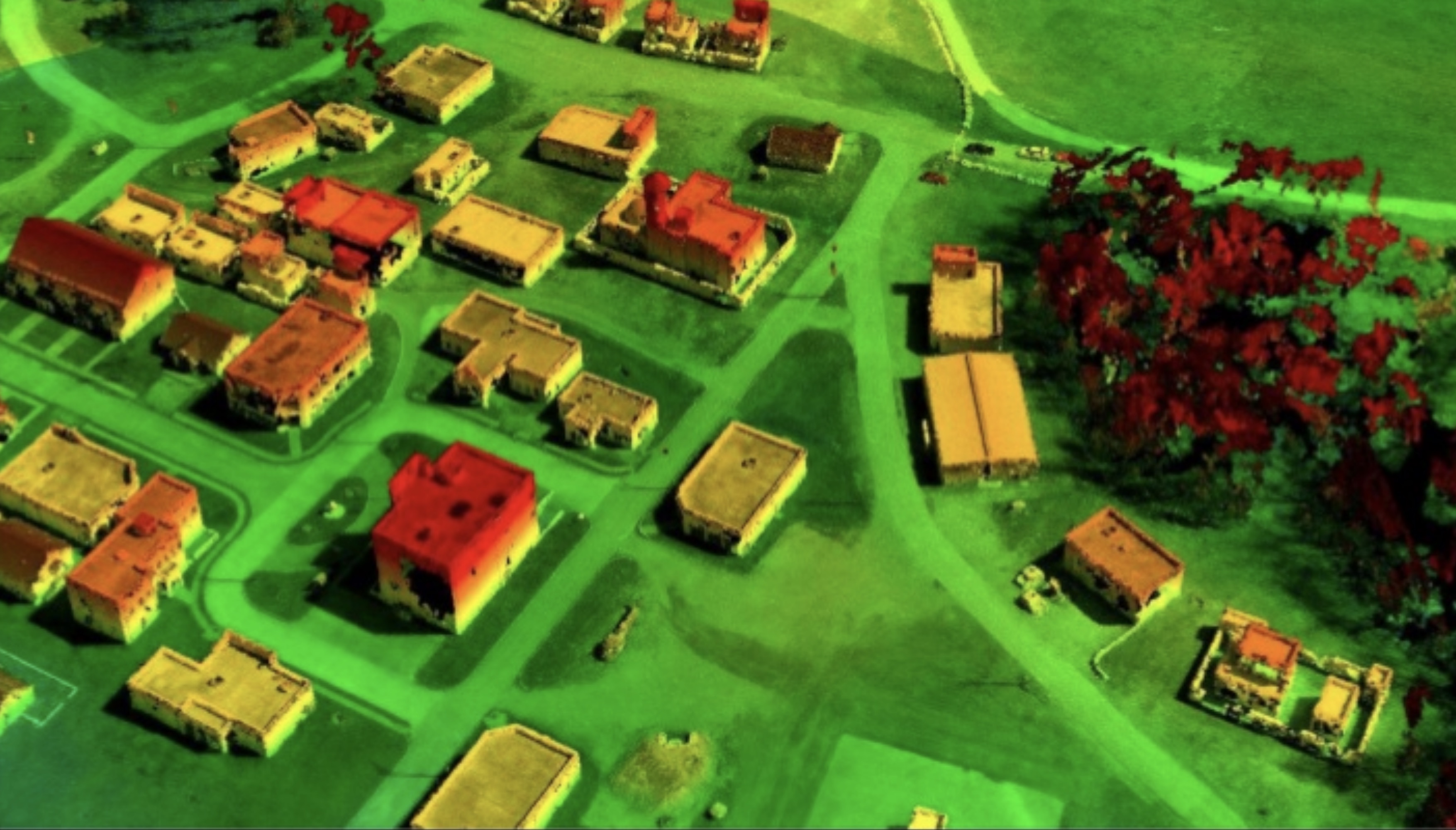 This image shows the depth map as color – red being higher. It was created from combining multiple 2D images.

The system was tested by the 101st Airborne, which flew a drone over Fort Campbell in Kentucky and mapped a mock city used for training exercises. It was also deployed in Iraq for non-combat purposes. So this isn’t stuck in a lab somewhere — it’s been put to work, and is now being publicized because the patent filing is in and the Army is now negotiating to commercialize the system.

“Whether it’s for soldiers or farmers, this tech delivers usable terrain and intelligence products fast,” said Quinton King, a manager at TechLink, the Defense Department’s commercial tech transfer organization. “And I’m happy to help companies learn how they can leverage Dr. Massaro’s work for their own products or applications.”

The real-time photogrammetry wouldn’t replace lidar or ground-based mapping systems, but act in concert with them. Being able to produce accurate depth from ordinary aerial imagery, and without having to send tons of data to a central location or involve human experts, makes it adaptable to a variety of situations. If you’re curious about the specifics, you can check out the patent application here.