The problem of how to find the potential treasure trove hidden in millions of pounds of trash is getting a high-tech answer as investors funnel $16 million into the recycling robots built by Denver-based AMP Robotics.

For recyclers, the commercialization of robots tackling industry problems couldn’t come at a better time. Their once-stable business has been turned on its head by trade wars and low unemployment.

Recycling businesses used to be able to rely on China to buy up any waste stream (no matter the quality of the material). However, about two years ago, China decided it would no longer serve as the world’s garbage dump and put strict standards in place for the kinds of raw materials it would be willing to receive from other countries. The result has been higher costs at recycling facilities, which actually are now required to sort their garbage more effectively.

At the same time, low unemployment rates are putting the squeeze on labor availability at facilities where humans are basically required to hand-sort garbage into recyclable materials and trash.

Given the economic reality, recyclers are turning to AMP’s technology — a combination of computer vision, machine learning and robotic automation to improve efficiencies at their facilities. 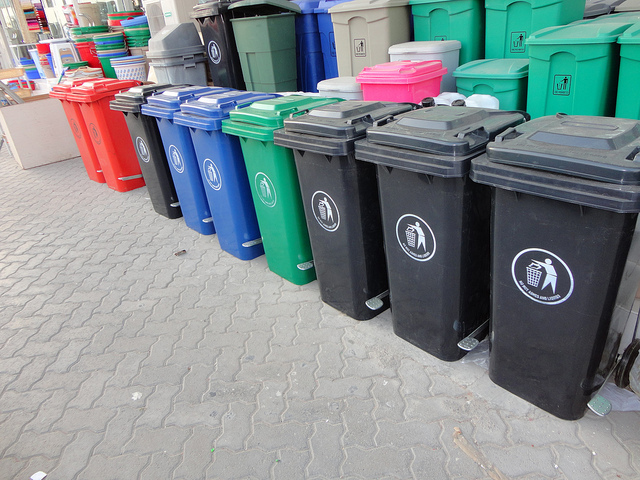 That’s what attracted Sequoia Capital to lead the company’s latest investment round — a $16 million Series A investment the company will use to expand its manufacturing capacity and boost growth as it looks to expand into international markets.

“We are excited to partner with AMP because their technology is changing the economics of the recycling
industry,” said Shaun Maguire, partner at Sequoia, in a statement. “Over the last few years, the industry has had their margins squeezed by labor shortages and low commodity prices. The end result is an industry proactively searching for cost-saving alternatives and added opportunities to increase revenue by capturing more high-value recyclables, and AMP is emerging as the leading solution.”

The funding will be used to “broaden the scope of what we’re going after,” says chief executive Matanya Horowitz. Beyond reducing sorting costs and improving the quality of the materials that recycling facilities can ship to buyers, the company’s computer vision technologies can actually help identify branded packaging and be used by companies to improve their own product life cycle management.

“We can identify… whether it’s a Coke or Pepsi can or a Starbucks cup,” says Horowitz. “So that people can help design their product for circularity… we’re building out our reporting capabilities and that, to them, is something that is of high interest.”

That combination of robotics, computer vision and machine learning has potential applications beyond the recycling industry as well, according to Horowitz. Automotive scrap and construction waste are other areas where the company has seen interest for its combination of software and hardware.

Meanwhile, the core business of recycling is picking up. In October, the company completed the installation of 14 robots at Single Stream Recyclers in Florida. It’s the largest single deployment of robots in the recycling industry and the robots, which can sort and pick twice as fast as people with higher degrees of accuracy, are installed at sorting lines for plastics, cartons, fiber and metals, the company said.

AMP’s business has two separate revenue streams — a robotics as a service offering and a direct sales option — and the company has made other installations at sites in California, Colorado, Indiana, Minnesota, New York, Pennsylvania, Texas, Virginia and Wisconsin.

The traction the company is seeing in its core business was validating for early investors like BV, Closed Loop Partners, Congruent Ventures and Sidewalk Infrastructure Partners, the Alphabet subsidiary’s new spin-out that invests in technologies to support new infrastructure projects.

For Mike DeLucia, the Sidewalk Infrastructure Partners principal who led the company’s investment into AMP Robotics, the deal is indicative of where his firm will look to commit capital going forward.

“It’s a technology that enables physical assets to operate more efficiently,” he says. “Our goal is to find the technologies that enable really exciting infrastructure projects, back them and work with them to deliver projects in the physical world.”

Investors like DeLucia and Abe Yokell, from the investment firm Congruent Ventures, think that recycling is just the beginning. Applications abound for AMP Robotic’s machine learning and computer vision technologies in areas far beyond the recycling center.

“When you think about how technology is able to impact the built environment, one area is machine vision,” says Yokell. “[Machine learning] neural nets can apply to real-world environments, and that stuff has gotten cheaper and easier to deploy.”