MIT has developed a new kind of robot that can essentially extend itself — “growing” in a way that’s surprisingly similar to how a young plant grows upward. The way researchers accomplished this uses a robot that is crucially not a soft robot, which means that it can both extend itself to reach up to a previously unreachable height, or through a gap to a hard-to-get-at area, while also retaining the rigidity and strength necessary to support a gripper or other mechanism on its tip and do work like tighten a bolt or manipulate a handle.

This new robot solves a fairly common challenge for industrial and commercial robots, which is reaching into tight spaces or navigating cluttered parts of factories or warehouses. Most robots that are in service in industry today essentially need a wide open space to operate, and factory layouts are designed to provide these to accommodate them. They’re also essentially fixed in terms of their dimensions: It’s rare to find a robot that can truly morph to meet the needs of different tasks.

As mentioned, soft robotics has done some work in addressing the fixed nature of existing robots, but to date, not much that’s been done with soft robotics can also accommodate the need for robots to work with what are called in robotics “end effectors,” or at least the variety that includes grippers and heavy duty cameras or sensors, which tend to have a significant weight and require a stable platform from which to operate. 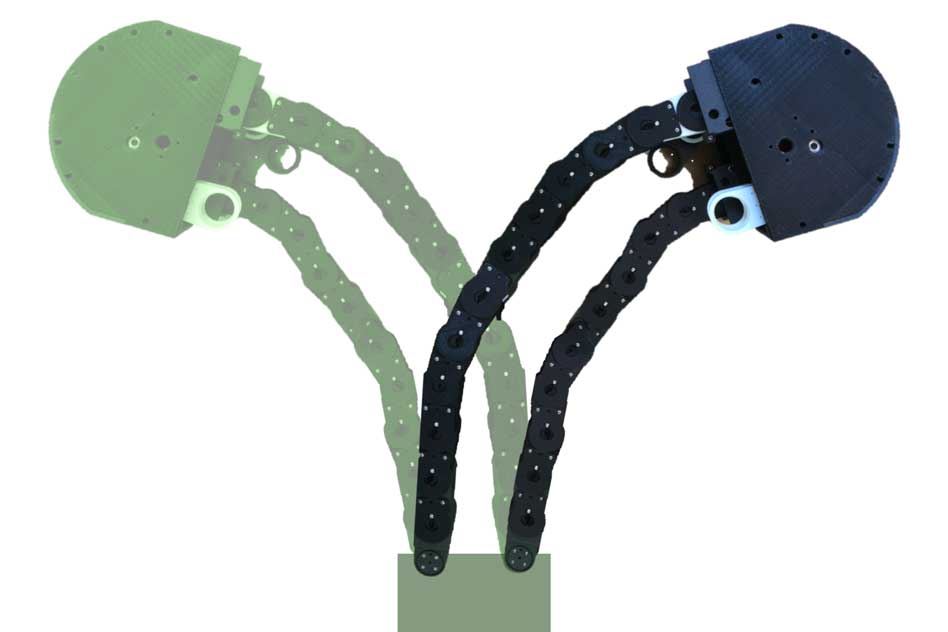 MIT’s robot solves this using a chain-like apparatus, not too different from a bicycle chain. The difference is that its links are interlocking blocks that can “lock” into one another to form a rigid column, then “unlock” to return to a flexible state. This means a robot could pack this chain-like appendage loose in a container, drive across a factory floor to a bit of machinery, then extend a growing “arm” inside the machinery where it otherwise wouldn’t be able to reach to manipulate a control, or to point a sensor to check for damage, for instance.

Roboticists have termed this the “last foot” problem — similar in nature to the “last mile” in transportation, because it involves going from a wide, relatively easy to access space to a more difficult to reach area. In autonomous vehicles, that might be getting from the curb to a person’s doorstep. In industrial robotics, it’s about going from working out in the open to working in tight, confined spaces.

Unlocking this kind of flexibility for industrial robotics could go a long way to opening up entirely new and more varied applications of robots on the job, so the development of these kinds of “grobots” definitely has plenty of potential outside the lab.