For the fourth year in a row, Apple has updated its privacy pages.

Every year, the tech giant refreshes the privacy portion of its website — usually a month or so after its product launches — to keep customers up to date with its latest features and technologies. Since its fight with the FBI, which saw federal agents try to force Apple to create an iPhone backdoor to get the contents of a terrorist’s phone, Apple ditched its historically secretive ways and went full-disclosure on its security and privacy practices.

Its privacy pages have evolved to house the tech giant’s various commitments to privacy, but also user tips and tricks and its twice-yearly transparency report detailing the number of government demands for data it receives.

This year — and for the first time — Apple has published several technical whitepapers detailing how some of its most popular technologies work. So far, the company has released whitepapers on Safari, Photos, Location Services and Sign in with Apple — which all saw privacy enhancements this year.

Last year the company debuted a “download your data” page, allowing users to obtain all of the data that Apple stores on them, a legal requirement under Europe’s GDPR.

Apple says its privacy pages are the most visited part of its entire site.

As with previous years, the updated privacy pages now include all of the new privacy and security features in iOS 13 and macOS Catalina, which Apple released earlier this year, including Safari anti-tracking, location awareness and contact notes protections. 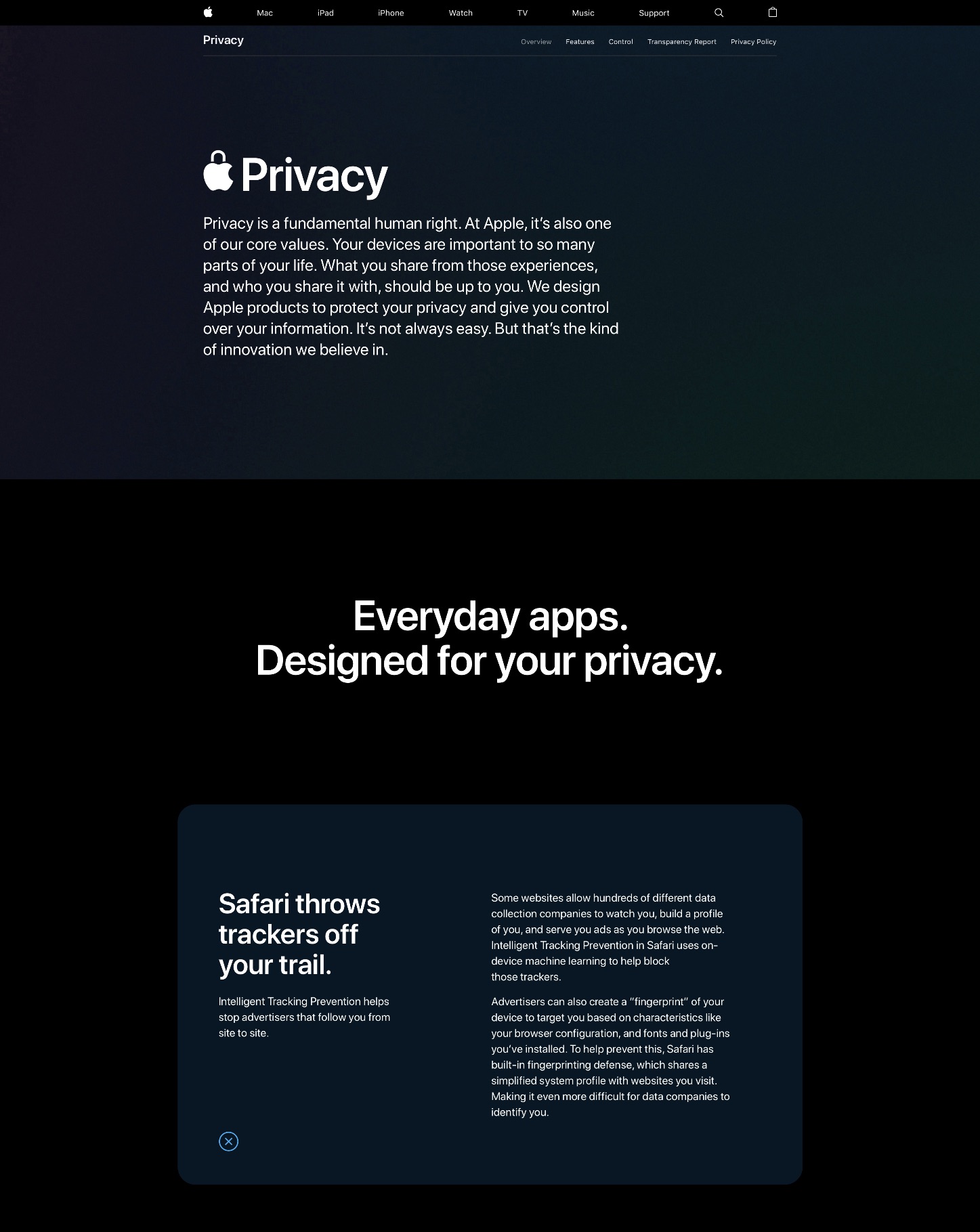 iOS 13: Here are the new security and privacy features you need to know