The husband and wife co-founders behind the direct-to-consumer cookware and dinnerware startup retailer Our Place are big believers in the notion that the doorway to inclusive communities opens through the kitchen.

Amir Tehrani, the company’s co-founder and chief executive spent, his life in the cookware and kitchen business, while his wife, Shiza Shahid, is the co-founder of the Malala Fund, supporting educational initiatives for young women around the world, and Now Ventures, an impact seed investment fund based in Los Angeles.

The Los Angeles-based company is taking Shahid’s belief in social missions and the power of entrepreneurialism to transform communities, and Amir’s knowledge of the multibillion-dollar cookware and dinnerware business, to create a consumer-focused business that celebrates the culture surrounding cooking and uses it as a way to educate and inform — all while selling high-end pots, pans, plates and glasses to an audience of socially conscious consumers.

Joining the two co-founders is  Zach Rosner, the chief operating officer and third co-founder at Our Place, who previously helped build out e-commerce teams at Everlane and MeUndies.

The project has received its initial capital from some pretty high-end backers. So far, the company has raised $2.35 million in financing from investors, including the venture arm of Los Angeles’ startup retail giant, FabFitFun and Will Smith’s Dreamers VC. 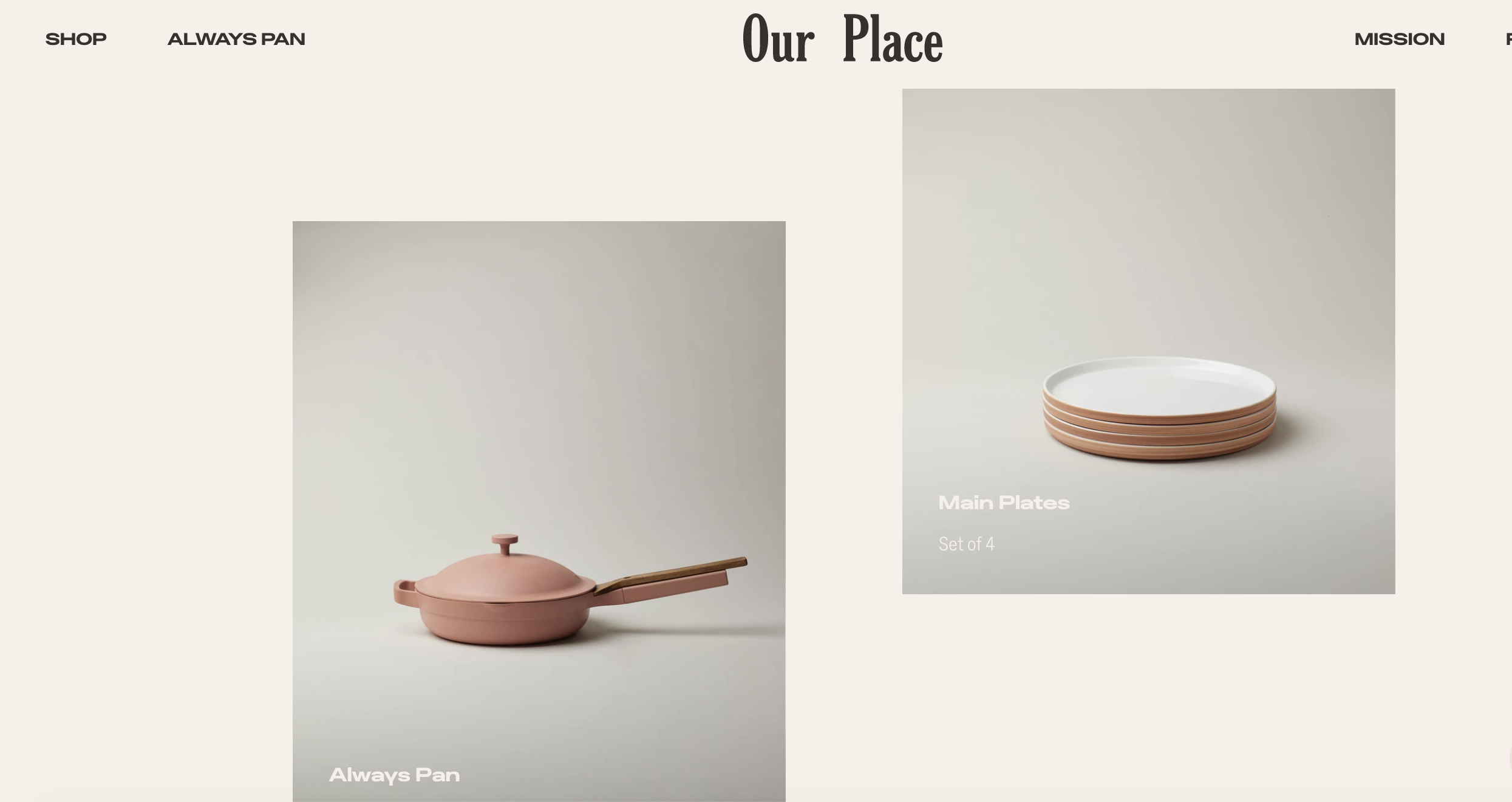 But the two executives have plans to source its future collections from artisans living in emerging markets around the world. “Our next collection is sourced from Oaxaca,” says Tehrani. “The Oaxaca line… it’s artisans making things out of their home. They’re making everything by hand and there’s no sophisticated machinery to speak of.”

The challenge, says Amir Tehrani, is to help these artisans begin producing products at scale, while staying true to the artisanal nature of the products.

Ultimately, the idea is to educate and inform consumers about the cultural context behind the products they buy, according to the company’s two founders.

There’s also a financial incentive to launch a direct-to-consumer brand, the founders say. It’s an industry that has yet to be disrupted by the technological innovations that have reshaped so many other retail markets, they say… and one that’s equally as large as the mattress industry.

By 2021, the cookware and dinnerware market is projected to be $12.7 billion, according to a study by Freedonia Focus Reports. By comparison, mattresses are about a $14 billion market in the U.S.

And it’s a market that Amir Tehrani knows well. His grandfather founded TableTops Unlimited, one of the largest white-label suppliers of kitchenware, cookware and dinnerware in the U.S. That experience is what brought investors like FabFitFun to the table.

“They understand our capabilities around the family business and they want to help bring it to their community as well,” says Amir Tehrani. “Aside from what they were already doing around fashion and cosmetics the largest opportunity they weren’t already doing was around cookware.”