Urban air mobility company Volocopter has focused its efforts to date on getting its passenger electric drone business off the ground — literally, in fact. But now, the German startup has unveiled a new electric vertical take-off and landing craft (eVTOL), which is designed specifically to move large payloads of goods around, without a pilot on board.

The new Volocopter VoloDrone has a familiar “crown” of rotors up top — it’s essentially the same design the company uses for its passenger aircraft. But instead of a cabin for people, the body of the VoloDrone is a squat rectangular platform, with attachments underneath for hooking up cargo, and two tall landing skids.

VoloDrone can hoist up to 440 lbs, either tucked between its landing rotors in cargo containers, or in a payload-holding sling or other similar carrying mechanism. It can fly for 35 miles on a single charge, which is not that far — but the whole point is to serve industries, including agriculture, public infrastructure and others, where distance isn’t a challenge so much as is navigating complex terrain via ground-based vehicles. 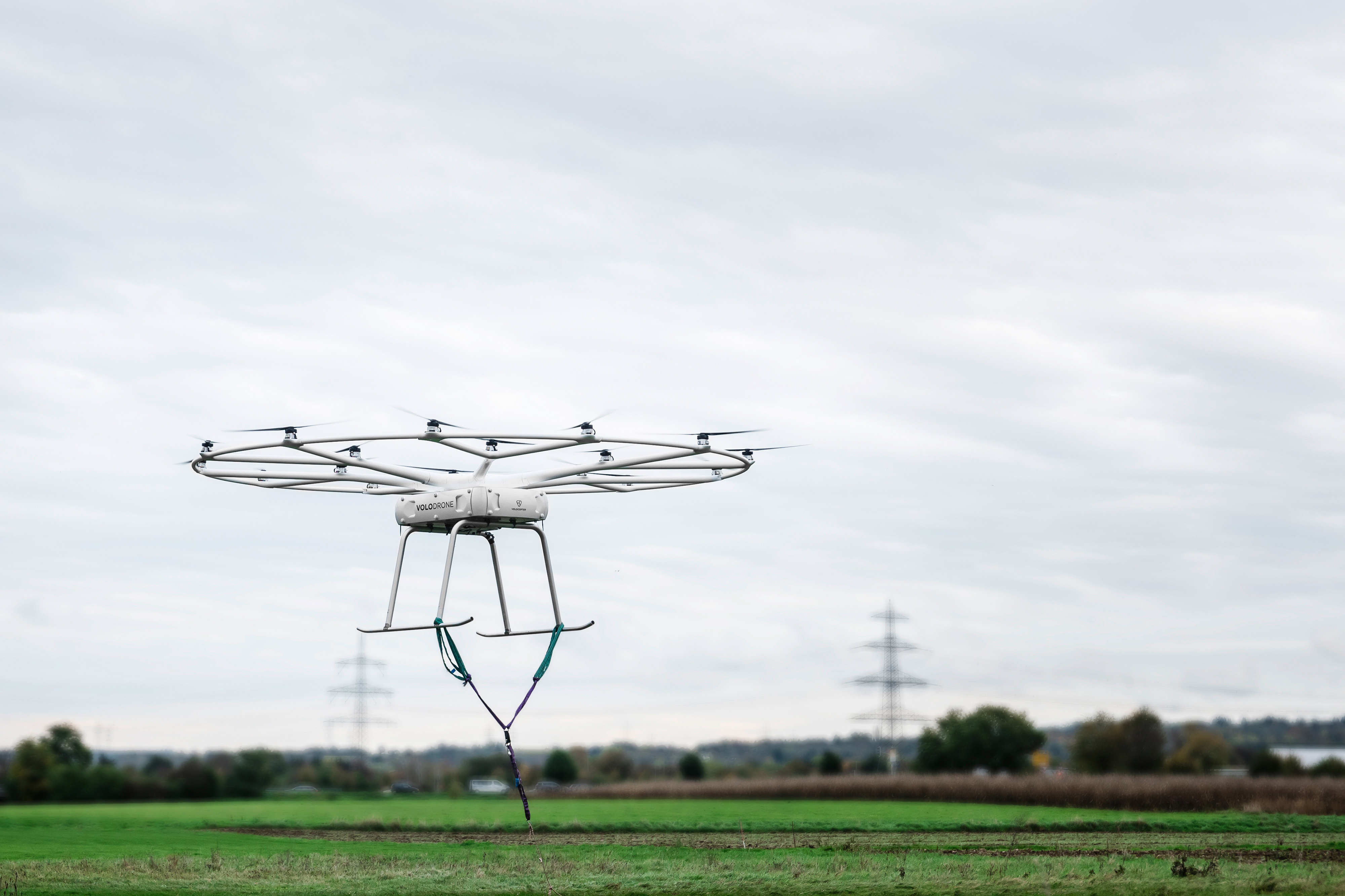 Volocopter says that the new aircraft was developed by a specialized team based near Munich, and that its design was informed by work done with strategic partners from across the target industries for which the eVTOL is designed. VoloDrone has also already taken its first demonstration flight this month, so it’s more than just a concept.

This is a good example of how Volocopter can look to extend the fundamentals of its rotor craft platform into new areas with fit-for-purpose customized variants. That’ll probably be a key ingredient as the company looks beyond its current testing and trial phase and into building a sustainable, revenue-generating business.