MX Player, a popular video app that offers both local playback and streaming services, said on Wednesday that it has raised $110.8 million in a new financing round led by Chinese internet giant Tencent as the video app looks to expand its business in India and other international markets.

Times Internet, which acquired a majority stake in MX Player in late 2017 for $140 million, also participated in the Series A financing round. The post-money valuation of MX Player was $500 million, a person familiar with the matter told TechCrunch.

The addition of Tencent — which has invested in a handful of Indian startups including Times Internet-owned Gaana, ride-hailing giant Ola, ed tech startup Byju’s, B2B e-commerce startup Udaan and a bookkeeping service for merchants, Khatabook — “is a great sign of confidence,” said Satyan Gajwani, vice chairman of Times Internet. “Tencent is a leading global force in music and video, and there’s a lot for us to learn and leverage from their capabilities,” he added.

Karan Bedi, CEO of MX Player, said in an interview that the video app will use the fresh capital to double down on producing original TV shows and broadening its catalog of licensed content. The firm, which has so far added 15 original shows to its platform, has already commissioned production of another 20 by year-end, he said.

The Singapore-headquartered firm’s push into original shows and licensed content underscores one of the strangest evolution for a video app. MX Player originated in Korea as an app that could run video files in a wide-range of formats locally stored on a phone.

The app did all of this while consuming little resources, an ability that helped it win tens of millions of users with low-cost Android smartphones in emerging markets such as India. In fact, India is MX Player’s largest market, with 175 million monthly active users, Bedi said. Globally, the app has amassed more than 280 million users.

MX Player is ad-supported and does not charge users any monthly subscription fee. The service, which introduced movies and shows streaming in mid-2018, today also offers access to about 200 TV channels, their current and back catalog of shows, and a music streaming feature through an integration with Gaana. 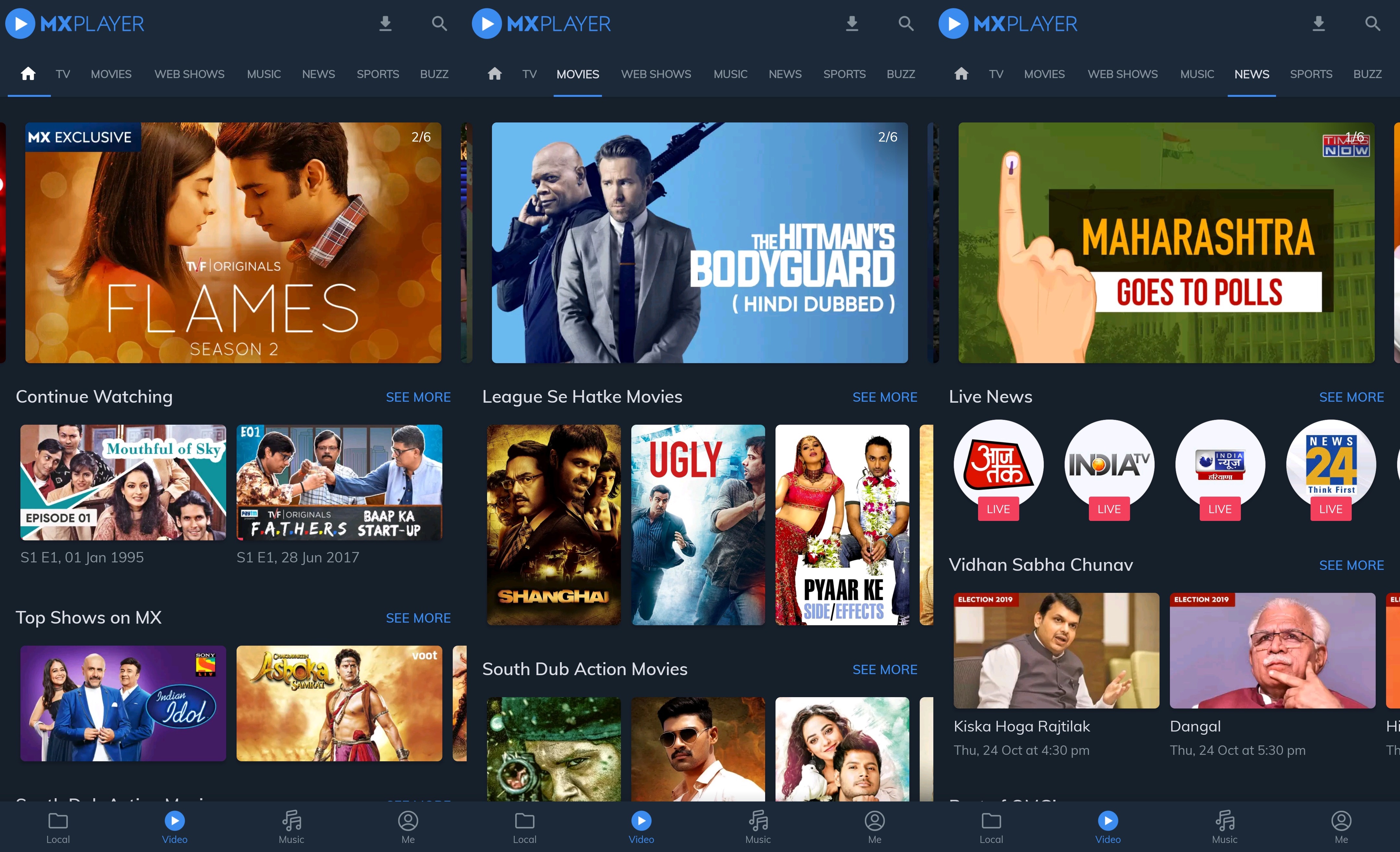 Bedi said the company has tied up with all-web show producers such as HoiChoi in India and three of the top five TV local cable networks, including Sony and Sun. Missing from the list is Star India, the largest TV network in the country.

Thanks to the acquisition of 21st Century Fox, Disney now owns Star India. Star India has emerged as one of the gems in Disney’s new portfolio. The firm, which runs dozens of TV channels in India, operates Hotstar, the market-leading video streaming service.

Hotstar reported 300 million monthly active users and 100 million daily active users during the ICC Cricket World Cup tournament. The service has cashed in on the popularity of cricket to boost its numbers.

Bedi said MX Player is working on building new entertainment experiences, but sports content is not something it is exploring. The reason is simple: Cricket drives most of the sports streaming in India and Star India has secured rights to most of such content. (Facebook recently grabbed a slice of it, too.)

But cricket alone can’t help a streaming service win and sustain customers. Even Hotstar’s monthly user base plummets below 60 million in the months following the cricketing season, people familiar with Hotstar’s internal figures have told TechCrunch.

Figuring out what exactly resonates with the users in India, the world’s second largest internet market, is the billion-dollar question. The video streaming market in India is on track to be worth $1.7 billion in the next four years, according to PricewaterhouseCoopers.

Bedi, who spearheaded Eros Now’s India business before joining MX Player, said users are increasingly enjoying the original shows. Most of the shows that MX Player has produced so far, such as “Hey Prabhu,” “Thinkistan” and “Immature,” are largely targeted at college students and those who have just joined the work force. But the company is slowly populating the platform with shows such as “Queen” that appeal “universally,” he said. 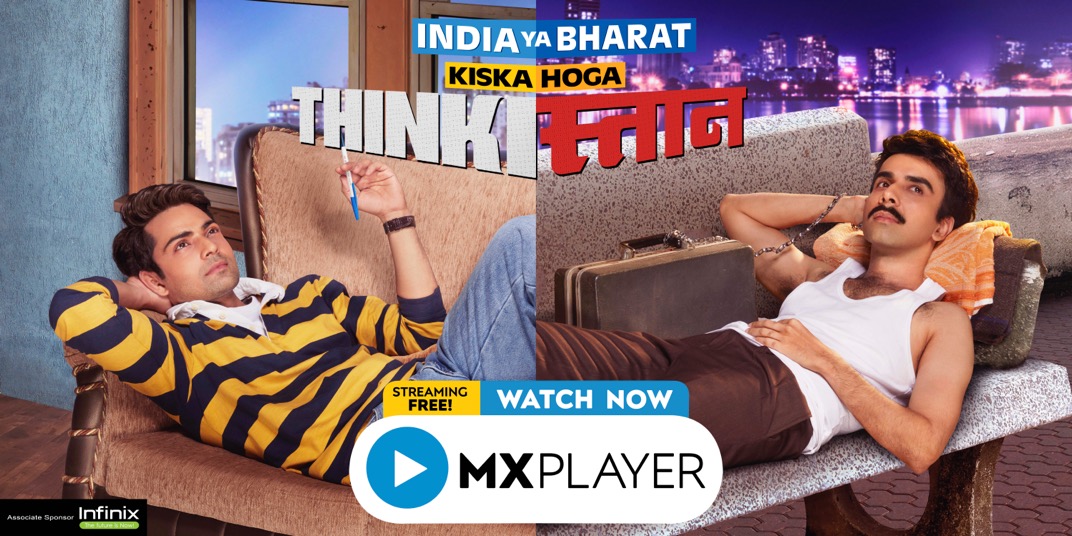 MX Player today competes with more than three dozen local and international players, nearly all of which offer their services at dirt-cheap prices in India. Even Netflix, which launched in India with a $8 plan in 2016, this year introduced a $2.8 monthly tier. In recent months, several more firms including e-commerce giant Flipkart and food delivery startup Zomato have launched their video streaming services in the country.

Tencent-rival Alibaba announced earlier this year that it would invest $100 million to expand social video app Vmate in India.

Once cautious about each megabyte they spent consuming internet services, Indians are now spending about 10GB of data on their smartphones each month as data prices crash in the country, according to an Ericsson report. Indian billionaire Mukesh Ambani disrupted the local telecom market in 2016 when he launched Reliance Jio. The 4G-only carrier undercut the market by first offering bulk of mobile data at no cost, and then charging very little fee.

“Within a relatively short period of time, MX Player has leveraged its vast user base and rich content library to be one of the leading video-streaming services in India. As the smartphone user base continues to expand in India, we look forward to working with MX Player to further grow its platform by delivering original content and a differentiated user experience,” said Jeffrey Li, Managing Partner at Tencent Investment, in a statement.

An analyst TechCrunch spoke with said it’s only a matter of time before India’s video market begins to see some consolidation and pull back. “You have to offer something appealing that none of your rivals have,” he said, requesting anonymity as he advises many of these businesses.

For MX Player, its odd evolution story may be its biggest advantage. The app’s local video playback feature continues to draw many to it, and keeps the app among the top rated in Google’s Play Store. Bedi said the startup, which today employs about 300 people, maintains a large team that continues to improve the tech stacks to improve video playback support.

Moving forward, MX Player will also look into expanding to some international markets. It recently started beta testing the video streaming service in the U.S., Canada, Australia and New Zealand. Eventually, the startup hopes to make original shows for these markets that are relevant to the local audience there.

MX Player maintains a premium app on Google Play Store that strips ads for $5. But the app continues to mostly rely on revenue it generates from ads. Times Internet’s Gajwani said that at some point in the future, the video service will expand monetization beyond pure advertising. “That said, MX is consumed daily as much as the leading TV channel in India, so there’s significant headroom to capture larger advertising spends as well,” he added.

Paytm, a leading financial services firm in India, was also in talks with MX Player to invest in this financial round. It may invest in the video streaming services app at a later stage, a person familiar with the talks said.