Some features are the result of consumer demand. Others simply make sense. And then there are features like the Galaxy Book Flex and Ion’s Wireless PowerShare that appear to be more a product of a “because we can” approach to product design.

Wireless charging is, in and of itself, kind of a no-brainer in an era when many or most flagship smartphones support the technology. Samsung’s implementation, however, leaves a lot to be desired here. It’s true, of course, that Wireless PowerShare’s implementation is less than ideal, requiring one of two phones to be face-down, but I can certainly see applications for the tech. 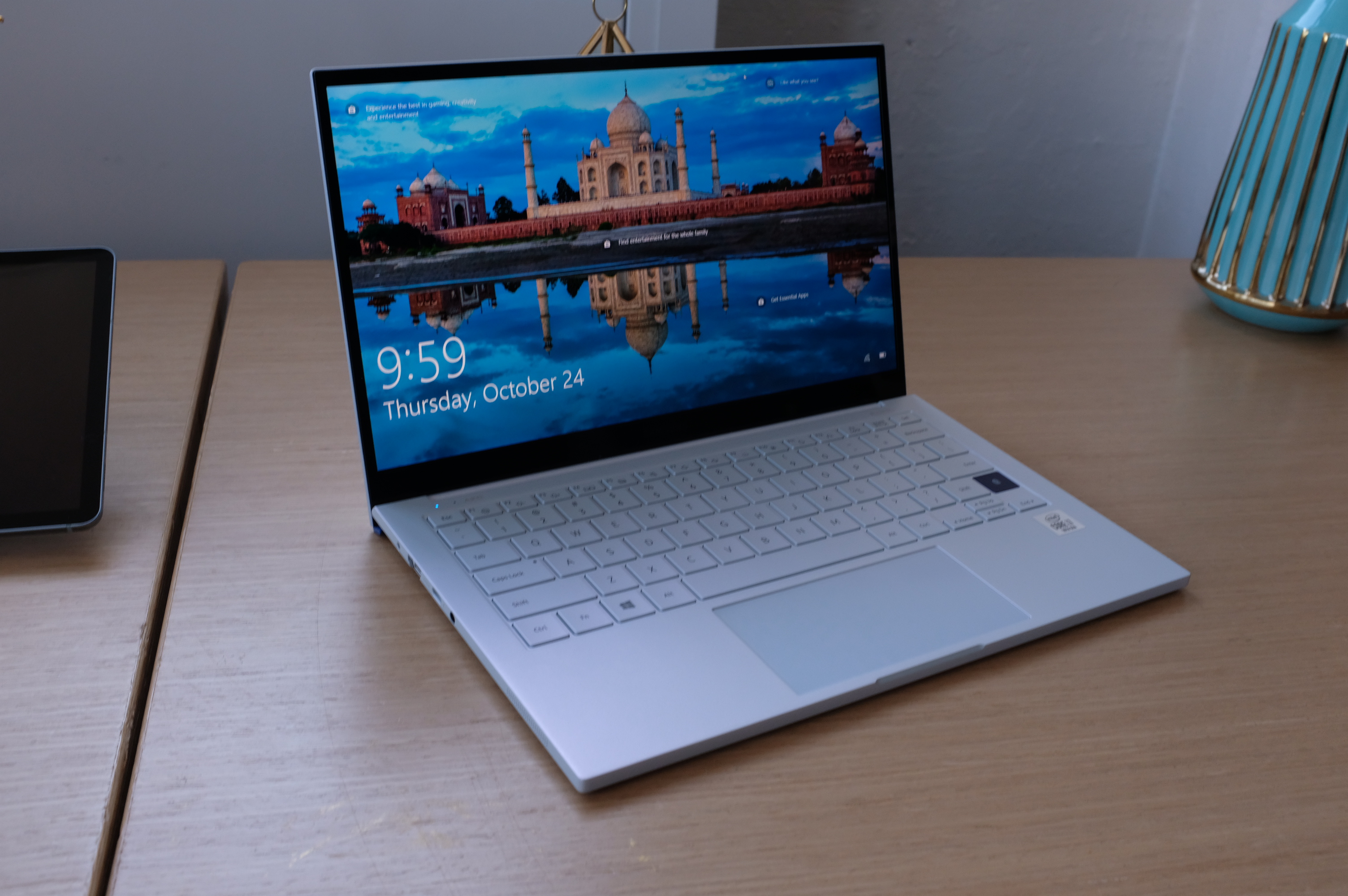 On the new laptops, however, charging the phone requires that it occupy all of the trackpad. In the case of the Flex, I suppose you can still use the touchscreen (there isn’t one on the Ion), but even so, there’s no scenario in which having a phone sitting on the trackpad doesn’t seriously dampen one’s ability to get some serious work done.

Between the issues and the fact that you can charge your phone the old-fashioned way with the laptops, it’s hard to find a scenario in which the feature is anything but a gimmick. Samsung says the trackpad offered the easiest implementation of the tech — versus, I suppose the palm rest or the top of the device. I’m not sure there’s a great implementation for a feature that might have better been left on the drawing board. 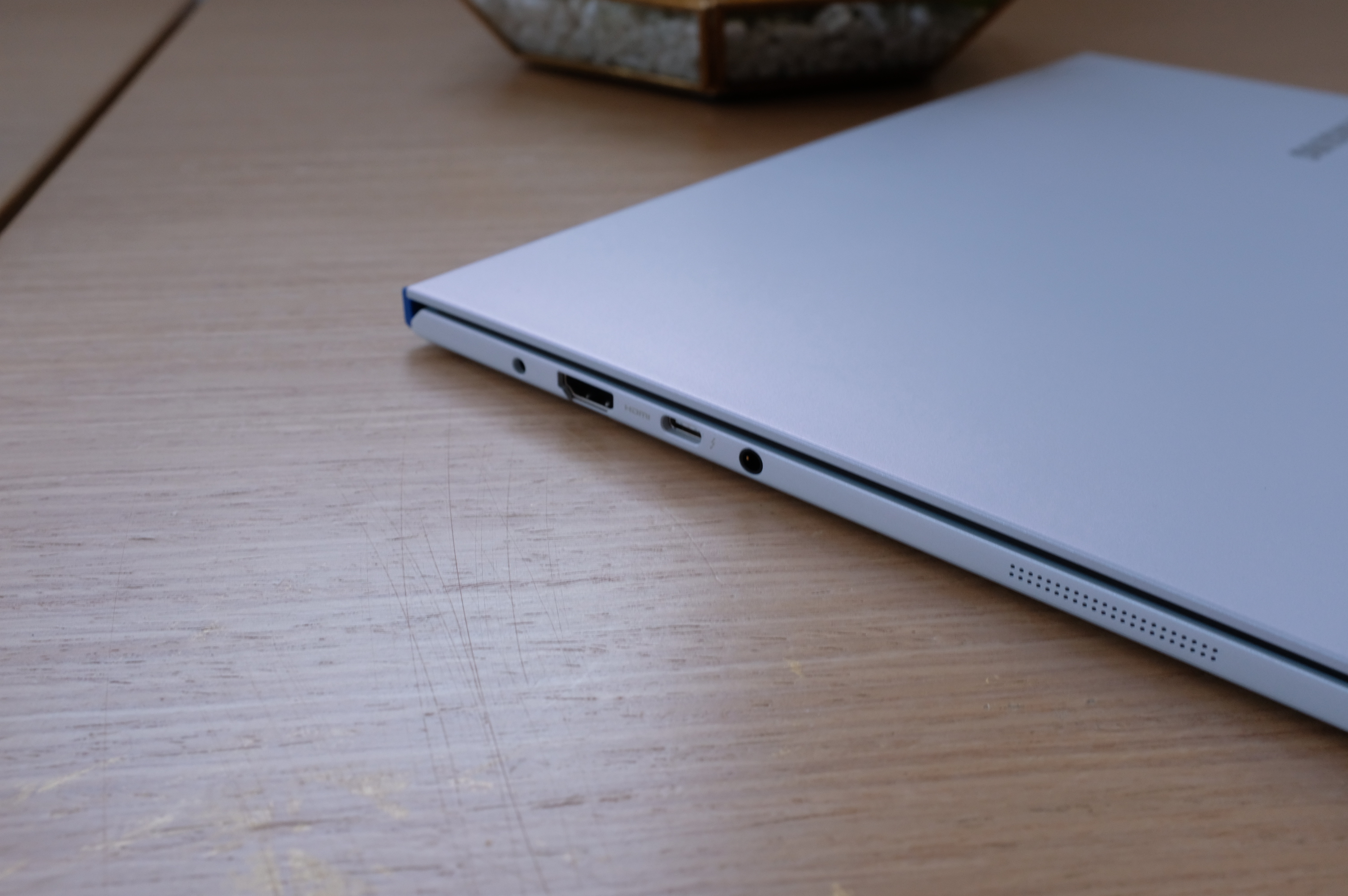 It’s a silly feature on what are otherwise very solid additions to Samsung’s laptop line. The Flex is the more premium of the two, featuring a touchscreen and the 360-degree hinge that gives the device its name. The laptop has an aluminum body with a “royal blue” finish and a built-in slot for the included S Pen. It comes in both 13 and 15-inch varieties, with a 10th-gen Intel processor, 16GB of RAM and up to a TB of storage.

Also available in 13 and 15-inch versions, the Ion ditches the touchscreen and 360 hinge, but maintains an ultra-thin, lightweight design. 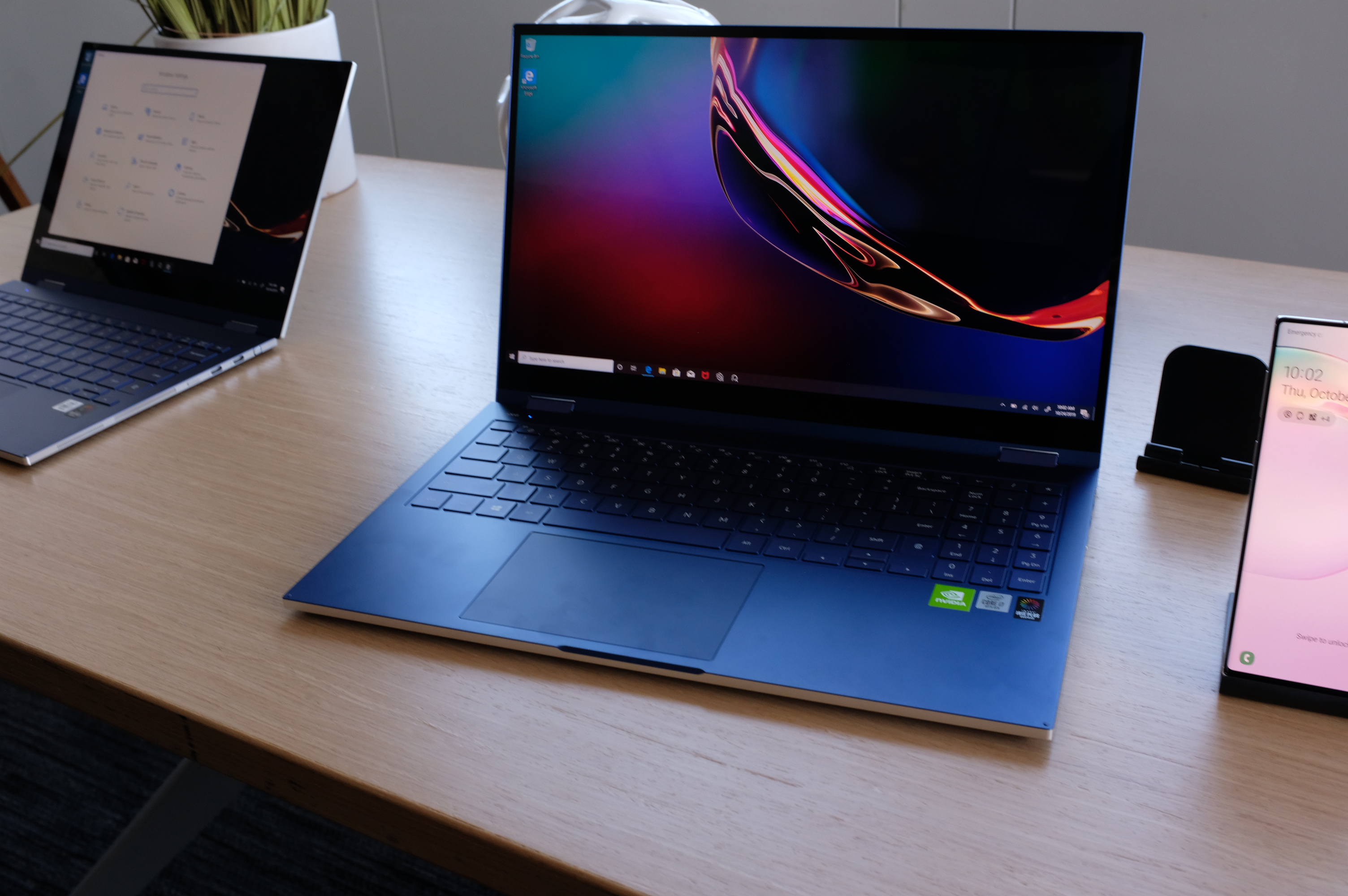 Samsung’s jumping the gun a little early on the announcement here. Both models will be available in the U.S. early next year, priced similarly to their predecessors. Asked why the company didn’t just wait for CES for the announcement, it noted models arrive at different times in different markets.

Based on past systems, it seems like a pretty safe bet that they’ll be hitting Korean shores earlier. Perhaps in time for the holidays.