It’s a wonder that Echo Buds didn’t arrive sooner. Earbuds (I still can’t write “hearables” without cringing a bit) are the clearest path to making Alexa work outside of the home. Amazon, after all, has been unable to crack the smartphone category. Half a decade later, the Fire Phone is little more than a historical curiosity, while Google and Apple have had massive mobile footprints to spread their smart assistants.

Amazon has dabbled in mobile, with a downloadable Alexa app and Fire Tablet functionality. Last year, the company announced the Alexa Mobile Accessory Kit, which is designed to bring the AI to more devices. Certainly it makes sense as a third-party partner for companies that don’t have the resources or desire to develop their own assistant. The latest Fitbit Versa might be the best example of such an alliance.

From a pure user experience standpoint, however, headphones are the most logical conduit. They’re positioned closest to the mouth for voice commands via microphone and, obviously, offer a direct route into the ear for Alexa responses. In waiting to see how the market shakes out, the company has ceded potential market share. 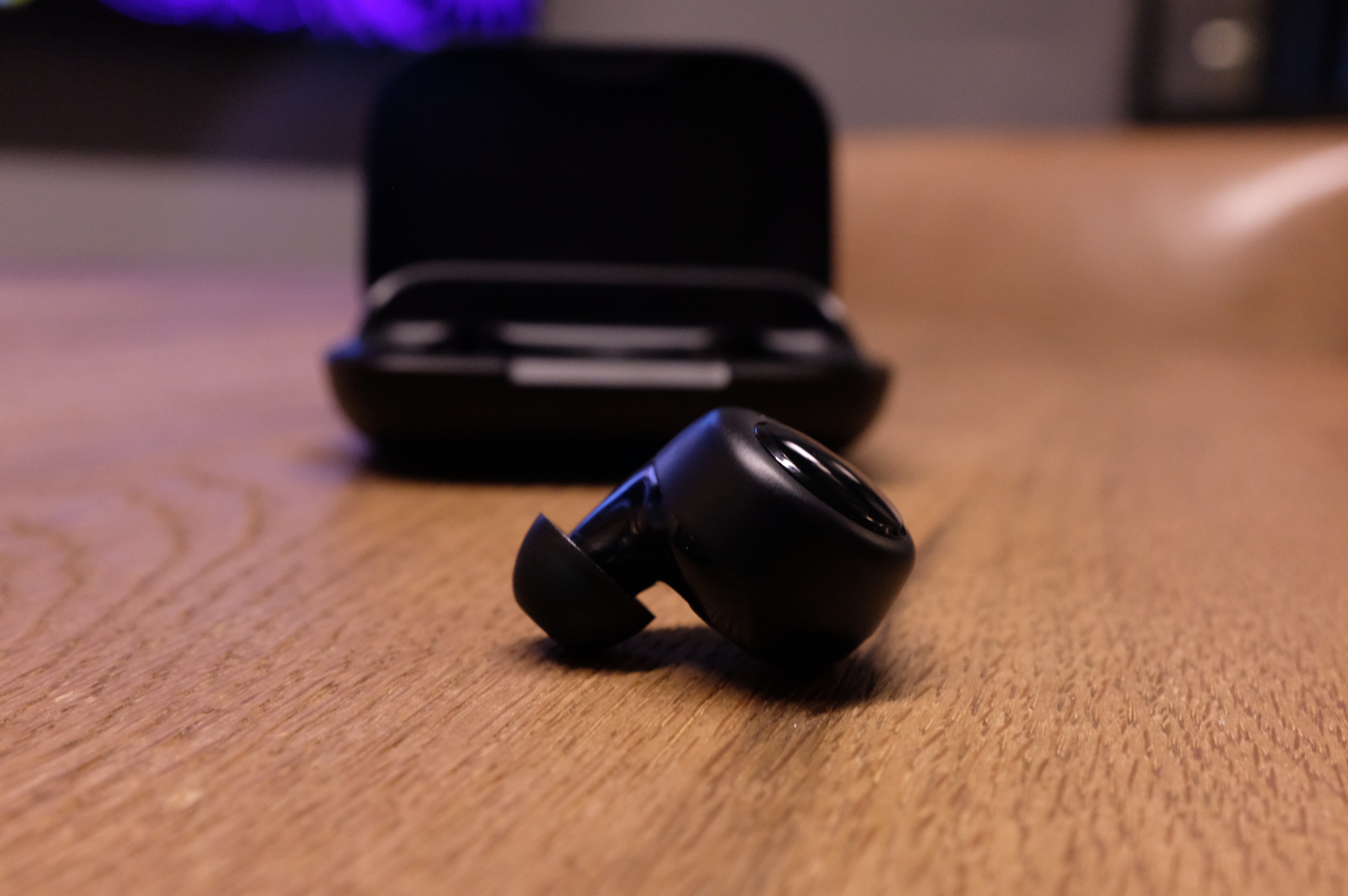 There’s a lot about the Echo Buds that would have made them an excellent addition to the category two or three years ago. But the category is among the fastest moving in consumer electronics. Samsung, Sony and Apple/Beats all have excellent offerings, and Amazon opening up Alexa to hardware companies has all but assured that third-party products from companies will eclipse the Echo Buds shortly.

The company does get some things right on its first go. If there’s one thing the Echo Buds really have going for them, it’s customization. For the earbuds themselves, that means not only the customary replaceable silicone tips, but also wings to help them stay in place in the ear. I’ve never been a fan of the hard plastic wings, but the soft silicone covers that slip over the buds are a nice touch.

They’re available in three sizes, so you should be able to find a decent fit. Once everything is in place, the buds should form a nice seal to keep sound in and unwanted ambient noise out. For my money, though, the PowerBeats Pro are still the best on the market when it comes to fit. The over-the-ear design keeps them from straining your ears after an extended period. Amazon’s solution is fairly elegant, as well.

The rest of the customization — and just about everything else, for that matter — is done in the app. Without its own operating system, the Echo Buds don’t have quite the same out of the box pairing experience as first-party Apple or Android headphones. That said, once you’ve downloaded the app, pairing is painless. For those who have other Echo devices, there’s probably something to be said for having all of your Echo devices in a single spot. 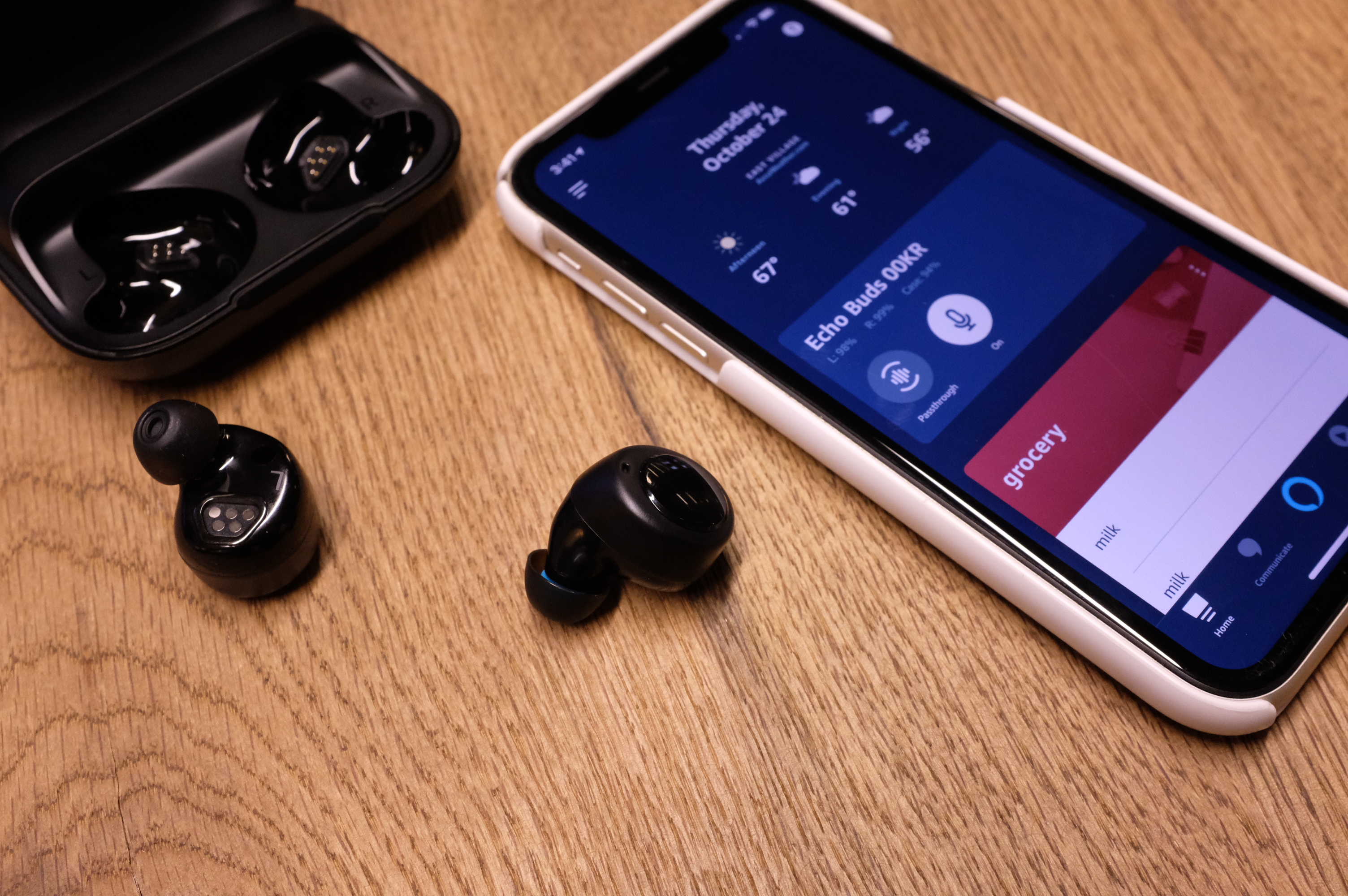 From here, you can customize the touch gestures. By default, a double tap on the left or right ear toggles between active noise reduction (not full-on cancelation) and pass-through modes, while pressing and holding fires up Alexa. The nice thing about this is the ability to reduce accidental triggers. That’s probably my biggest complaint with the Galaxy Buds — the slightest adjustment triggers the touch. The app also offers a built-in equalizer, with sliders for bass, mid and treble, along with a five-level slider for the pass-through ambient mode.

The sound isn’t bad for the price, once you’ve got a nice seal and a the settings to your liking. Sony’s spring to mind both for the quality of the audio and the active noise canceling, but they’re priced at nearly double Amazon’s. I suppose we’ll be able to compare it to Apple’s in the near future, but again, pricing is a major consideration. I like the idea of pass through mode more than the actual implementation. The concept is a nice one — the ability to let in your surroundings. The ambient sound feature leans a little too heavily on the microphones. I wouldn’t recommend having it anywhere above a one out of four. Things like an AC unit were amplified to a point that was overwhelming. 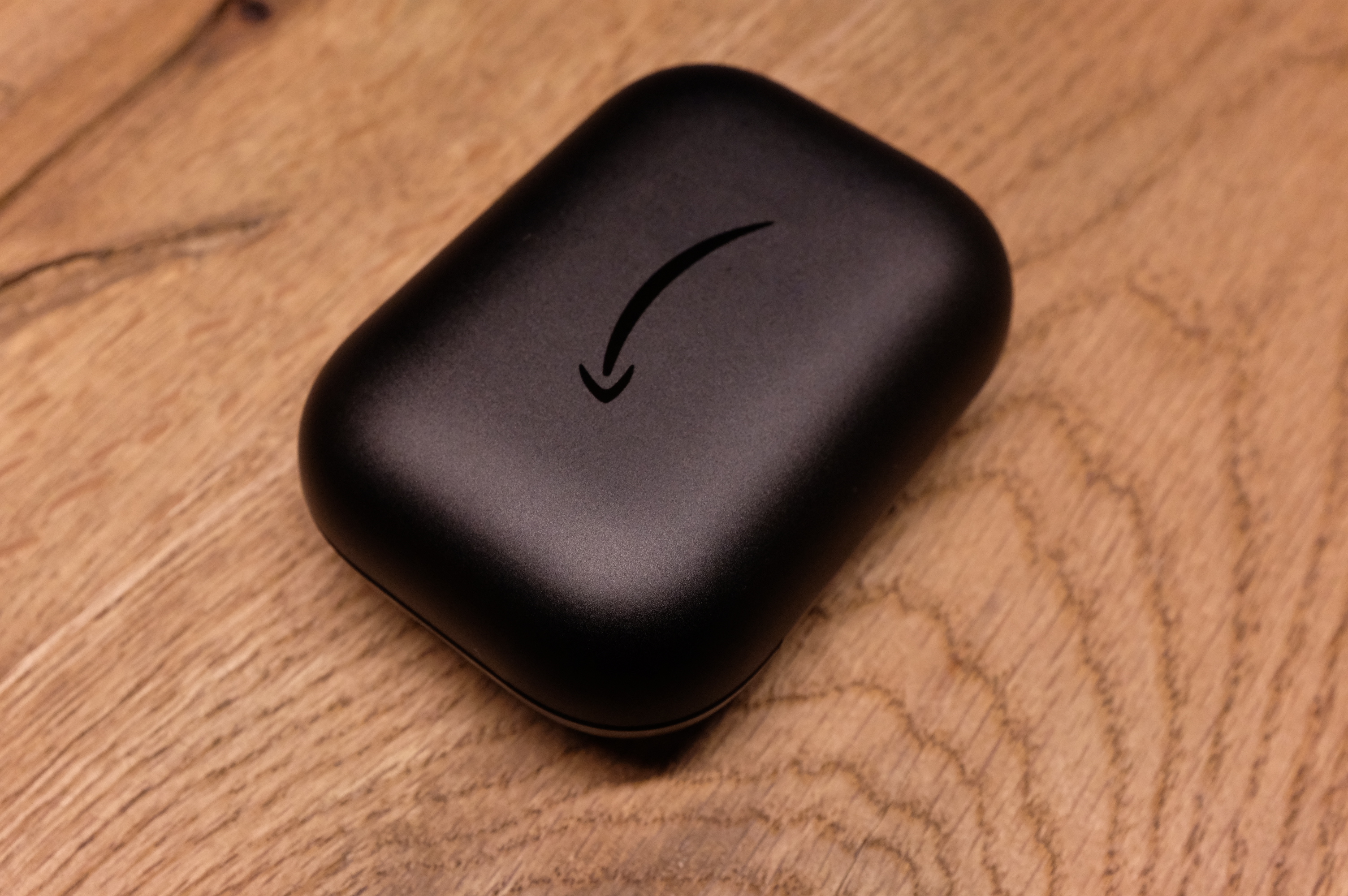 Alexa, meanwhile, is still very much a home assistant, but Amazon should be building upon that as it makes a more aggressive push. This early implementation was a little buggy in the first go. Asking for the news, Alexa had trouble connecting to NPR, and instead just gave me the weather. Trying to get the assistant to fire up noise reduction with my took a couple of goes, but in both cases, I eventually got them to work. On a whole, however, the microphone did a good job recognizing commands.

The design of the buds themselves is fairly generic, but that’s perfectly fine. The charging case, meanwhile, is a pretty reasonable size, somewhere between the AirPods’ little dental floss case and the massive PowerBeats Pros. It’s small enough to carry around in your pocket — one of my biggest issues with Beats’ otherwise terrific earbuds. The materials are certainly on the cheap size, and the inclusion of a microUSB slot in 2019 certainly gives the industry of a company working hard to keep prices down.

At $130, they’re priced $30 less than the standard AirPods 2. Amazon would have done well to go all in on pricing here — $99 would have been a really solid sweet spot for the company — well below other premium earbuds. That’s still a decent premium over off-brand buds, but a familiar name — and assistant — would surely carry some weight with Amazon shoppers. And given that much of the market has settled at between $150 and $250, they’re a downright deal by comparison. 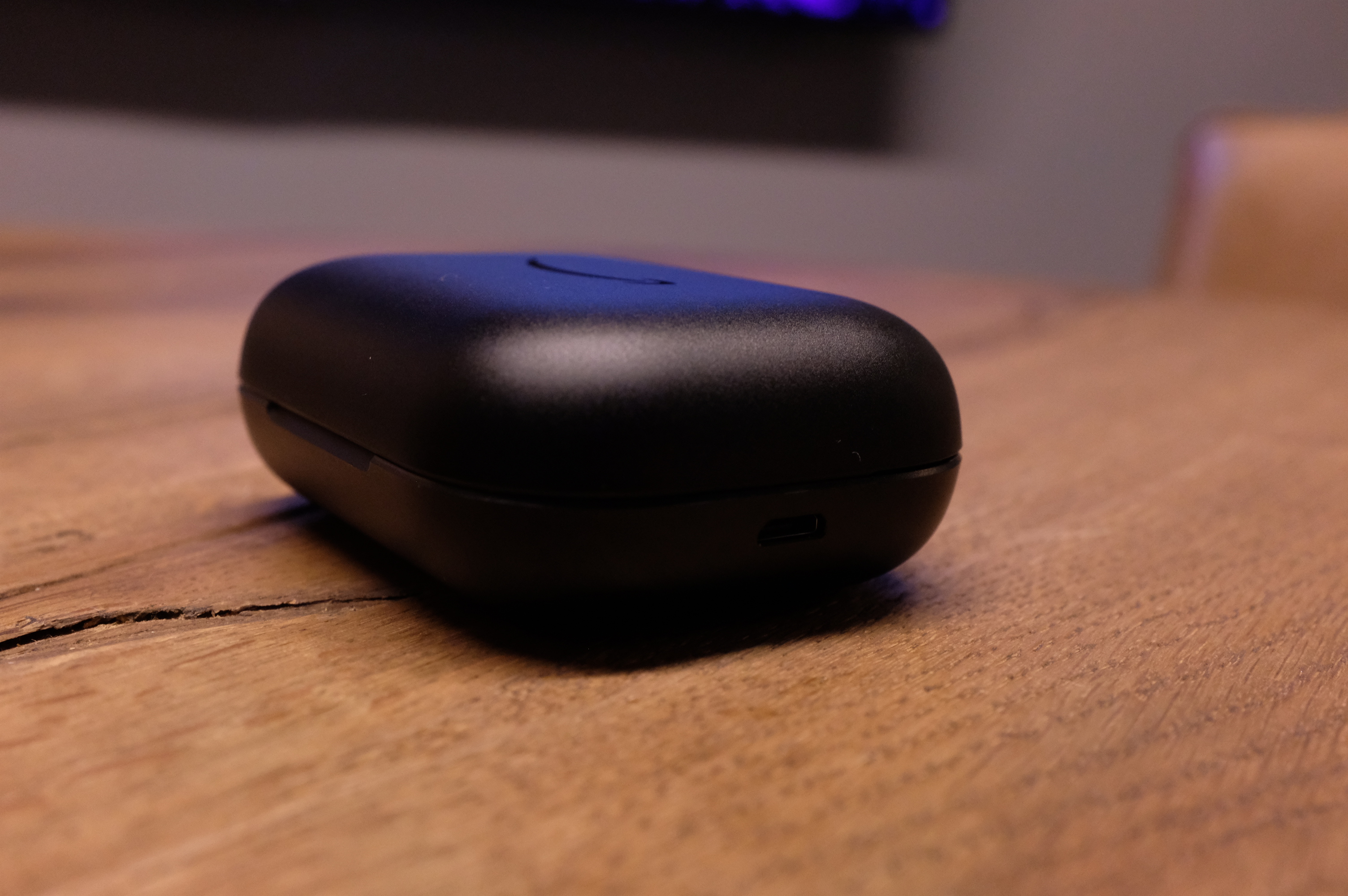 Amazon will almost certainly sell plenty, and knowing Amazon, we may see some decent discounts around the holidays. And hey, with Apple’s recent announcement of $249 AirPod Pros, that $130 price tag just got a whole lot more appealing.