NBCUniversal has been testing a new ad unit that allows viewers to buy — directly from their phone — products featured on the show they’re watching.

We’ve written about other companies creating shoppable video technology, but that usually means adding links or other elements to online videos — very different from NBCU’s ShoppableTV, which connects the programming on your living room TV with a shopping experience on your phone.

The company is using QR codes to achieve this. An ad with the code will pop up at on the bottom of the screen during relevant moments of the show. If you’d like to purchase the product, you can point your camera at the code and you’ll end up following an affiliate link to the sponsor’s e-commerce site.

So far, NBCU has tested this with sponsors like Lacoste during the French Open, Walmart on Today, Roli on NBC’s “Songland” and Zwift during the Tour de France. In some cases, the announcers are explicitly pointing viewers toward the ad. In others, it just shows up in the bottom-third of the screen.

Now NBCU is officially taking the ad unit out of beta testing, and plans to start using it across its unscripted programming, including Sunday Night Football. 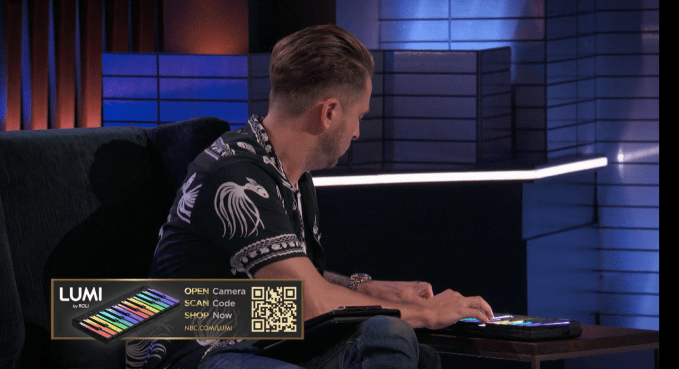 The company also said it has already been reaching tens of millions of viewers with the unit, resulting in an average conversion rate that’s nearly 30% higher than the e-commerce industry benchmark, and in 10% growth rates on social media.

When I discussed the format with NBCUniversal executives Josh Feldman and Collette Winn, they argued that not only are the ads performing for advertisers, but also delivering a better experience for viewers, too.

“You’re not searching for the item … what you’re seeing is what you’re able to buy,” Winn said. “It’s not in your face. It’s brought in really seamlessly.”

And if you’re worried about product ads suddenly flooding your favorite shows, Winn noted that it will be limited to one brand per program.

She also said NBCU is experimenting with how these formats might show up in different devices — for example, on an internet-connected TV, where the ad might incorporate more interactions with the remote.