Veronica Chou’s family has made its fortune at the forefront of the fast fashion business through investments in companies like Michael Kors and Tommy Hilfiger. But now, the heiress to an estimated $2.1 billion fortune is launching her own company, Everybody & Everyone, to prove that the fashion industry can be both environmentally sustainable and profitable.

There’s no argument about the negative impacts of the fashion industry on the environment.

The textiles industry primarily uses non-renewable resources — on the order of 98 million tons per year. That includes the oil to make synthetic fibers, fertilizers to grow cotton and toxic chemicals to dye, treat and produce the textiles used to make clothes. The greenhouse gas footprint from textiles production was roughly 1.2 billion tons of CO2 equivalent in 2015 — more than all international flights and maritime shipments combined (and a lot of those maritime shipments and international flights were hauling clothes).

The litany of catastrophes that can be attributed to the clothing industry extends to pollution, as well. About 20% of industrial water pollution globally can be traced to the dyeing and treatment of textiles — and microplastics from polyester, acrylic and nylon are polluting the world’s oceans.

Meanwhile, the rise of fast fashion has encouraged consumers to accelerate waste. Roughly one garbage truck full of clothes is landfilled around the world every second, according to a 2017 report from the Ellen MacArthur Foundation. That means consumers are throwing away around $400 billion worth of valuable goods every year as low prices and more “seasons” create an illusion of disposability. 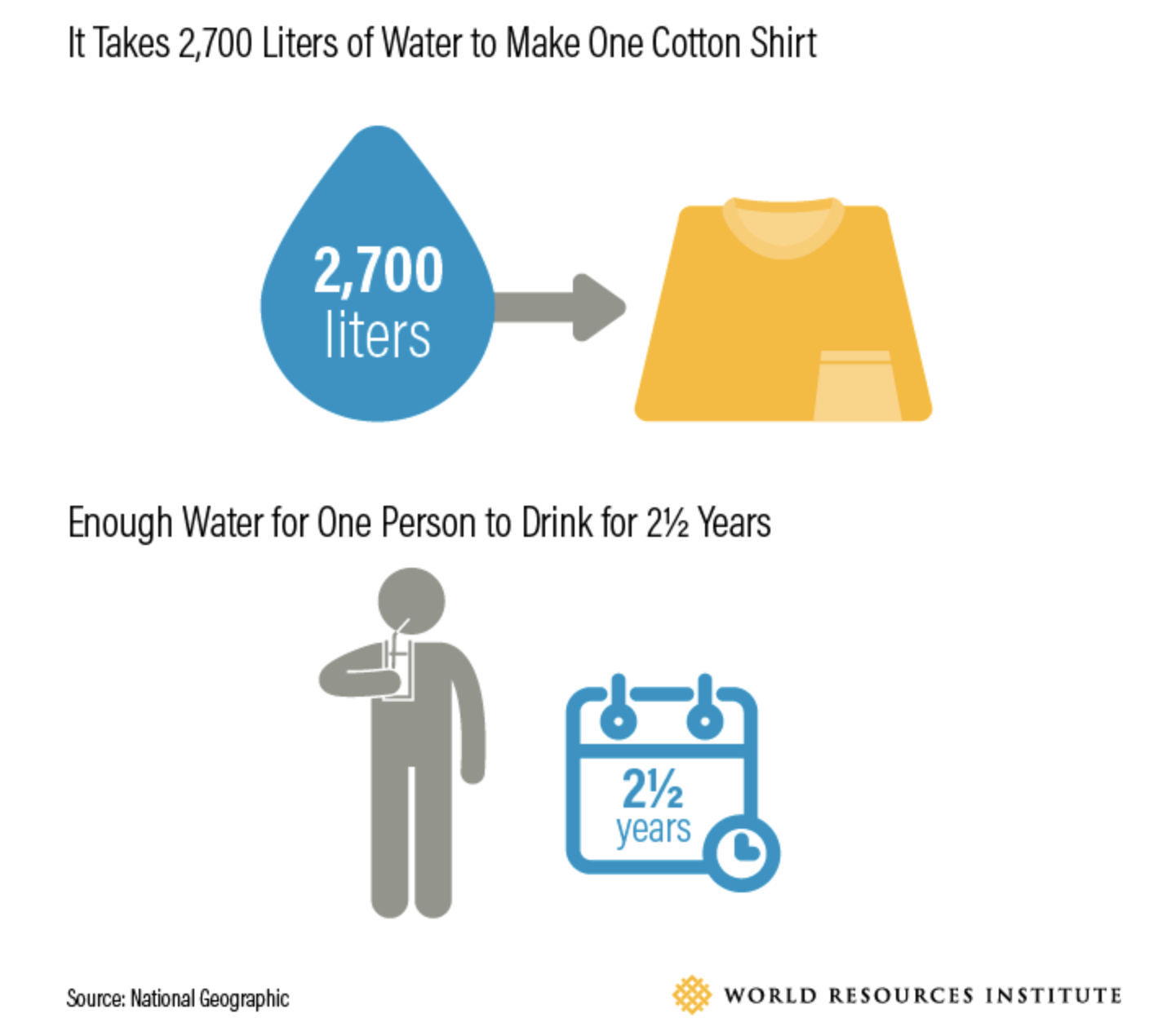 As the fashion business has expanded, so has the wealth of the Chou family. South Ocean Knitters, the knitwear manufacturer started by Chou’s grandfather, was responsible for one of the first foreign investments into mainland China in 1974. It is now one of the largest suppliers of knitwear in the world, and, together with the Hong Kong manufacturer Li & Fung, is behind the Cobalt Fashion Holding conglomerate.

And her father, Silas Chou, made millions as an investor in Michael Kors and Tommy Hilfiger. As an executive at Iconix Brand Group China, Veronica Chou played a role in the acceleration of the industry — bringing American brands to Chinese consumers. Chou also served as the co-founder of the Beijing-based private equity fund China Consumer Capital and as a director of Karl Lagerfeld Greater China.

For Chou, an understanding of the environmental toll that the family business was taking on the planet began six years ago — a few years before Iconix Brand Group acquired the China subsidiary she had co-founded with her father in a transaction reportedly worth $56 million.

It was around the time that Chou had her children, she says, that she realized the importance of making a brand that was both environmentally sustainable and inclusive.

“It was six years ago I started learning about sustainability and five years ago that I said that I needed to have a sustainable brand,” says Chou.

Since that revelation, Chou dove into the world of sustainable manufacturing head-first. Through her family’s investment vehicles she has worked with companies like Modern Meadow, which uses bio-engineering to make leather goods in a lab. Chou has also led investments in Thousand Fell, a soon-to-launch manufacturer of fully recyclable shoes; Dirty Labs, which is developing more sustainable laundry cleaning products; and Carbon Engineering, which is developing a direct air capture technology for carbon dioxide.

Everybody & Everyone applies the lessons that Chou has learned about sustainability to a new fashion brand that she hopes can serve as a model for how to weave sustainability into every facet of the industry.

The new brand, which sells women’s clothes for every size from 00 to 24 and at prices ranging from $18 to $288 (most fall in the $50 to $150 range, given a quick scroll through the company’s new website) partners with companies like Naadam and Ecoalf for sustainable cashmere and recycled fabrics made from plastic.

“For our brand, recycled is a big story for us,” says Chou. “Our t-shirts, our socks, our packaging, our mailers, our labels, our stickers are all made from recycled materials that can be recycled again.”

The company’s attention to its environmental impact also extends to its supply chain. “Most of our fabrics are knit close to where our garments are manufactured. That is definitely reducing our carbon footprint,” says Chou. “I put an emphasis on having factories in America… our denim is manufactured in America and in the future we’re looking at t-shirts and athletics to be manufactured in America.”

Some clothes are also made with fabrics that have recycled silver in them — so that the clothes can be worn multiple times without smelling or the need for a wash.

Digital printing is used in place of screens to prevent tons of water waste, the company said, and several of the company’s fabrics are not dyed at all. instead, the company relies on an upcycling process by separating recycled fibers mechanically by color.

Everybody & Everyone has also partnered with the organization One Tree Planted to plant a tree for each purchase that’s made with the company. In addition, the company has calculated its carbon footprint from all of its pre-launch activities and has bought and retired offsets to balance its emissions, Chou says.

“I started building Everybody & Everyone from the ground-up, first by getting the best team in place then by finding the right vendors, manufacturers and partners who were already making strides in the sustainability space,” Chou said in a statement. “I wanted this brand to be for every woman, so body positivity, inclusivity and sustainability were going to be the backbone of everything we did. We then constructed the brands sustainable & technical pillars, which consist of activation, recycled, dyeing & printing, naturals done better, bio-based fibers and end use to ensure our products would minimize negative impacts. We are sustainable down to the labels sewn into each garment.”