The funding initiative also has a new leader, Phuthi Mahanyele-Dabengwa, who joined Naspers in July as a CEO reporting to Group CEO of Naspers, Bob van Dijk.

Founders from other parts of Africa with startup operations in South Africa can be considered for funding, she clarified.

Naspers Foundry will back companies that align with the internet businesses on which Naspers focuses — such as food, payments or classifieds — and any other digital venture that addresses a societal need.

On financing size, the Foundry will make equity investments in various amounts, primarily from Series A up to Series B, according to Mahanyele-Dabengwa.

Pre-series funding won’t be on the table, for now, but could be at some point. “We’ve been talking to our stakeholders…and there really is a need [in the region] for much more earlier stage [investment]. So we are giving thought to that,” she said.

Naspers Foundry is already engaged in outreach screening activity, but does have a rolling application call on its website open to any startup that meets specific criteria. 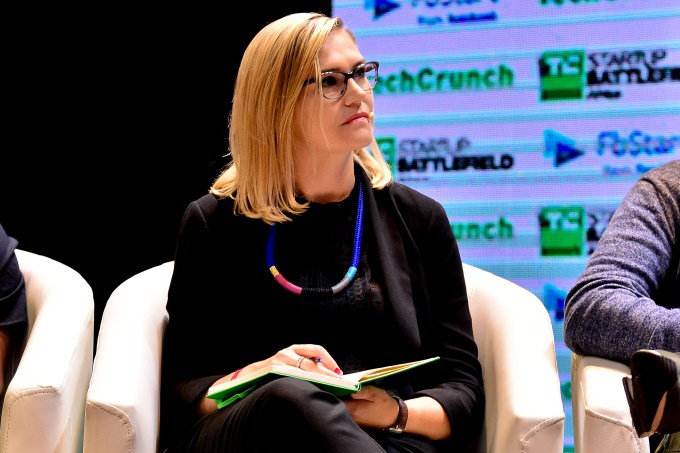 On her role in recruiting and determining startup investments, Mahanyele-Dabengwa points to her market experience.

She has experience in the U.S. and U.K., having obtained academic degrees in both countries.

There’s also some precedent in her new role, as Mahanyele-Dabengwa is the first female and first black chief executive in Naspers’ 104-year history.

For its VC allocation, Naspers Foundry will make investments over a three-year period. The Foundry is part of a 1.4 billion rand (≈$314 million) overall commitment by Naspers to support South Africa’s tech sector.

As a firm, Naspers is on the top 100 largest global companies list — 85th by its $108 billion market cap, just after Nike — and is one the world’s largest tech investors.

Aside from operating notable internet, video and entertainment platforms, Naspers has made significant investments in Europe, India, Asia and South America.

Naspers was also an early investor in Chinese tech group Tencent, selling $10 billion in shares this year after a $32 million investment in 2001.

The company recently carved out a new holding company, called Prosus NV, to relist a portion of its assets on Amsterdam’s Euronext stock exchange.

Though Naspers Foundry will not back startups outside South Africa, Mahanyele-Dabengwa noted that its parent — Naspers — can finance ventures anywhere on the continent, if it sees the right opportunity.

The South African media group has invested less (and been less successful) in Africa, in contrast to its robust global activities.

One of Naspers’ early Africa investments, Nigerian e-commerce startup Konga, was sold in a distressed acquisition in 2018.

The company recently added around $70 million to its commitment to South African e-commerce site Takealot and made one of the largest acquisitions in Africa this September, buying South Africa’s Webuycars for $94 million.

The country was previously an unquestioned leader and outlier on the continent for its tech scene and VC investment. But over the last decade, South Africa has been rivaled by Kenya and Nigeria on venture capital and startup formation.

In Africa’s tech ecosystem — which only recently surpassed $1 billion annually in VC funding — Naspers Foundry’s $100 million could shift the startup financing lead back toward South Africa.