Alphabet-owned drone delivery spin-out Wing is starting to service U.S. customers, after becoming the first drone delivery company to get the federal go-ahead to do so earlier this year. Wing is working with FedEx Express and Walgreens on this pilot, and their first customers are Michael and Kelly Collver, who will get a “cough and cold pack,” which includes Tylenol, cough drops, facial tissues, Emergen-C and bottled water (do people who have colds need bottled water?).

The Collvers are receiving their package in Christianburg, Va., which is where Wing and Walgreens will run this inaugural pilot of the drone delivery service. Walgreens gets a noteworthy credit in the bargain, becoming the first U.S. retailer to do a store-to-customer doorstep delivery via drone, while FedEx will be the first logistics provider to deliver an e-commerce drone delivery with a separate shipment.

Wing is also working with Virginia’s Sugar Magnolia, a retailer local to the state, and that part of the equation is focused on proving out how Wing and drone delivery can service last-mile e-commerce customers at their homes. Sugar Magnolia customers can get small items, including chocolates and paper goods, delivered directly to them via drone through the new pilot. 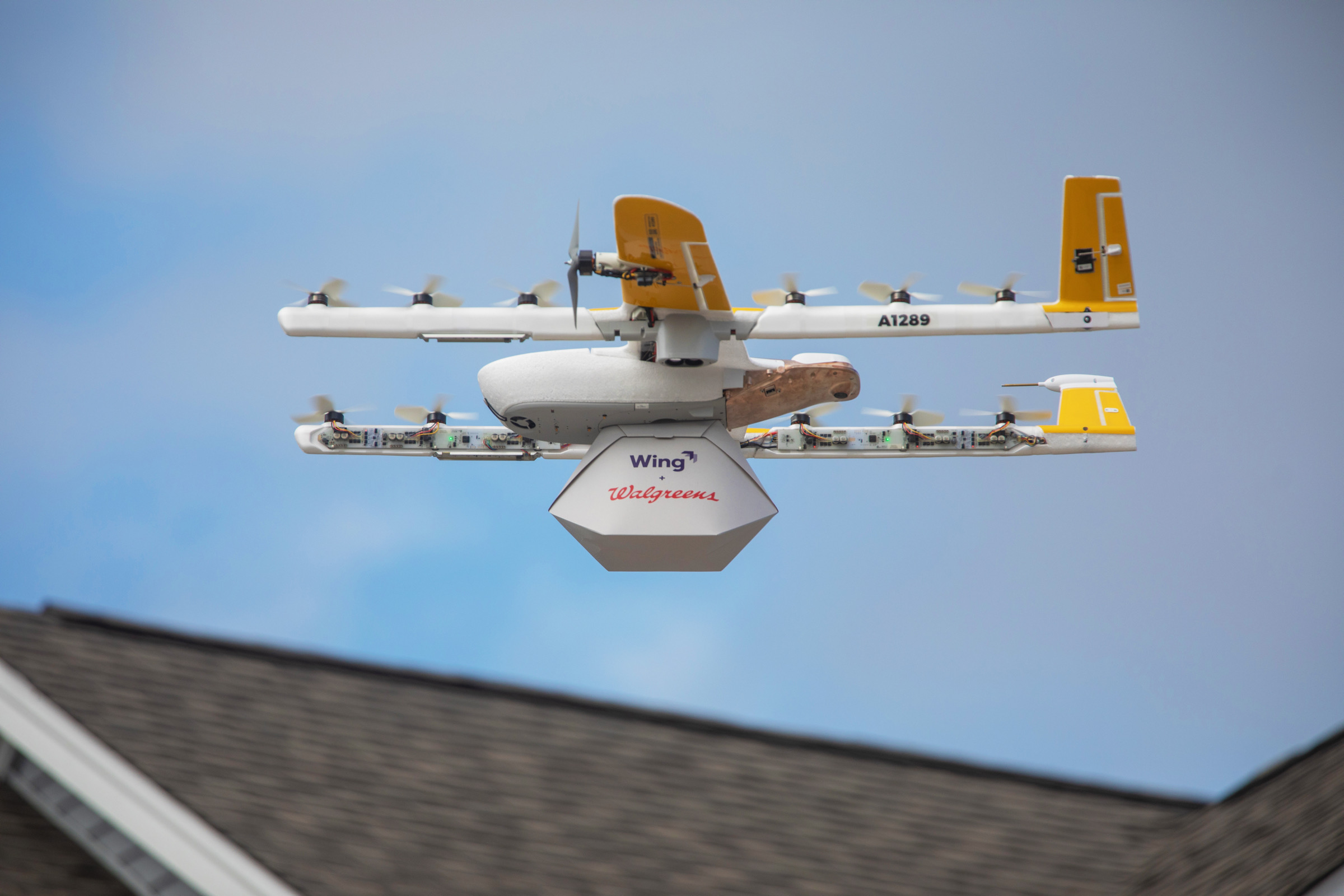 Wing was able to do this with a new Air Carrier Certificate from the FAA that clears it for expanded service, specifically allowing Wing’s pilots to manage multiple aircraft flying without any human pilot on board at the same time, while providing service to the public.

It’s a big milestone when it comes to U.S.-based drone delivery, and another sign that people should get ready for these services to start to be a more regular fixture. Earlier this month, UPS also secured FAA approval to operate a commercial drone delivery service, so the trials will probably come fast and furious at this point — though widespread service is probably still quite a ways off as both regulators and operators look to learn from their first limited deployments.