Since it was founded by journalist Jessica Lessin in 2013, The Information has stood out in the tech news landscape for its focus on an ad-free, subscription-driven business model (a focus that seems increasingly prescient).

Now, the upcoming launch of an app called Ticker suggests that the company is looking to expand its audience while maintaining that subscription model.

The Information describes Ticker as its first consumer app. The assumption is that anyone who’s currently paying the $399 annual fee for an Information subscription needs it for their job — whether they’re an investor, entrepreneur or some other professional in the tech industry.

The new app, meanwhile, is designed for anyone who might be interested in keeping up-to-date with the latest tech news, and it’s priced much more affordably, at $29 per year. (Information subscribers will get access as well.) 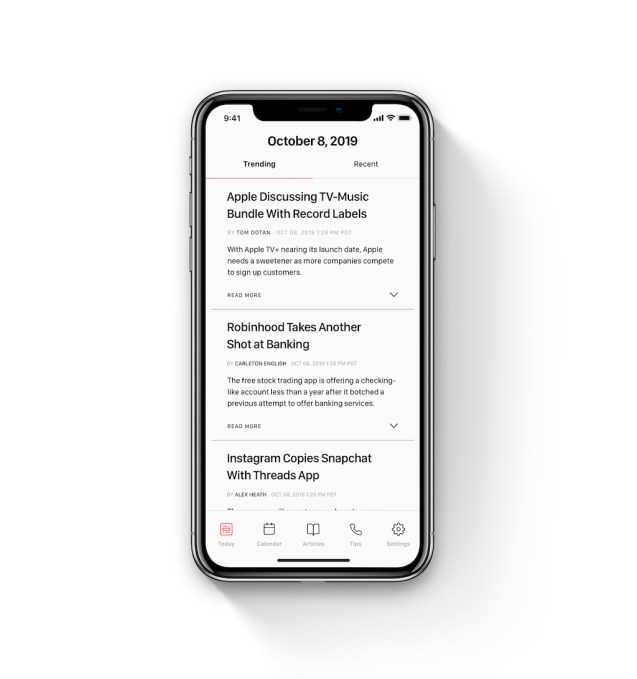 Apparently the app was inspired by the Briefing section of The Information website, which offers quick summaries (often drawn from reporting by other publications) of major tech news.

Ticker, meanwhile, will include a section called Today with summaries of the day’s tech headlines — similar to Briefing, but written for a consumer audience. It will also include a calendar highlighting upcoming IPOs, conferences and other events that readers might want to know about. (Not included: The Information’s full articles and original reporting.)

“More and more, we’ve been hearing from readers who don’t have a business reason to follow tech but are finding it more and more central to their lives,” Lessin said in a statement. “We are launching Ticker for them — giving them access to the best summaries of the most significant news, written by our team at The Information.”

The company plans to launch Ticker later this fall. In the meantime, you can sign up here.