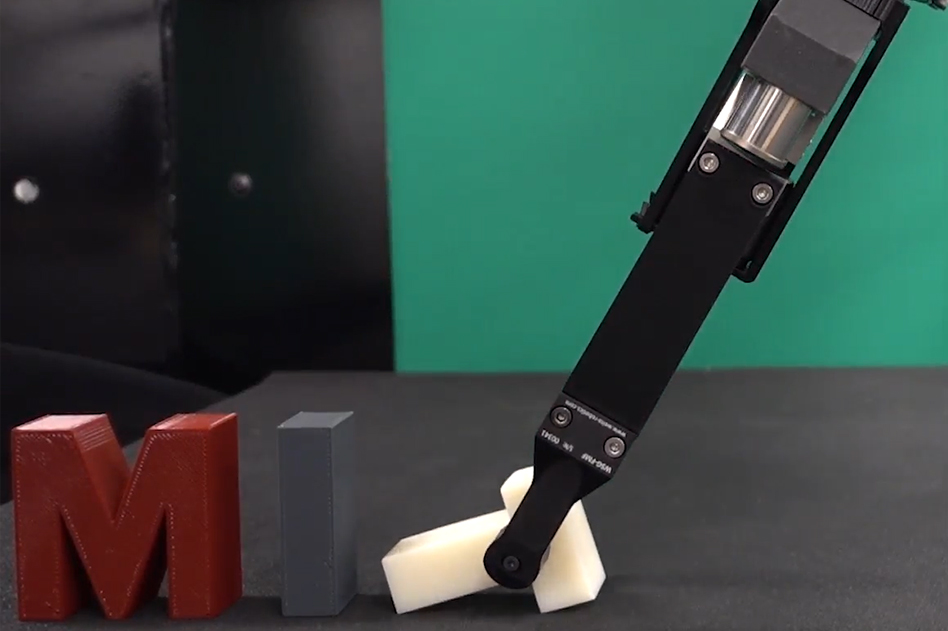 Picking stuff up seems easy, right? It is — for humans with powerful brain computers that instantly and intuitively figure out everything needed to get the job done. But for robots, even advanced robots, the compute required is surprisingly complex, especially if you want the robot to not, you know, break the thing it’s grabbing.

MIT has developed a new way to speed up the planning involved in a robot grasping an object, making it “significantly” faster — reducing the total time from as much as 10 or more minutes to less than a second. That’s many orders of magnitude better, bringing it closer to the realm of human reaction and response time.

This could have big practical benefits to settings where robotics are already in use, including industrial environments. The research team’s method involves having the robot push the object against a surface that doesn’t move, which allows it to shortcut a bunch of the decision-making process about how to manipulate it. That could be applied in picking and sorting applications, which is a common enough use for robots on factory floors and in warehouses.

MIT says this could even be used to improve robotic manipulation of “intricate tools,” and that it can be applied even in the case of simple robotic grippers, rather than just being useful for advanced, highly articulated robotic manipulators.

To prove the validity of its model, the team built an experiment in which a robot gripper held a t-shaped block and pushed it against a fixed, vertically oriented bar. The results mirrored what happened in their virtual models, with the robot being able to plan out control of the gripped block through a maneuver to place it upright on the tablet’s surface in less than a second, whereas it had taken more than 500 seconds using traditional methods.