Two years after the release of the Home Mini, Google’s back with the sequel. Well, “sequel” might be a bit strong. The Nest Mini is more like one of those 1.5 movies they release on home video with a little extra footage than the theatrical release.

That’s not a compliant, exactly. The truth is there are some improvements here, but honestly, Google didn’t really need to do much. The $49 Home Mini sold like hot cakes and is a big part of the company’s rapid growth in the smart home space. 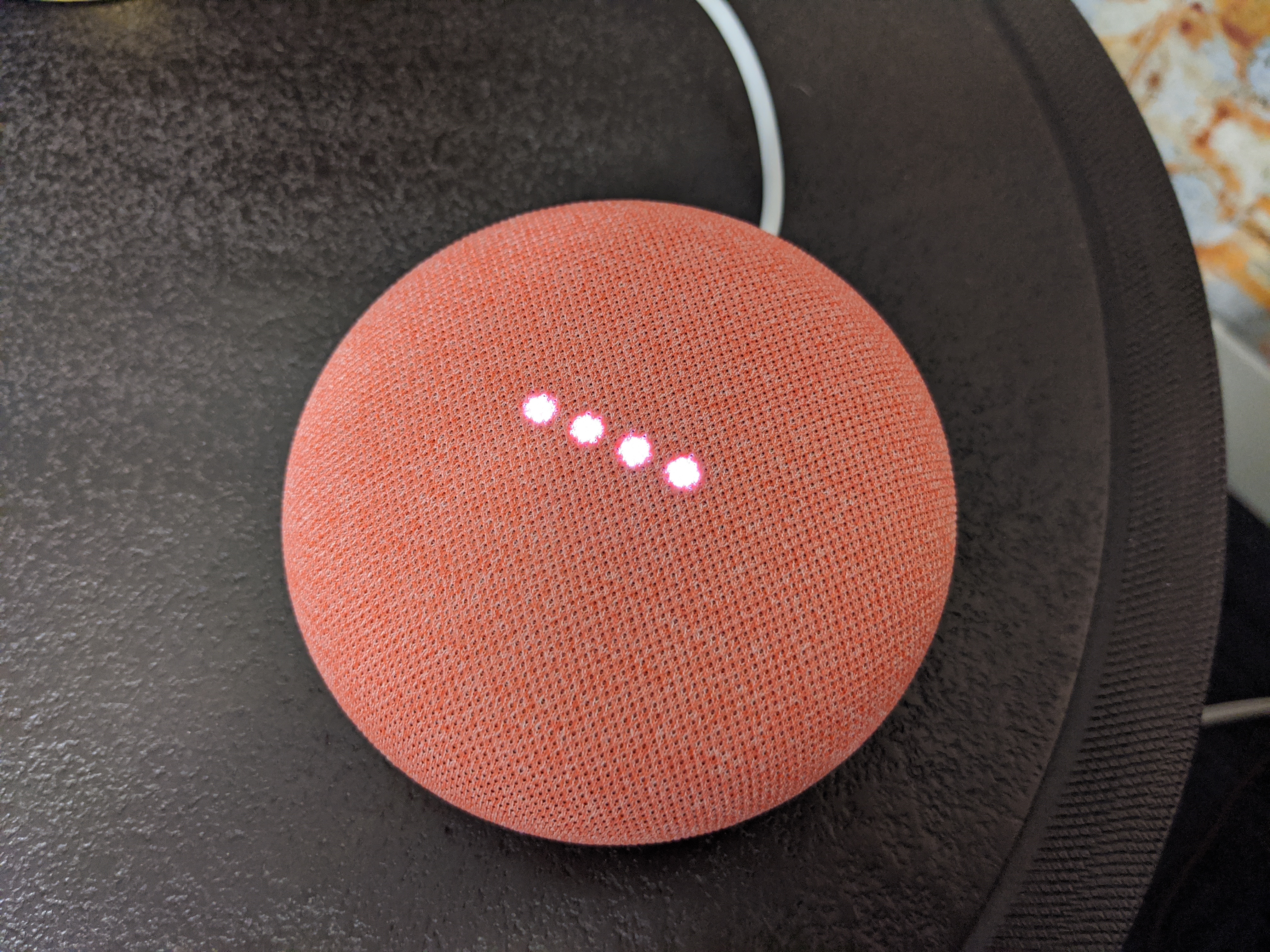 It was a low barrier of entry for those who were curious, but perhaps not fully on-board. And, like the Echo Dot before, it’s been an inexpensive way to outfit an entire home with smart speaker functionality.

Google has smartly kept the price the same with the Nest Mini. The device may not be a loss leader, exactly, but it’s the easiest and cheapest way of hooking users into the Assistant ecosystem — one that will theoretically lead to more smart home purchases, and, perhaps mobile device decisions.

The Nest is nearly identical to its predecessor. That, too, is fine. It’s simple and with a choice of four pastel colors (Chalk, Charcoal, Coral and Sky), it should fit most interior designs reasonably well. Bonus points for the new fabric covering, which is made entirely from recycled plastic bottles. Google says one half-liter bottle will cover two Minis. Interestingly the new cloth doesn’t negatively impact the sound. 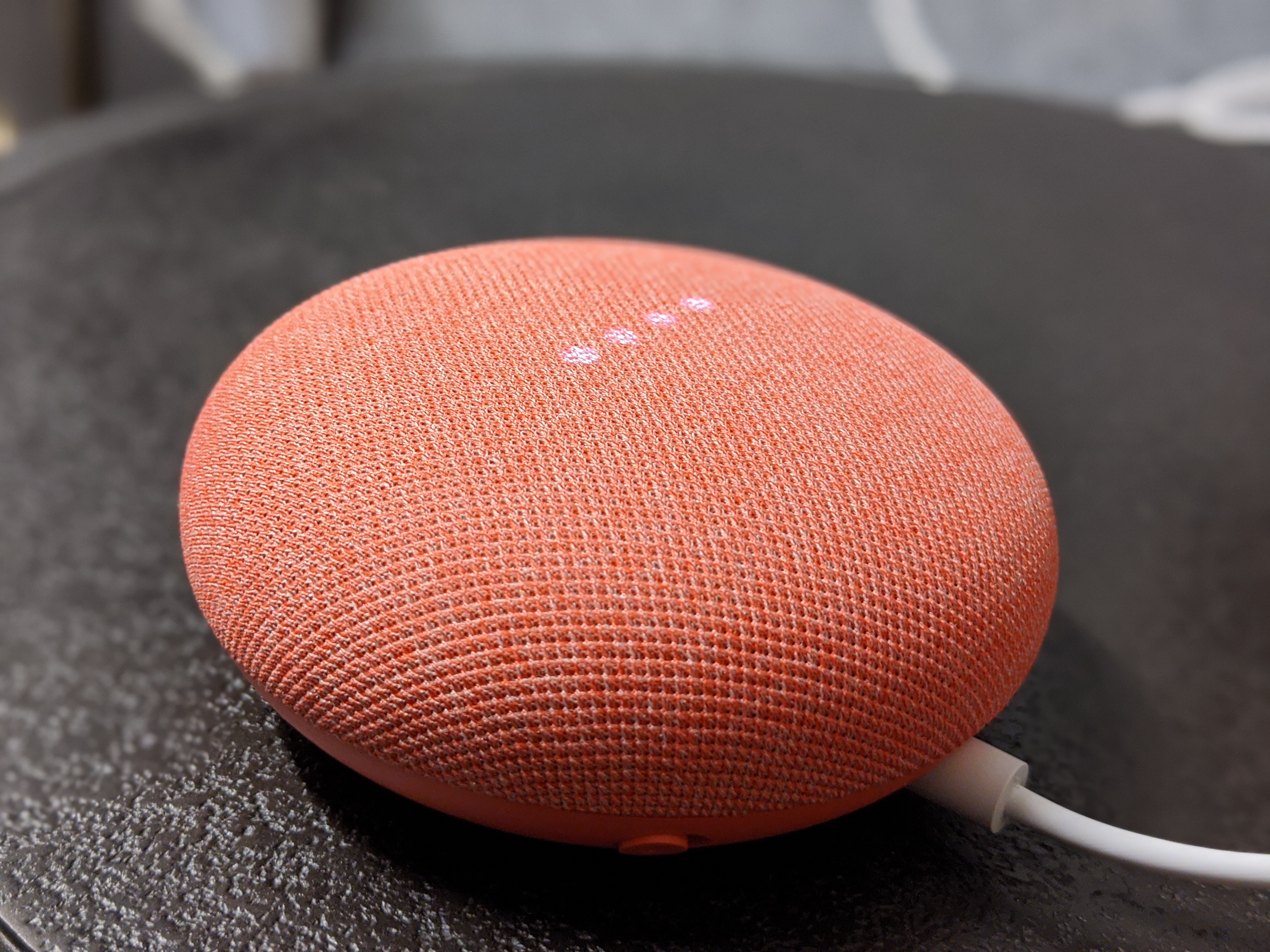 Speaking of, that’s the biggest upgrade on-board. Sound has been improved over the original with a louder max volume and twice the bass. I’ve been listening to music at home on the new device, and while it gets pretty loud, I can’t recommend it as a standalone speaker. There are much better options for that. It serves Assistant and voice playback pretty well, but it gets a bit distorted at louder volumes.

I do quite like the music playback controls, however. Tap the center to play or pause music and either side to increase and decrease volume. When your hand approaches the speaker, two dots will illuminate on the edges to show you where to touch. Paired in stereo mode with another, better speaker (like, say, the Home Max) and it serves as a cool little touch control. The recent addition of stream transfer, meanwhile, makes it easier to keep listening to music as you change rooms.

Another interesting tidbit that didn’t get a lot of mention at today’s event is dynamic volume adjustment, which adjusts the sound based on background noise. It’s similar to the feature the company teased with today’s Pixel Buds reveal and could come in handy if you happen to live or work in a loud environment. Take that, neighbors. 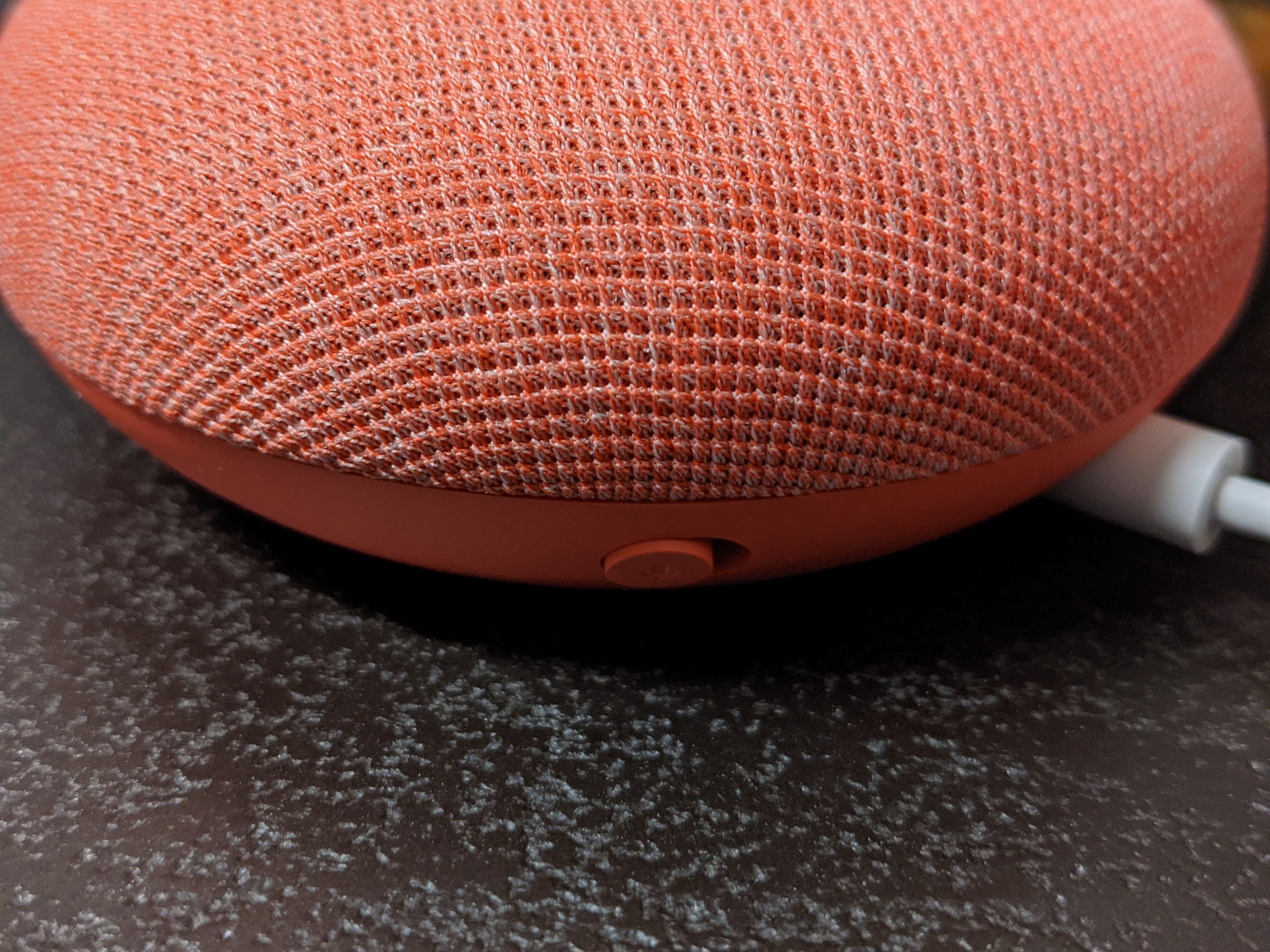 The new Mini presents one of the more compelling use cases I’ve seen for Duo thus far (and honestly, I haven’t seen a ton). You can use the device as a kind of speakerphone with the app. I can certainly see this coming in handy for things like work calls at home. If you’ve got a big home, you can also use it as an intercom to communicate with other Home/Nest devices.

One other bit worth mentioning is the smart addition of a wall mount on the bottom of the device. It’s something small, but handy. Using a nail or thumbtack (well, probably just a nail, given the size/weight), you can now hang the Mini on a wall. Apparently this was a pretty heavily requested feature for those with limited shelf space. I could certainly imagine sticking it in my kitchen, where counter space is at an extreme premium — though dealing with the cord is another question entirely.

The Nest Mini arrives on retail shelves and walls October 22.