Before Google moves to bring its human-sounding robot calling service Duplex to help users automate their interactions with businesses to international markets, an Indian giant is deploying its own solution to get a jumpstart on the local market.

Reliance Jio today unveiled AI-powered Video Call Assistant service that will allow businesses to automate their customer support and other communications. The service, built in collaboration with Radisys, a U.S.-based subsidiary of Reliance Industries, can be accessed via a 4G phone call and does not require installation of any additional app, Jio said.

Executives of Reliance Jio demonstrated the technology on Monday at the third installment of Indian Mobile Congress, similar to but not affiliated with the trade show Mobile World Congress. They said they have already courted a number of customers for this service, including HDFC Bank.

In the demo, a user dials a regular phone number and sees a video chat option. Once tapped, the user is greeted by a pre-recorded video message from a human. To demonstrate the AI’s capabilities, an executive of Reliance Jio asked the bot what was the interest rate on personal loans. The human-looking bot was able to answer the question without any delay.

The company, which became the largest telecom operator in India in three years, is also offering audio and text bot options to brands, executives said. “It may be a large business or small, our bot service is built for all,” one of the two executives said. 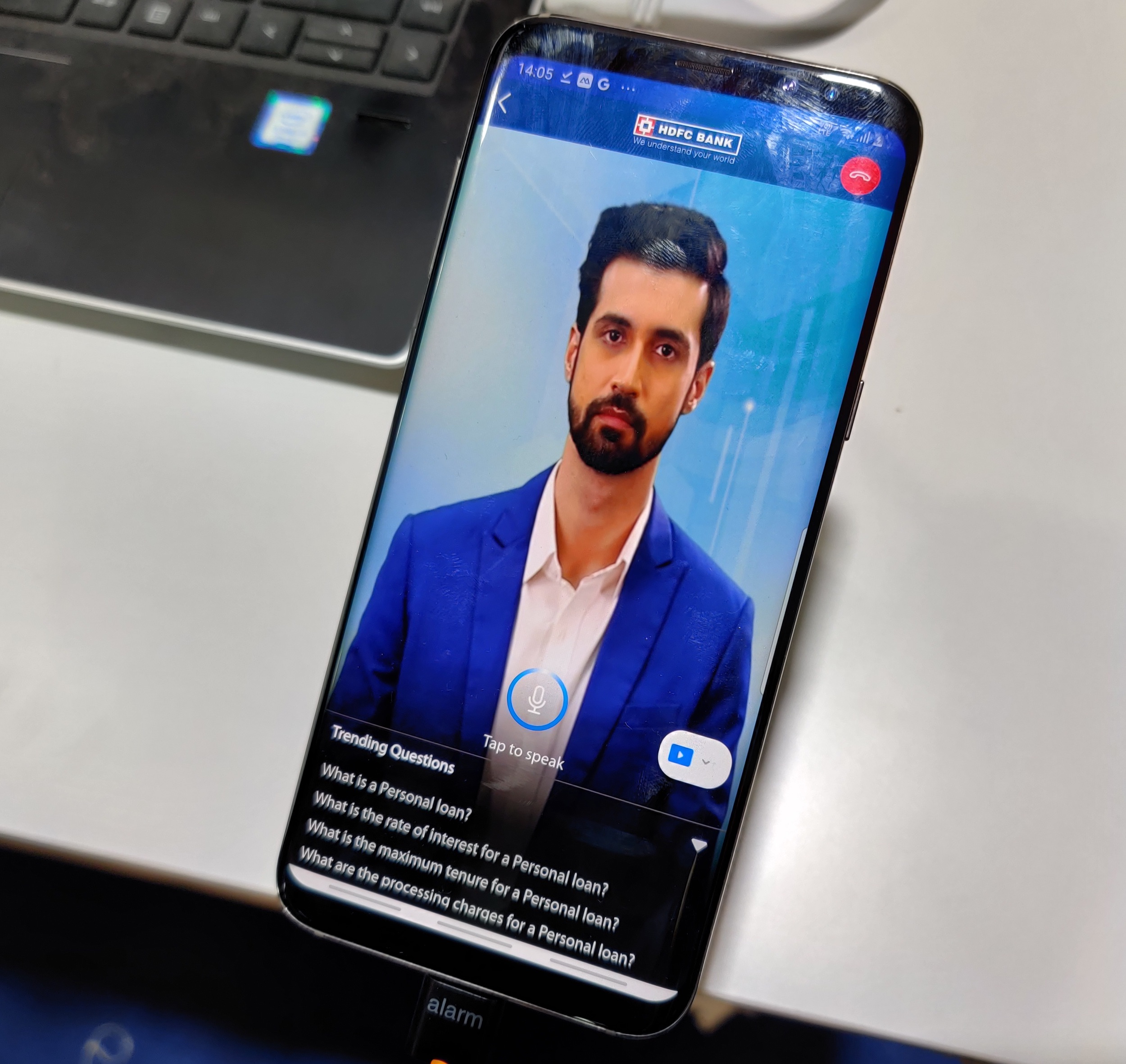 The company is hoping to address the “current customer pain points like endless call-hold music or seemingly never-ending IVR wait-times,” it said, as it looks to court more businesses in the country.

Earlier this year, Reliance Jio inked a deal with Microsoft to bring Office 365 and other services from the Redmond-headquartered giant to small businesses in India for subsidized cost.

The company has also developed a point-of-sale machine that its agents are increasingly trying to sell to neighborhood stores in the nation. Popularly known as kirana stores, these millions of mom and pop shops dot the entire country.

Reliance Industries, parent firm of Reliance Jio and the largest industrial house in the nation, also operates the largest retail chain in the country, called Reliance Retail. Despite billions of dollars spent on India’s e-commerce market, online sales still amount for just 3% of the overall sales in the nation, according to industry estimates.

The person who appears on the video chat could be replaced by anyone from the CEO of a company to a brand ambassador, Reliance Jio said. “We aim to democratize AI by enabling small businesses to create their own AI-based Bot with no coding and with minimal effort,” it added.

The company plans to introduce support for multiple languages to its bot service and serve “millions of businesses” across various industries in India.

Jio did not reveal when it plans to launch the developer kit to the public, but a spokesperson told TechCrunch that it will be made available “in the near future.”

Jio has made no secret that it wants to develop AI assistants to help businesses. Last year, it acquired Haptik, a Mumbai-based startup that develops “conversational” platforms and virtual assistants. The size of the deal was $100 million.

Aakrit Vaish, co-founder and CEO of Haptik, told TechCrunch in an interview earlier that the startup was developing voice bots.