A spokesperson for Bird tells TechCrunch Estrada is leaving the Santa Monica-based company to be closer to his family. Nuro, for its part, is based in Mountain View, Calif. 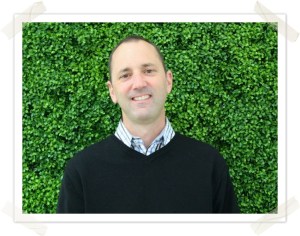 Estrada, who previously oversaw public policy at the electric aircraft company Kitty Hawk as its chief legal officer, has been responsible for Bird’s compliance and government relations efforts as the company scaled to over 100 global cities. Prior to joining Kitty Hawk, Estrada spent nearly two years as Lyft’s vice president of government relations and worked as the legal director for Google X, partnering with states on legislation around autonomous vehicles, Google Glass and drone delivery.

Nuro, founded in June 2016, has emerged as a key player in the rapidly expanding autonomous delivery sector. The company has attracted a whopping $1.03 billion in venture capital funding to date, according to PitchBook. SoftBank funneled an astounding $940 million into the business earlier this year at an undisclosed valuation. In addition to SoftBank, Nuro is backed by Greylock and the Chinese venture capital firm Gaorong Capital.

The company has been developing a self-driving stack and combining it with a custom unmanned vehicle designed for last-mile delivery of local goods and services. It began piloting grocery delivery in 2018 in the Phoenix suburb of Scottsdale.

Bird has overcome a number of unique hurdles with many more afoot, including pushback from local governments that were aggravated by the sudden appearance of hundreds of scooters. At Nuro, Estrada will have the opportunity to focus on the future of unmanned delivery, another sector faced with regulatory challenges and political barriers.

Bird raises $275 million Series D round at a $2.5 billion valuation