Her husband founded Sahara Reporters to create and aggregate news content, social media tips and self-digital reporting toward exposing corruption in Africa and his home country of Nigeria.

After being jailed and beaten several times for his journalistic work in Nigeria, Sowore re-located to New York City and formed Sahara Reporters in Manhattan in 2006 to report under U.S. legal protections.

Several outlets, including Reuters, reported his arrest in August 2019. According to Opeyemi Sowore — who lives in New Jersey — her husband was detained in Lagos on August 3rd. He was then transferred to Nigeria’s capital, Abuja.

Per social media and press reporting, Omoyele Sowore (who goes by Sowore), was participating in the #RevolutionNow movement calling for peaceful demonstration against bad governance in Nigeria.

After several hearings, he is still being held in Abuja, his wife said. 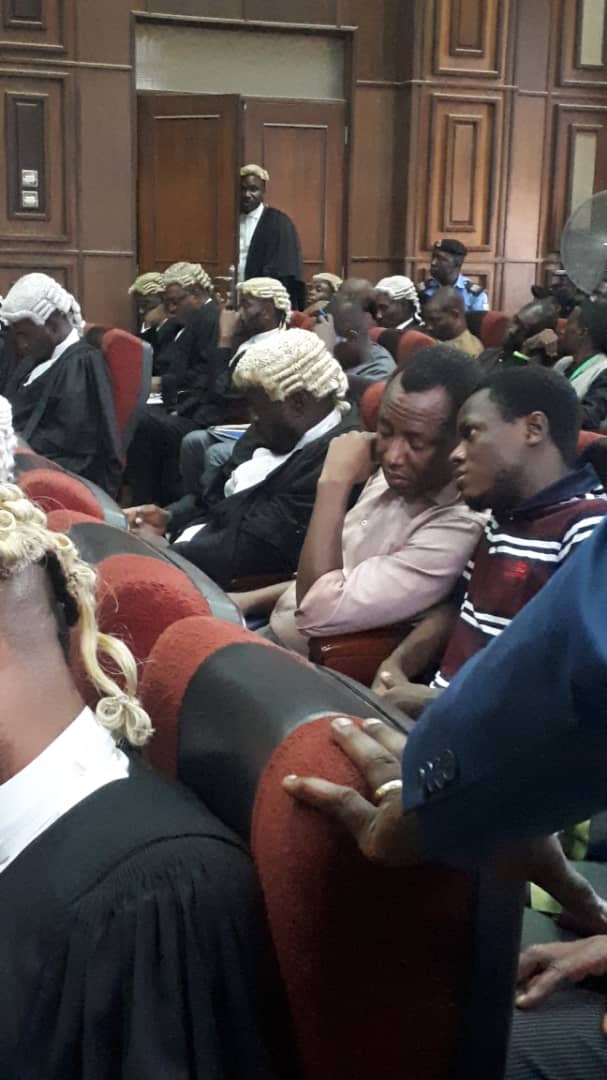 According to a copy of his court charging document obtained by TechCrunch, Sowore is charged with two counts of conspiring to stage a revolution and to remove from office Nigeria’s president, Muhammadu Buhari, “otherwise than by constitutional means.”

Sowore is also charged with cybercrimes for “knowingly send[ing] messages by means of a press interview granted on Arise Television…for the purpose of causing insult…and ill-will on the…President of the Federal Republic of Nigeria” and for money laundering based on the transfer of $19,975 between a Nigerian bank account and a Sahara Reporters held account in New York.

Sowore pleaded not guilty to the charges and rejected an offer of bail for roughly $800,000, according to press reports and his wife.

As for the veracity of the charges, Sowore’s wife Opeyemi believes they are a cover to go after her husband for his activism and work with Sahara Reporters.

Sowore has never been an advocate of violence or insurrection, according to his wife.

“If you look at his history he is the most peaceful person. He does what he does so Nigeria can work for all Nigerians…be inclusive of all ethnic groups, all socio-economic backgrounds, and religions,” Opeyemi Sowore said.

“I think the charges are about silencing a critical voice that’s shining light on corruption,” she added.

Not everyone is a fan of Sowore and Sahara Reporters’ work, particularly in Nigeria. The country has made strides in improving infrastructure and governance and has one of Africa’s strongest economies and tech scenes.

But Nigeria is still plagued by corruption, particularly around its oil resources, and has a steady stream of multibillion-dollar scandals — yes billions — in state-related funds being stolen or simply going missing.

Sahara Reporters has made a practice of reporting on such corruption. The site, which has a tips line and small TV station, has exposed improprieties of many public officials and forced a number of resignations in Nigeria’s government.

In the previous administration of President Goodluck Jonathan, Sahara Reporters played a role in exposing the theft of an estimated $20 billion in public funds by Petroleum Minister Diezani Alison-Madueke, who was forced to resign and eventually arrested.

The internet, mobile and digital media play a central role in the work of Sahara Reporters. In an interview in 2014, Sowore explained to me how these mediums often do much of the investigative work.

“In many cases, there’s less investigation to breaking these stories than you’d think. The corruption and who’s perpetrating it is generally well-known and the evidence easy to distribute through social media and devices. We just need a safe place to report it from, and the rest often takes care of itself,” Sowore said.

Ironically, Sowore’s own thesis of using digital and social media for advocacy may be tested on his getting out of jail.

Sowore’s wife is working on a campaign of global supporters — including Amnesty International — to shine a light on her husband’s charges and innocence, and press for his release.

Away from the activism and politics, “I want Yele to come home safely. I’m worried about his safety and we have two small children and they miss their father dearly,” Opeyemi Sowore said.

The trial for her husband Omoyele Sowore is scheduled for early November.