Are consumers ready for meat grown in a lab?

Companies like Memphis Meats, Aleph Farms, Higher Steaks, Mosa Meat and Meatable are all trying to bring to supermarkets around the world meat made from cultivated animal cells, but the problem has always been the cost.

Now, Future Meat Technologies has raised $14 million in new financing to build its first pilot manufacturing facilities to bring the cost of production of a cell-made steak down to $10 per pound — or $4 if the meat is combined with plant-based meat substitutes.

The $10 price tag is a whole lot lower than the $50 target that experts from the Good Food Institute were talking about back in April of this year — and represents a significant cost reduction that makes lab-grown meat a potentially commercially viable option much sooner than anyone expected.

“With this investment, we’re thrilled to bring cultured meat from the lab to the factory floor and begin working with our industrial partners to bring our product to market,” said Rom Kshuk, the chief executive officer of Future Meat Technologies, in a statement. “We’re not only developing a global network of investors and advisors with expertise across the meat and ingredient supply chains, but also providing the company with sufficient runway to achieve commercially viable production costs within the next two years.”

Unlike its other competitors, Future Meat Technologies doesn’t have any interest in selling its products directly to consumers. Rather, the company wants to be the supplier of the hardware and cell lines that anyone would need to become a manufacturer of lab-grown meat. 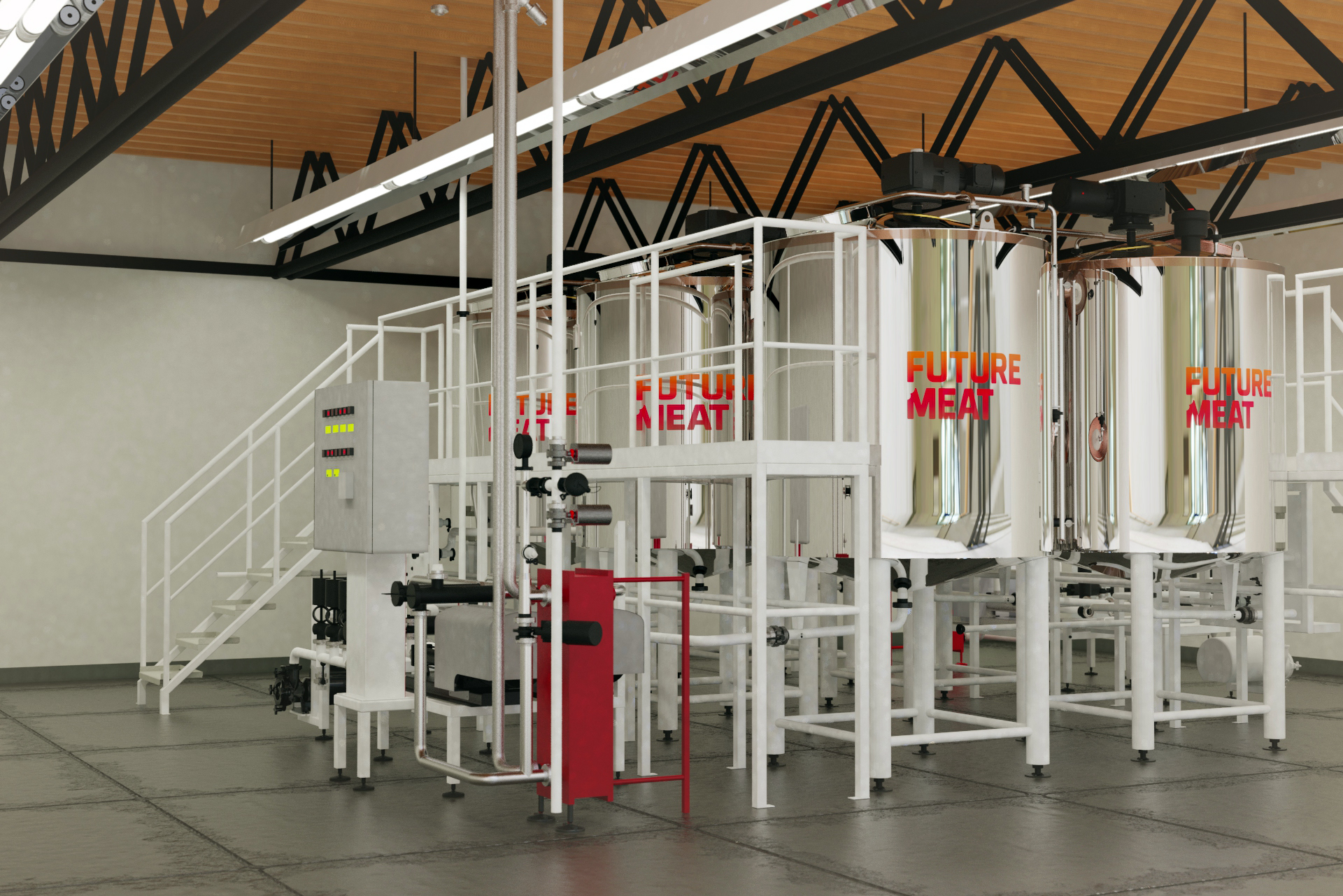 The secret to Future Meat’s success is its use of undifferentiated fibroblast cells that can be triggered with small molecules to turn into either fat cells or muscle cells. Once the fat and muscle starts growing, they’re placed in a culture with a specific resin that removes waste materials that have been an impediment to growth at large scales, according to chief science officer and founder Yaakov Nahmias.

While Future Meat doesn’t rely on fetal bovine serum to grow its meat products, it does use small molecules derived from CHO cells (Chinese hamster ovaries), which are used in new medical research and drug manufacturing.

“We have a specific resin to remove the toxins from the media and that allows the cells to continue to grow,” says Nahmias. “It is essentially a new bioreactor design… you can increase the yield to 80%.. For every liter of medium you don’t get 100 grams of biomass you can get 800 grams of biomass… [and] you don’t talk about mega $100 million factories.”

Nahmias says using a refrigerator-sized bioreactor, a manufacturer could get about half a ton of meat and fat in about 14 days. In about one month, growers can make an amount of meat equivalent of two cows’ worth of meat (a cow takes about 12 to 18 months to raise for slaughter).

The former Hebrew University of Jerusalem professor first began thinking about the lab-grown meat business while on sabbatical. “It was at a Peet’s Coffee right next to the Charles River in Cambridge,” Nahmias recalled. “Somebody asked me what I thought about cultured meat… They asked me what I thought about it and I told them it was the stupidest idea I had ever heard in my entire life.”

Growing cells is expensive, Nahmias said at the time, and the fact that the organisms basically grow in their own excrement means that they can’t reproduce effectively to reach any kind of large scale. That’s when Nahmias had his “Eureka” moment. “You need cells that grow without any growth factor at all,” says Nahmias. “The only cells that can do that are the least differentiated cells, which are fibroblasts.”

With the new financing from investors — including S2G Ventures, a Chicago-based venture firm (and an early investor in Beyond Meat); Emerald Technology Ventures, a Swiss investment firm; Tyson Ventures (one of the most active strategic investors); and Bits x Bites (a Chinese investor in food and agriculture startups) — Future Meat can now test its business model and manufacturing capabilities at scale. 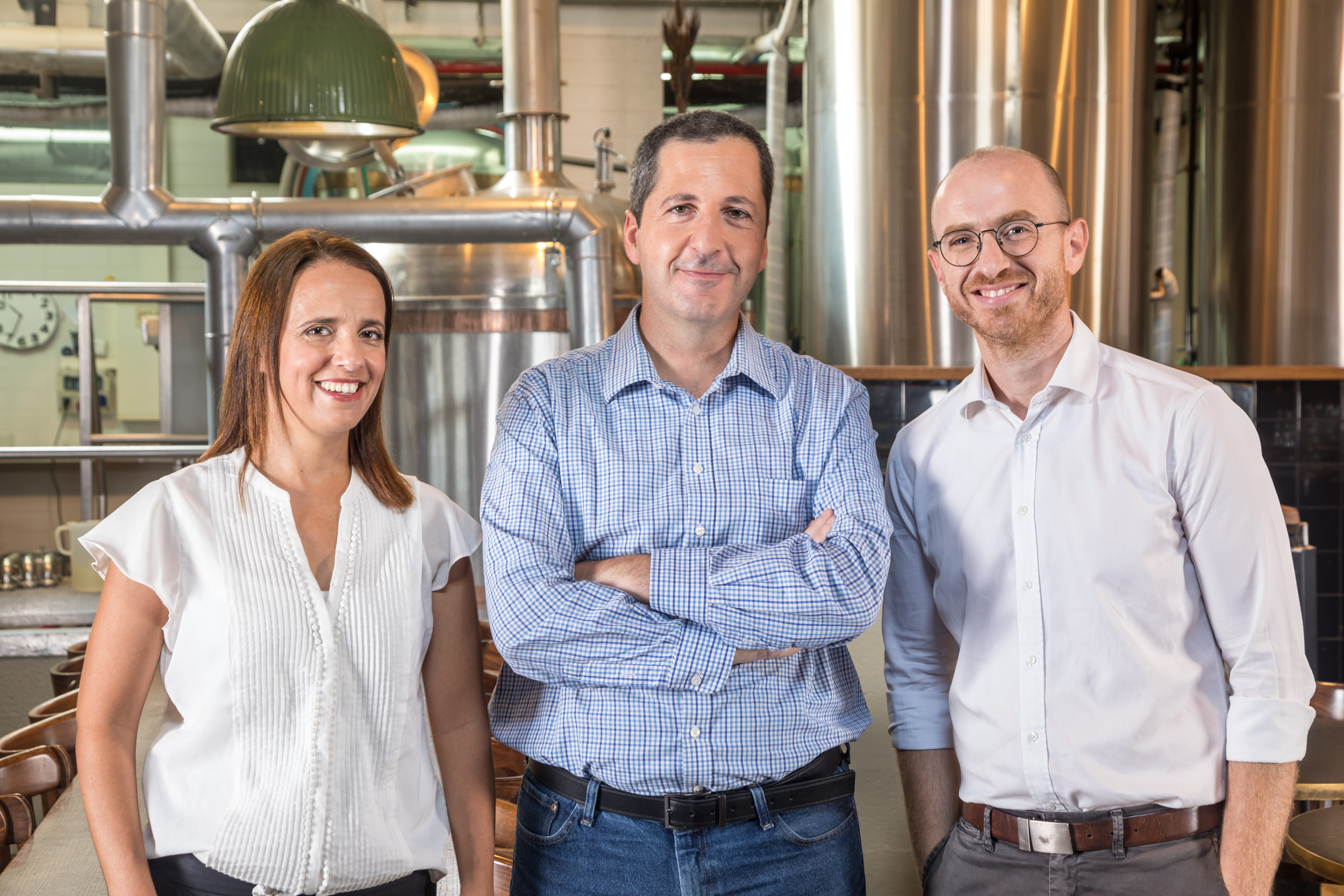 “You’re either growing fat or you’re growing muscle of a specific species,” says Nahmias. “Imagine a large truck going to that facility. [It’s] replacing the meat packing plant. From there the biomass goes through a process like extrusion. You can have thousands of these mass producing units. [It’s] going to a central facility where the meat comes out at the end. What we are doing is looking for parity and cost.”

For Nahmias, the fat’s the thing that brings the flavor for everything. “The fat gives you the aroma and the distinct flavor of meat,” says Nahmias. “This is the missing ingredient in Impossible Foods and Beyond Meat.”

Nahmias envisions products that are made using a combination of Future Meat’s lab-grown products and plant proteins that can approximate the full flavors of beef, chicken or lamb (all meats that the company says it is working with).

All Nahmias wants is for Future Meat to get to market; the founder doesn’t care whether that’s under Tyson’s brand or anyone else’s. “I want to be the largest company you’ve never heard of,” says Nahmias. “I want to make a product that is more sustainable and more cost-efficient, and is better for everybody.”

Like all of the other companies pursuing alternatives to animal husbandry, Future Meat, which was only founded last year, has a mission to reduce the environmental impact of meat eating. The company argues that its manufacturing model will reduce land use by 99% and emit 80% less greenhouse gas than traditional meat production.

“This continues our investment in Future Meat Technologies, which is focused on disruptive technologies related to our core business,” said Amy Tu, president of Tyson Ventures, in a statement. “We are broadening our exposure to alternative ways of producing protein to feed a growing world population.”

Ultimately the goal is getting to cost parity with regular beef. The company thinks a hybrid product could be $3 to $4, while the 100% biomass product would be roughly $10.

“We’re taking a yes and ‘Yes and’ as opposed to an either-or approach to the space,” says Matthew Walker, a managing director at S2G Ventures. “You will have animal-based meat, plant-based meat and you will have hybrid products. It’s more about the supply chain and the technological products that would bring this product to market. We think there’s room in the market for somebody to play that role.”