Browser maker Opera today announced the launch of version 68 of its flagship desktop browser. The marquee feature of the launch is the addition of a tracker blocker that will make it harder for advertisers and others to track you while you browse the web — and which has the additional benefit of speeding up your browsing session. Indeed, Opera argues that turning on both the tracking protection and the built-in ad blocker can speed up page loads by up to 23%.

The new tracking protection feature is off by default (as is the existing ad blocker). The tracking feature uses the EasyPrivacy Tracking Protection List, which has been around for quite a few years now.

“We consider the tracker blocker to be a browser feature which can be kept on at all times,” writes Opera PC product manager Joanna Czajka. “Our browser, however, also has plenty of extended privacy features which come in handy when someone feels the need to increase the privacy of their browsing even further.”

In addition to the new tracking protection, which is increasingly becoming standard among browser vendors (and which is surely putting some additional pressure on Google and its Chrome browser), Opera is also introducing a new screenshotting feature with this update. That’s not an unusual feature, but it’s a pretty full-featured implementation, with the ability to blur parts of a page and draw on the screenshots. 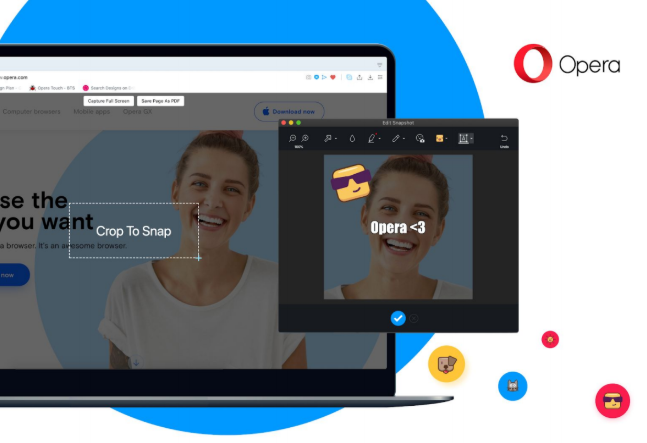