Roku will produce lower-cost versions of its new Smart Soundbar and Wireless Subwoofer for Walmart under the retailer’s own onn brand, the company announced this morning. While Roku offers distinct versions of some of its streaming media players exclusively for retailers like Walmart and Best Buy, the company had briefly mentioned a larger deal with Walmart in its second-quarter financial report.

In addition to the Roku TVs and players sold at Walmart, Roku had said it would offer “several new Roku devices including audio products,” under the Walmart onn brand.

The new onn Roku audio devices for Walmart are an expansion of the line introduced last month.

The Walmart onn-branded Smart Soundbar and Wireless Subwoofer, meanwhile, will only cost $129 each. 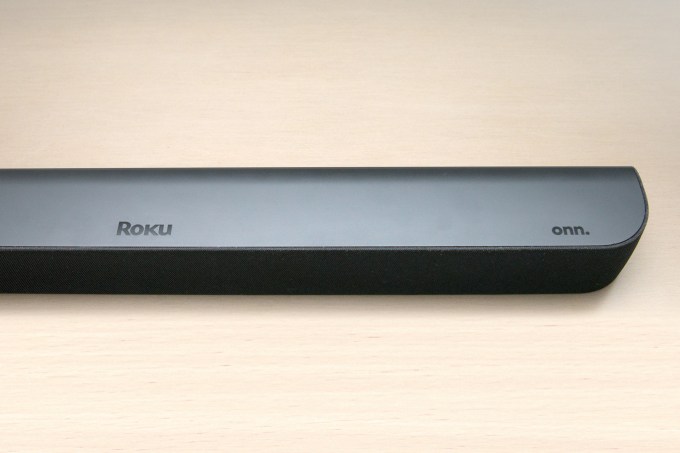 Similar to Roku’s flagship models, onn Roku Smart Soundbar offers support for Dolby Audio, streaming from Bluetooth devices and connects to the TV via HDMI-ARC or HDMI and Optical. However, it will ship with Roku’s simpler IR remote, offering TV power and channel button shortcuts instead of the more powerful voice remote that comes with the $180 version.

It also features 40W of peak power versus the Roku Smart Soundbar’s 60W and different drivers.

“Roku and Walmart have worked together for years to enhance the entertainment experience for millions of people who have purchased Roku TV models and Roku streaming players. Now, we’re looking forward to getting these new audio products on shelves to provide consumers with better sound for their TV experience at a great price,” said Mark Ely, vice president of Players and Whole Home Product Management at Roku, in a statement. 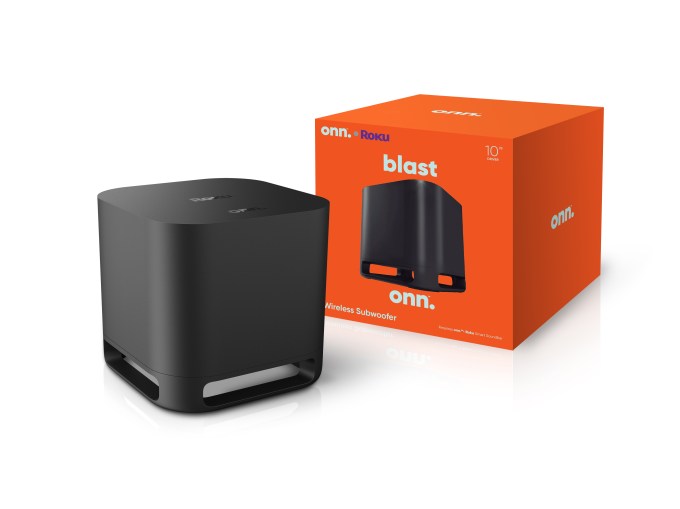 The Walmart exclusivity deal will help bring more customers to Roku’s products at a time when the majority of Roku’s revenue isn’t hardware sales, but rather platform revenue.

Led by advertising, Roku platform revenue has out-earned hardware sales for the past five quarters. And in Q2, Roku saw $250.1 million in revenue versus $224.4 million expected, up 59% from the same quarter in 2018 — the rise largely attributed to advertising. 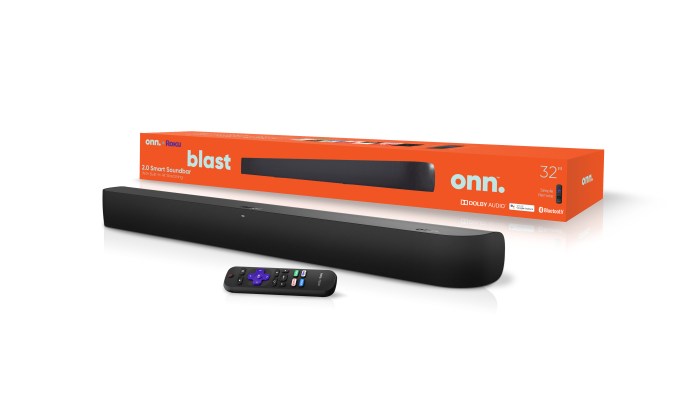 The new onn Roku-branded products may serve as an entry point for some customers into Roku’s wider range of products, including its streaming players and Roku OS-powered TVs, for example. This, in turn, could help Roku grow its customer base for its platform business. In addition, Walmart shoppers are historically price-conscious, meaning they’re the ideal demographic to target with Roku’s growing ad-supported streaming business, where it provides free movies and TV through its home page hub, The Roku Channel.

The devices will become available sometime in the next few weeks both in Walmart stores and on Walmart.com, says Roku.