SpaceX’s facility at Cape Canaveral just received a crucial new delivery: a Falcon 9 rocket and Crew Dragon capsule that it will be using for an upcoming in-flight abort test. This test, which will demonstrate the spacecraft and launch system’s ability to abort the launch mid-flight in case of any emergencies, is an important and necessary step before SpaceX can fly Crew Dragon with any actual people on board.

This test will replicate a “worst-case scenario” of sorts, by staging a crew capsule separation at the point of “Max Q,” which is the part of the launch where the rocket is exposed to the most severe atmospheric forces prior to making it to space. At this point during the abort test, the Crew Dragon will show that it can detach from the Falcon 9 rocket and propel itself away to a safe distance in order to protect the astronauts on board. 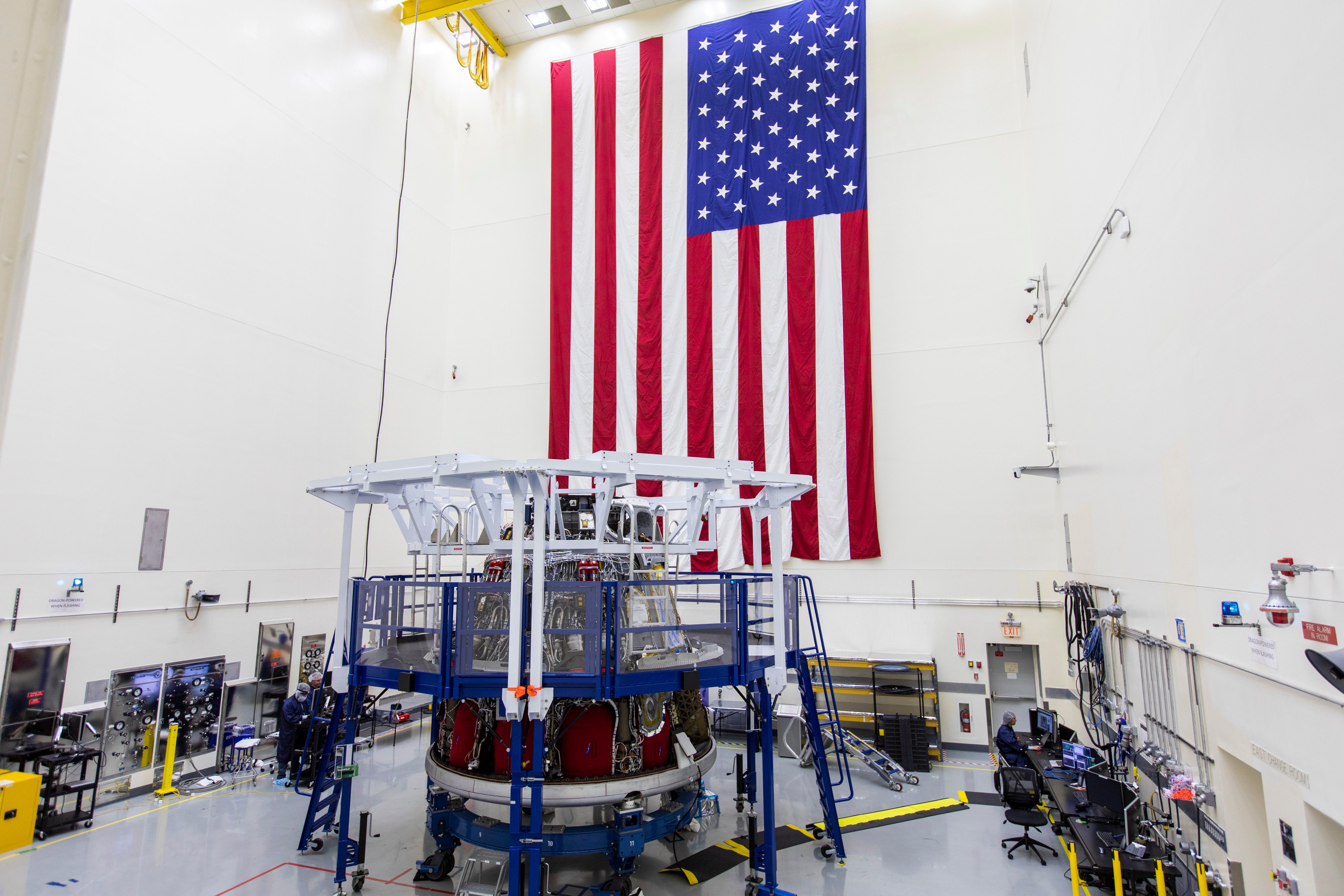 Back in 2015, SpaceX completed the lead-up to this, which was a pad abort test that demonstrated the escape process in case the mission needs to be canceled earlier, before the spacecraft has left the launch pad. Earlier this year, SpaceX was conducting an abort test for its SuperDraco rocket engine for Crew Dragon when an error caused an explosion that destroyed the capsule. Since that was supposed to be the capsule used for this in-flight test, SpaceX had to finish manufacturing a new one before this test could take place.

Now that the rocket and capsule are both at the Cape, the test shouldn’t be that far off. That’s great news for SpaceX, which is still targeting the end of this year for its first crewed demonstration flight for Crew Dragon — though even the company’s own leadership has indicated that’s an increasingly difficult target to hit, given where we are in the year.