Say you’re a pharmaceutical company. You’ve figured out that a novel molecule could be effective in treating an illness — but that molecule only exists in a simulation. How do you actually make it, and enough of it, to test in the real world? Molecule.one is a computational chemistry platform that helps bring theoretical substances to life, and it is debuting its product onstage at Disrupt SF Startup Battlefield.

Computational chemistry is, believe it or not, something of a hot ticket right now. The explosion in computing resources over the last decade has made it possible for the extremely complex systems of molecular biology to be simulated in high enough fidelity to produce new drugs and other important substances.

For example, say a company knows that a condition is caused by overproduction of a given protein. By simulating that protein in the soup of the cell environment, computational chemists can also introduce and virtually observe the behavior of thousands or millions of molecules that don’t occur naturally but might, say, lock down those excess proteins and tag them for removal by the cell.

This process of drug discovery has been productive, but unlike in the real world, in a simulation you don’t actually have to make that magical molecule. It’s just a bunch of numbers interacting with other numbers. How can a pharmaceutical company, which may have paid a lot of money for those numbers, turn them into actual molecules? That’s where Molecule.one steps in. 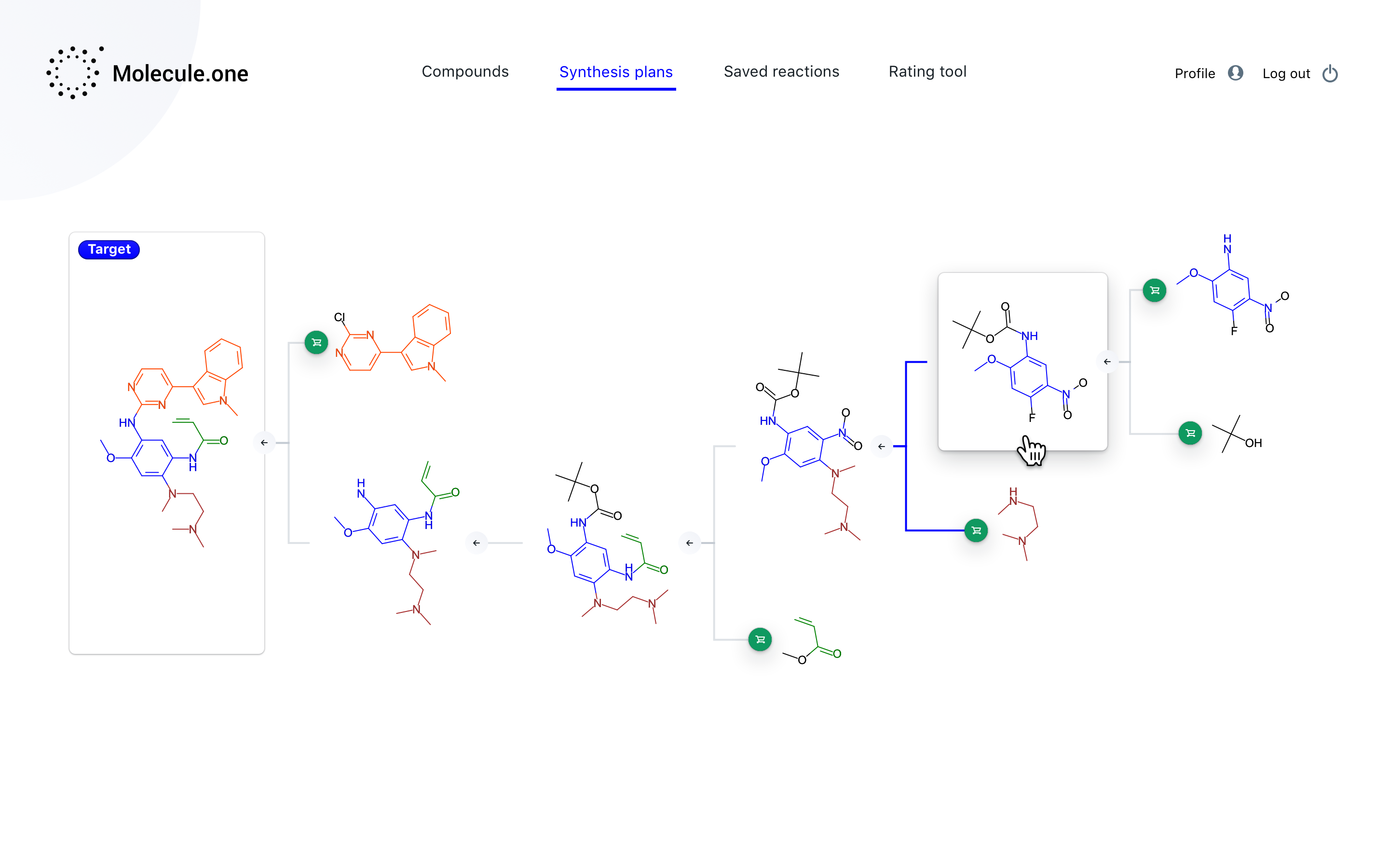 Essentially, the company has created a software platform that automates the process of getting from chemicals A, B, and C to chemical Z, with the many steps in between accounted for and documented. It’s based on a machine learning system that has ingested millions of patents and known chemical processes, allowing it to connect the dots and propose a method for creating pretty much any complex organic molecule. In other words, once a drug company has the “what” — a molecule or compound that may fight Alzheimer’s — Molecule.one provides the “how.”

Piotr Byrski met co-founder Paweł Włodarczyk-Pruszyński (who goes by Maxus to avoid confusion with COO Paweł Łaskarzewski) while in college, where they studied and did research together, eventually both earning MDs. They discovered a shared aversion to the grunt work of chemistry — beakers, distillates, titration, and so on. 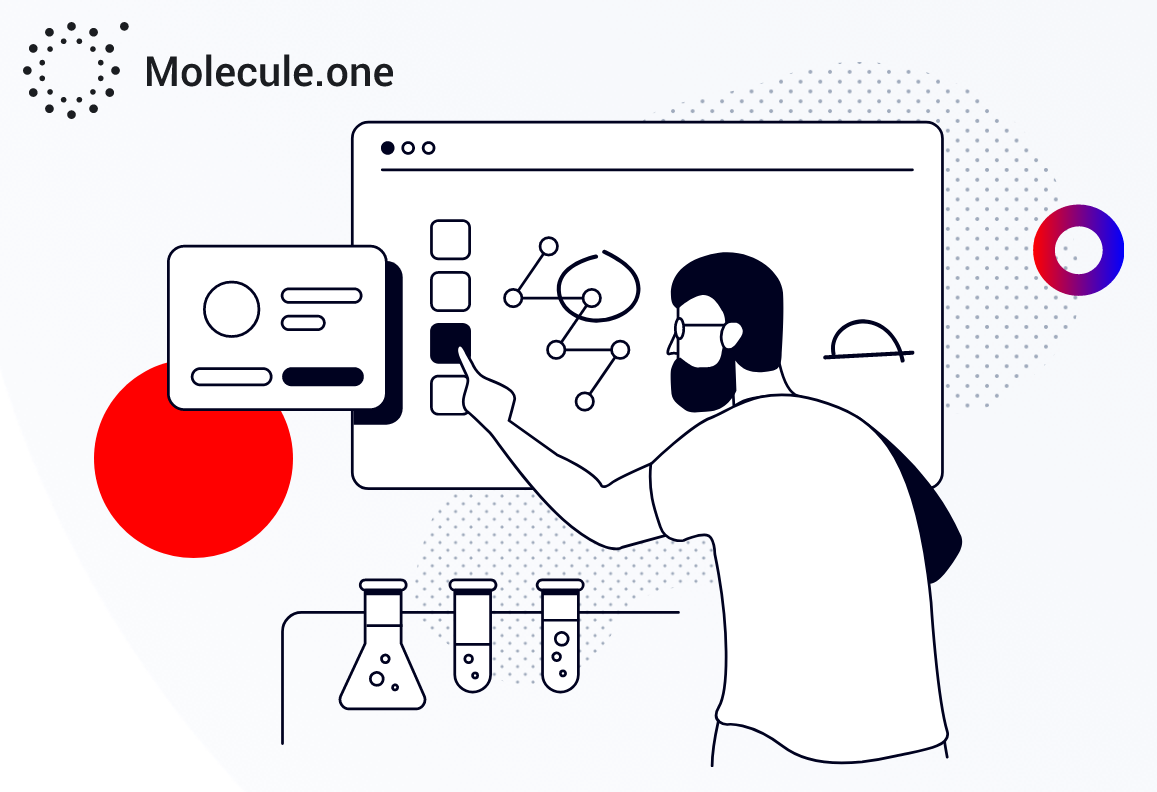 “We found out we shared a similar analytical approach to chemistry. A lot of chemists really like the cooking process involved with organic synthesis,” Byrski told me. “I have to say… I never liked it very much. That made me think that there are many things in the everyday life of a chemist that can be automated, and need to be automated.”

“Automating organic synthesis seems like just another difficult automation problem, but it’s one with real effects. Real people are suffering because drugs are coming to the market,” he said. “We thought we could help. So we did some research, and we found that the field is so under-developed —  the direction research is going is completely unsatisfactory. We began market research — we were both first timers so it was pretty new to us at the time — and we found out there was a big market need for this. It wasn’t a scientific discovery that would sit on a shelf, it could be applied today to help multiple industries.”

By the time they were working on this, companies were already applying simulation, and statistical techniques (machine learning is essentially weapon-grade statistical analysis) were already popping up. BenevolentAI started in 2013, Recursion in 2014, Atomwise in 2015; clearly the field was growing, and is still adding new companies, like ReviveMed. But these are mainly focused on the question of new drugs based on simulations.

“They provide a list of maybe tens of thousands of structures to a pharmaceutical company, but the company then needs to actually verify whether the predictions have any real-life backing. For that you need physical access to these molecules — just knowing the structure doesn’t cut it,” said Byrski.

Molecule.one’s system tells them how to manifest these structures. 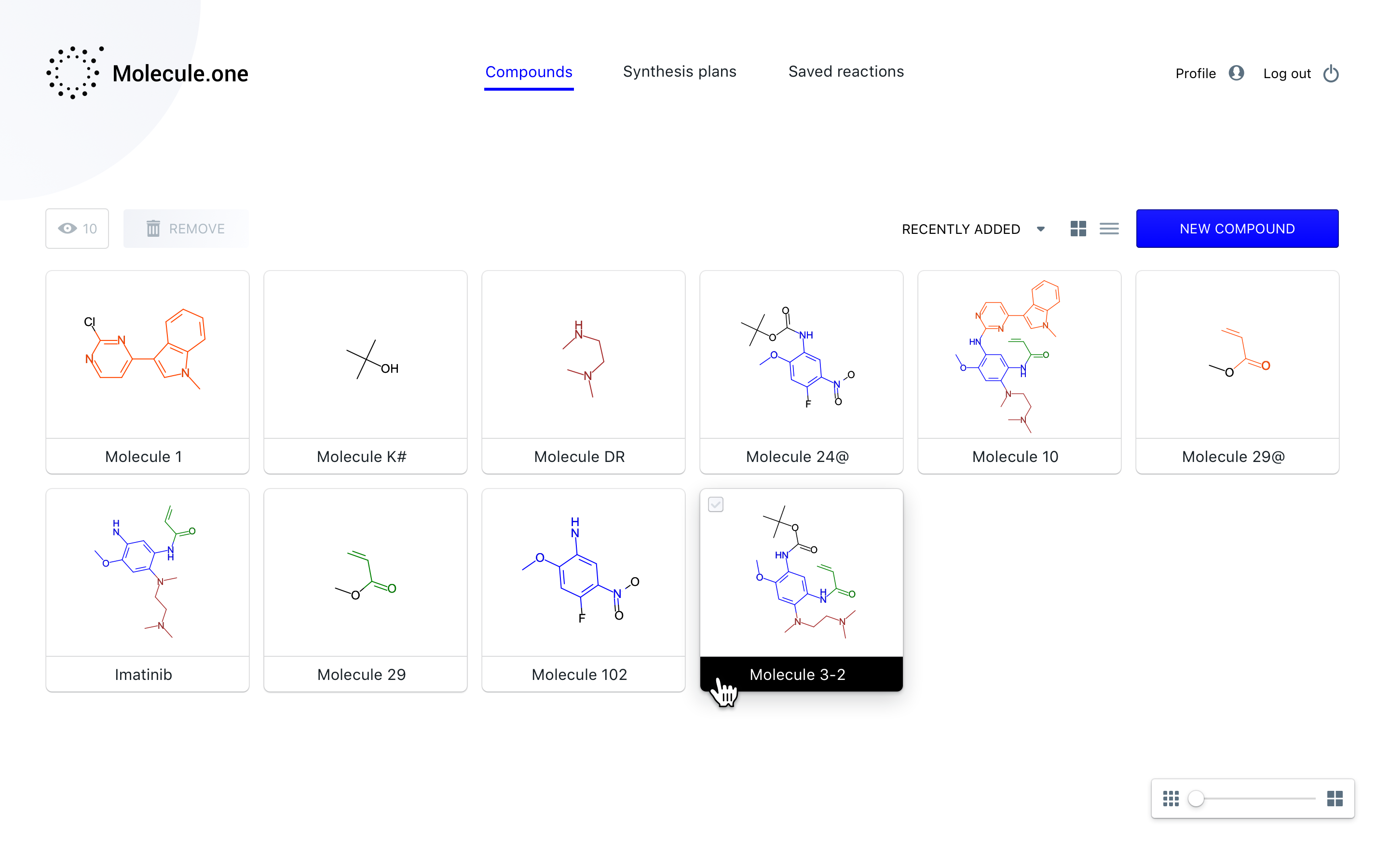 “We are making the whole synthesis pathway, so going from compounds that are available to ones that you want,” said Włodarczyk-Pruszyński. “Along the way we need to solve many problems — there are many reasons why a reaction could fail. We want to tell users how to make compounds with the process with the highest chance of success.”

And succeed they have: “Our system works for structures that have never been seen before by any chemist,” Byrski said.

The obvious question is why these huge pharma companies, with their bottomless pockets and technical expertise, don’t put together their own synthesis platforms. It comes down to people.

“The most important factor is that it’s hard for a pharmaceutical company to hire machine learning specialists who have a deep background in chemistry. Over 90 percent of the people I know that work on this in the pharmaceutical business are chemists who have some training in machine learning. This is a difficult problem that requires coming at it from the opposite direction,” Byrski explained. “Our head of machine learning [Stanislaw Jastrzębski] is a PhD from the computational side, who would normally go to Google, Facebook or Microsoft. We’ve built a team that is unique in how it bridges the computational technology and chemistry.”

The databases used by Molecule.one’s systems, surprisingly, are mostly public. The U.S. Patent office has tons of patents involving chemical processes — some important, some small, some obscure, some obvious, but all verified and presented formally. This was a gold mine sitting in plain sight, Byrski said. Or perhaps a box full of Lego pieces just waiting to be assembled into the right machine.

The main “proprietary” information they used was a private listing of commercially available chemicals and their prices. A molecule may have more than one pathway to reach it, after all, or perhaps thousands, and one might be cheaper than the others or involve fewer toxic reagents.

With strong results from public databases, they have a better chance of getting pharma companies to share their internal databases when signing up for the service.

The actual business is conducted SaaS-wise, naturally, and all the work takes place in the cloud. There’s also an enterprise tier that allows for on-premises operation, for companies that would rather not have their trade secrets anywhere but on company-owned infrastructure.

So far the company has bootstrapped, and currently has about $400K in the bank, which Byrski said should last them well into next year. “The biggest cost is people,” he said. “Developers, designers, chemists. We’re a software business so we don’t have a lot of other costs — we don’t have to hire a lab, for example.” So they are looking for funding to help hire and scale.

It’s not common in Poland to segue directly from medical school into a startup, Byrski admitted. But he and Włodarczyk-Pruszyński felt that this was too significant an opportunity to do good to pass up. With luck their platform will prove as popular as the drug discovery startups that helped make it necessary to invent.