In spite of everything else leaking out at this morning’s Surface event, Microsoft was still able to save one big surprise for the end. The company’s getting back into phones. Not only that, it’s introducing a foldable. Though, as with the Neo, the Duo doesn’t actually have a foldable display like the Galaxy Fold. Instead, it’s two connected displays, more akin to the ZTE Axon M.

That means there’s a bit of a gap between the two devices, meaning, there’s a limitation on all of the “flow” the company discussed at this morning’s event. That’s not necessarily a bad thing. It just means a different experience. Unlike, say, the Galaxy Fold, the second screen is designed for things like typing and control, rather than, say, a larger movie experience.

Interestingly (not that it’s not all interesting, of course), Microsoft is teaming with Google on this one. Rather than porting or forking Windows 10 (à la Windows 10 X introduced for the Neo), the company’s using Android here. Product Manager Panos Panay made a point of noting that the device is “not a phone, it’s a Surface.” Why can’t it be both, Panos? 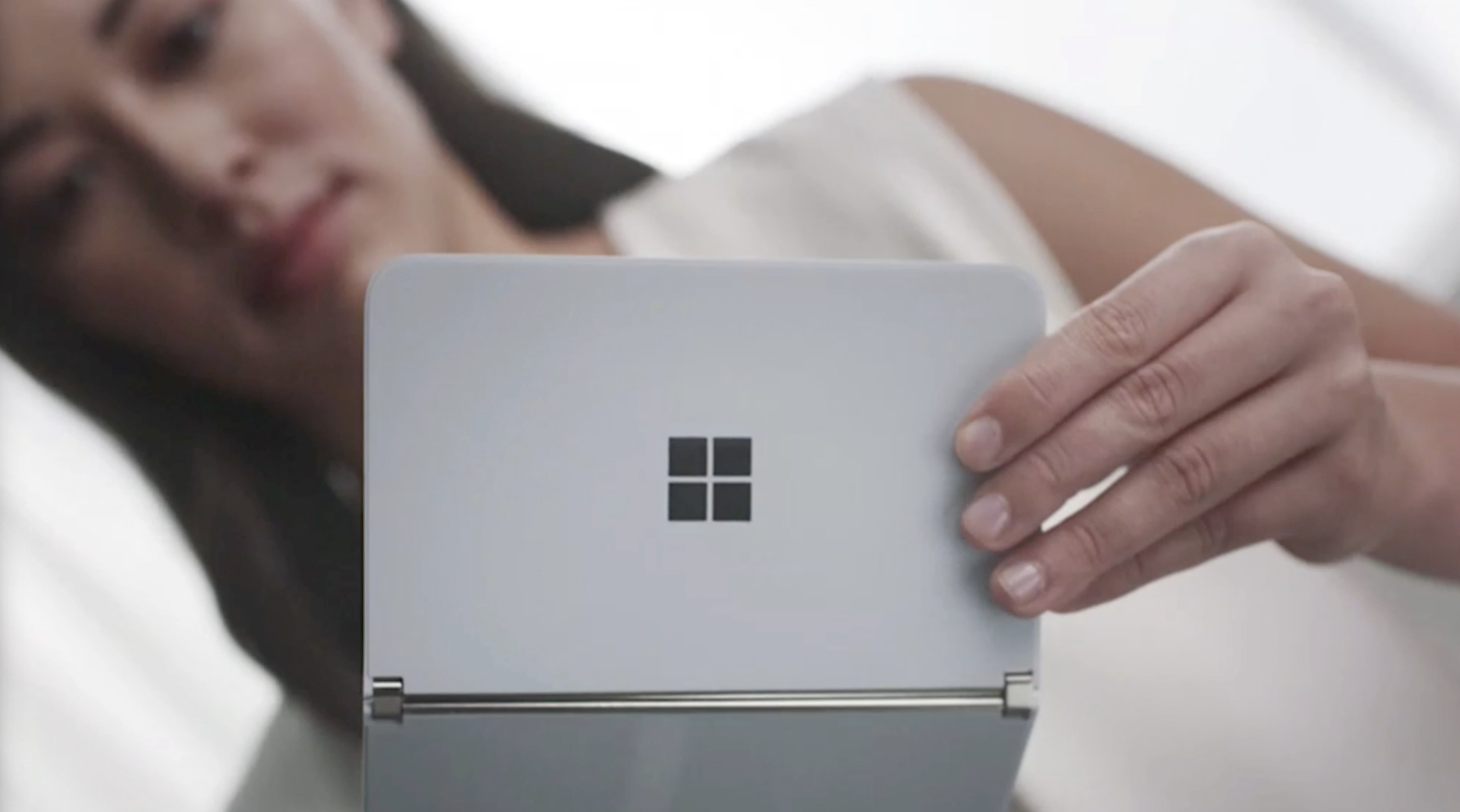 Like the Neo, the product’s not actually due out until the holidays next year. Among other things, that gives the company time to get it in the hands of developers to create unique apps for the dual-screen experience. Announcing it now also means that the company doesn’t have to worry about leaks in the meantime. 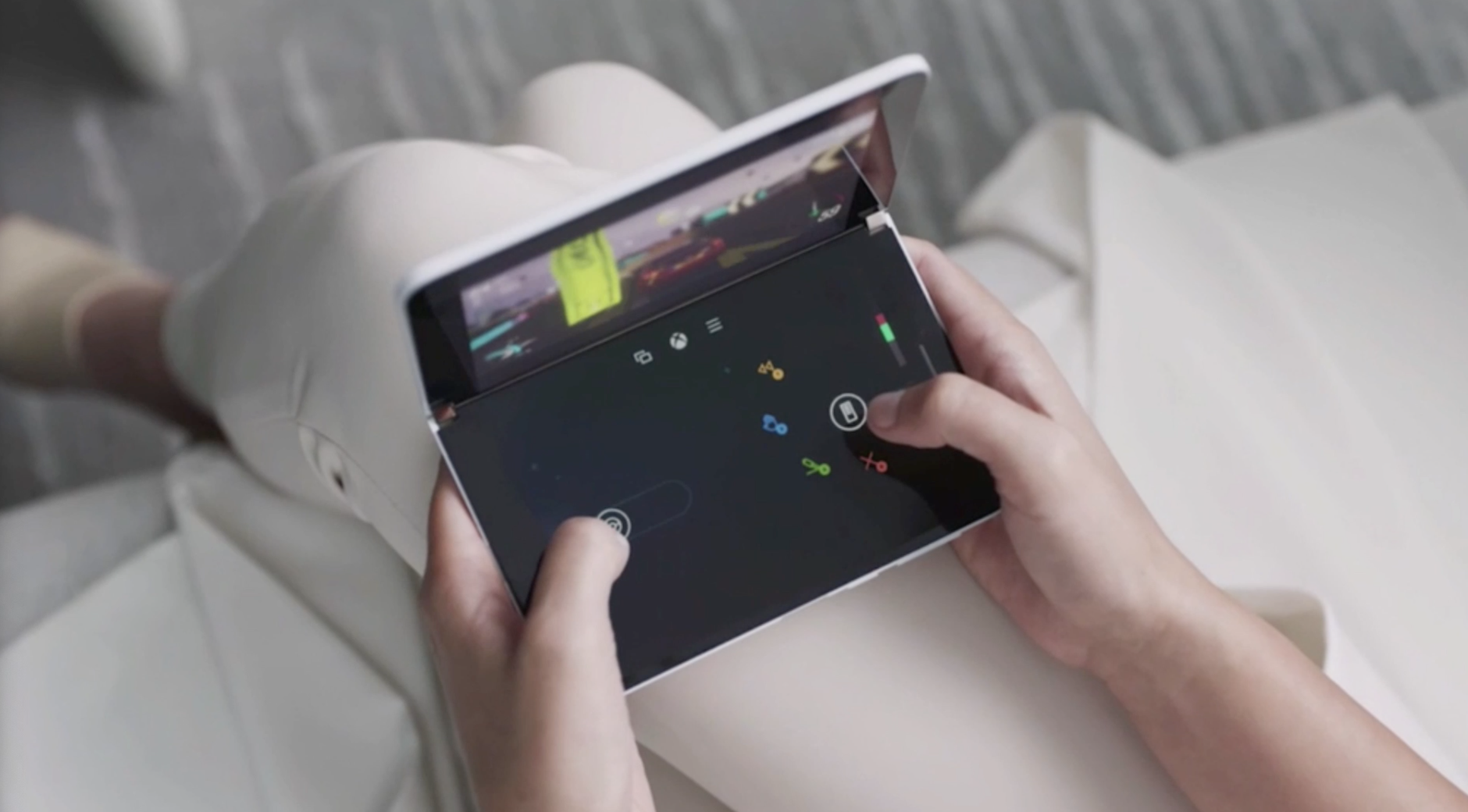 There are still more questions than answers at the moment, of course. And as with the other device it’s announcing with more than a year’s worth of lead time, I’d anticipate that plenty of elements are set to change here (including, potentially, the name). Also, Microsoft revealed even less in the way of specifics here than it did with the Neo.

Assuming the product does, indeed, come to market, it will be interesting to see how users embrace its version of a more standard foldable (insofar as any foldables are standard, of course). There are some advantages to the dual-screen verses the foldable, including the ability fold all the way around in both directions.

Unlike the Neo, there’s no mention here of working with third parties. And because Microsoft is utilizing someone else’s operating system here, the reference design model doesn’t really work here.