The multi-hyphenate actor-director-entrepreneur, Joseph Gordon-Levitt (best known for roles in “3rd Rock from the Sun,” “Inception,” “Snowden” and “10 Things I Hate About You,”) came to TechCrunch Disrupt SF 2019 this morning to talk about his startup, the collaborative media platform HitRecord.

Specifically, he addressed how HitRecord differs from other platforms for creators. In doing so, he also called out the YouTube business model as problematic and something we should all get away from.

The comments around YouTube followed a discussion of some of the criticism HitRecord’s platform has faced — namely, that it doesn’t offer high enough payouts or a way for creatives to make a living.

Since 2010, it has only paid out some $3 million dollars to its creators.

Gordon-Levitt said that HitRecord doesn’t emphasize that you’ll gain entry into the creative industry by using its platform, nor does it market itself as something you can turn into a full-time job, like YouTube often promises.

In fact, he found the YouTube model an issue for the industry and society as a whole. 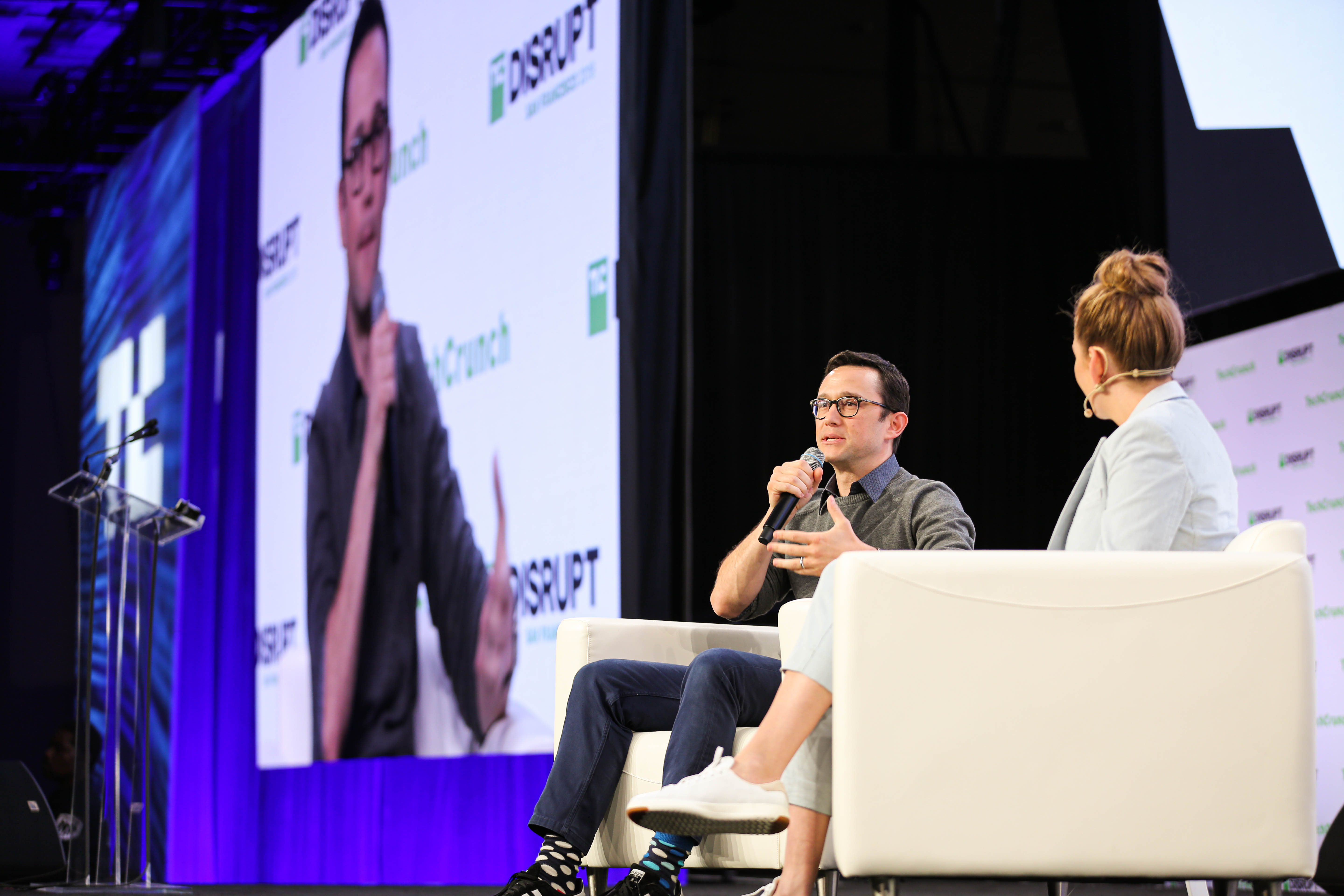 He said that making art shouldn’t be about the money or external validation — such as likes and subscribers.

“What I have experienced in my life is actually what brings me a lot of joy and happiness about the creative process is not the red carpets. It’s not the box office. It’s not those kinds of external validators. It’s the ‘doing it,’ it’s when I get to actually do the art, and especially do it with other people,” explained Gordon-Levitt.

Of course, he has the comfort of his own Hollywood success to fall back on, when new creators entering the industry don’t.

Asked what he thought of YouTube’s model as well as Instagram’s, Gordon-Levitt had some harsh words.

“Do you think that YouTube and Instagram are a net positive or negative for humans’ creativity?” asked TechCrunch editor Jordan Crook.

He responded quickly that they were a net negative.

“There’s tons of incredible stuff, beautiful communities form all kinds of creative human expression. It’s not to say that it’s all bad, but I do think that in general the basic business model of: we’re going to offer a quote-unquote ‘free service’ in exchange for the right to conduct mass surveillance, and then apply these incredibly expensive sophisticated machine learning algorithms to this massive data set to optimize for — not the benefit of the users, not what’s going to make the users more creative or more informed or more compassionate or anything — but optimize instead for the agenda of these third-party advertisers; I think that’s a basic business model that we all as the world should get off entirely,” he said. “We shouldn’t be monetizing software, or businesses that way.”

The audience at TechCrunch Disrupt cheered.

As an alternative to these services, Gordon-Levitt promoted the Netflix model as something that works.

There’s a direct billing relationship with the customer, he said, and the data collected is designed to give you more of want you like to watch.

Similarly, HitRecord aims to use data for better purposes.

“I’m all for using data to accomplish a goal that the user has signed up for,” Gordon-Levitt said. “It’s when the user is being subjected to these algorithms not in their interest, but in the interest of some third-party behind the curtain, that’s I think where you get into danger.”