The modern office worker is heavily engaged with expenses. From buying SaaS products and purchasing team lunches to securing freelancers for outsourced work, employees need access to purchasing power on behalf of their companies on a regular basis.

Unfortunately, offering that purchasing power is fraught with difficulty. Companies want to manage their cash carefully to ensure audit compliance and prevent fraud, which often means that rather than empowering employees to spend what they need, they force them to work with byzantine “p-card” rules to make anything happen.

Teampay wants to change that calculus by giving every employee a beautiful platform to buy the goods, tools, and services they need while keeping them within defined company policy.

When I chatted with the company last year, founder and CEO Andrew Hoag had just locked in a $4 million seed round and had recently launched the platform. Since then, “We brought in our first sales reps, brought in one marketing hire, and we’re growing by double digit percentages, month-over-month in 2018,” Hoag said.

He noted that Teampay has been carefully refining its pitch to customers. “Even comparing 2018 to 2019, I think we spend — no pun intended — a lot more time working with our customers on solutions, as opposed to talking now about the pain points, because they’re hyper aware of those pain points,” he said.

What Teampay discovered is that while the pain point for organizations is the actual purchase of a particular good or service, what companies are really looking for is better tools to manage expenses across the board, or what Hoag calls “distributed spend management.”

That includes the challenges of managing spend even outside of a company’s walls. With more and more businesses hiring freelancers these days, it can be challenging to offer contingent workers access to spending power without onerous bureaucratic systems that ultimately cost more in lost salary and productivity than savings in cost management. 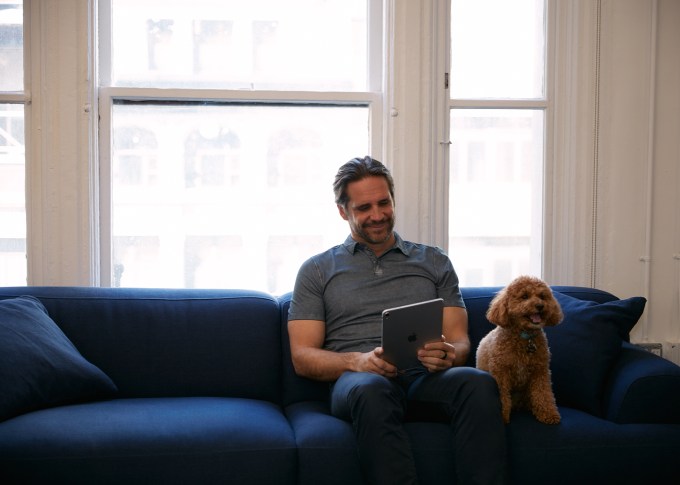 In addition to hiring in sales and engineering, Teampay has also hired several senior executives over the past year. Peter Nesbitt joined as VP of Finance, and was formerly VP of Finance at Unified and director of finance at Bitly. Nicole Lindenbaum joined as VP of Marketing from PeopleDoc and Yodle, while Matt Petcoff joined as head of sales from Inturn and Movable Ink.

Spend management has heated up acutely in the past year, with Brex reaching unicorn status with its now ubiquitous cards targeting startups and Stripe announcing its Stripe Corporate Card along a similar vein.

Hoag emphasized that Teampay targets a different problem in several ways. First, “We don’t require a customer to switch their card program in order to be able to use Teampay,” he explained. Instead, Teampay acts as a sort of collaboration software layer on top of the existing card infrastructure that a company has to better manage spend across the organization.

Second, Teampay doesn’t focus on startups so much as larger enterprises where the needs around spend are different and more complicated. “Most of our customers are fairly large, and they have strong balance sheets,” Hoag said. “And so they’re not looking to optimize for working capital, they don’t have a problem of getting access to credit, they have a problem about controlling credit.”

The company noted that it has customers like Wistia, Chime, Mixpanel, and RiskIQ using the platform.

Hoag’s goal for the new round of capital is to continue to expand Teampay’s partnerships and integrations (for instance, expanding Teampay to work in concert with IT ticketing systems to make software and hardware procurement easier) as well as increasing sales and marketing. The company was founded in 2016.