Voom, the helicopter service with ridesharing and one-hour advance booking that Airbus developed and launch first in Latin America, is getting its U.S. debut starting in San Francisco. The service will be available for travel between five Bay Area airports, including SFO, San Jose, Napa, Oakland and Palo Alto.

Travelers wanting to make use of Voom can book their trips online, using either the dedicated Voom app for smartphones, or the Voom website. You can make bookings up to an hour before a scheduled flight departure, and on the day of travel, you only need to be at the helipad 15 minutes prior to boarding, which makes it a pretty attractive option for business travelers frequently making trips around the Bay Area, or as a traffic-skipping option to get to the airport faster for longer-haul trips.

Voom’s trip time from SFO to San Jose, for instance, is just 20 minutes — which is about 20 minutes better than driving times in the best possible traffic conditions, like in the middle of the night. During prime commuting hours, that same trip will be at least an hour, and more like an hour and a half, which is a considerable additional chunk of travel time.

Though this is the first time Voom is launching its services in the Bay Area, the company is no stranger to the region: Voom’s headquarters is in San Francisco, and it launched in 2016 as part of Airbus’ A^3 Silicon Valley-based innovation lab. 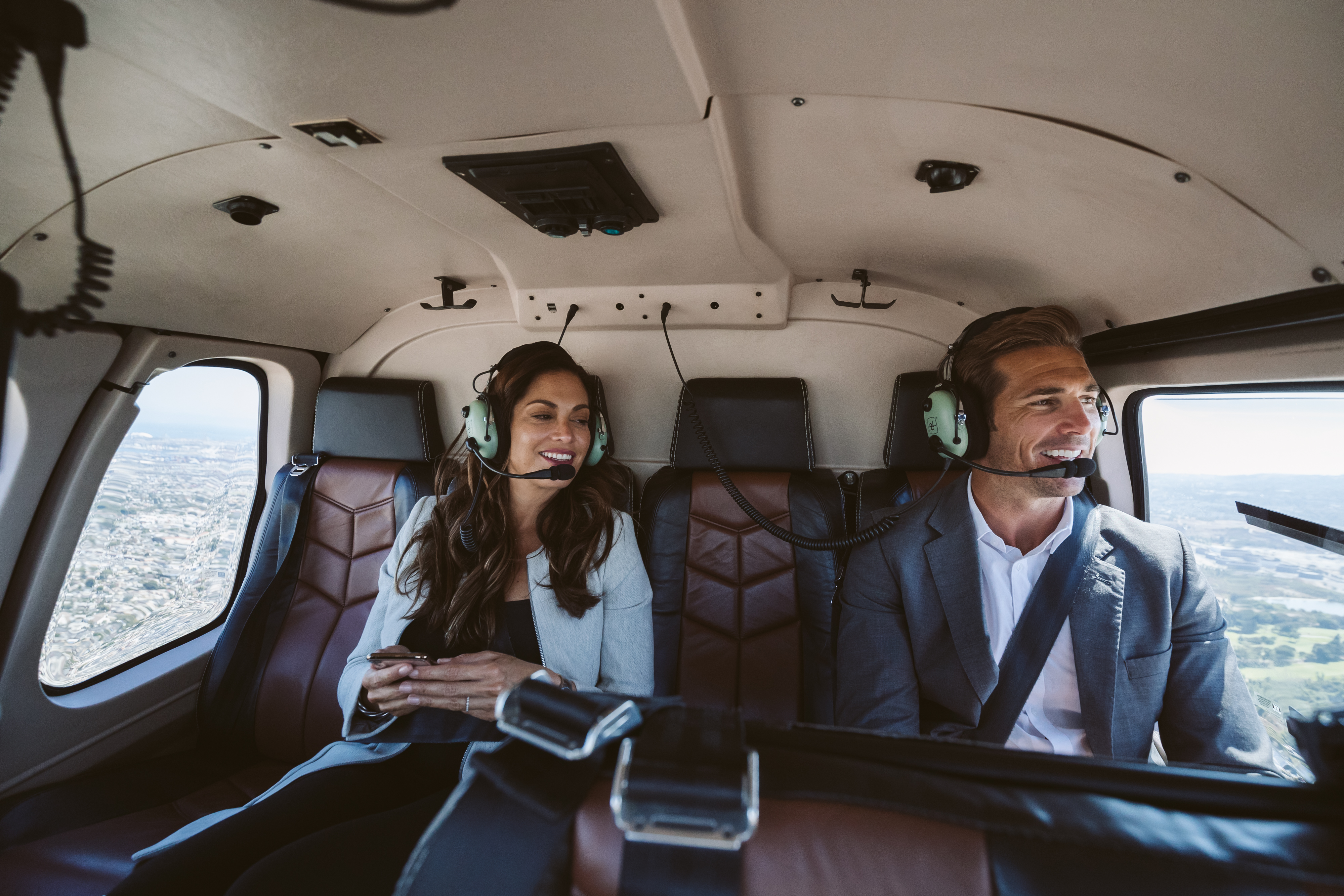 Voom’s model is a platform one, with third-party helicopter operators and helipads offering their services via its booking tools, though the Airbus company does stringently vet its ride providers. The young company is also launching a Voom for Business offering in the U.S., which is designed to provide easy employee travel management options for enterprises that want to make access to Voom available to its staff while simplifying and unifying billing.

Of course, a commuter helicopter option isn’t exactly within reach for everyone — but because of the ridesharing model, wherein you can book a seat on a helicopter alongside other passengers, costs are lower than full charters, with rides in the Bay Area starting at $215, depending on the route. It’s a lot more than an Uber ride between San Jose and SFO, definitely, but it’s also a massive time saver and not something that would appear out of place on some corporate expense policies — especially in the U.S. tech and innovation capital, home to the wealthiest companies on the planet.

Voom’s service in the Bay Area is available now, and you can also use the platform to book full plane charters to other small airports serving the region, including Half Moon Bay, Monterey, Livermore and Sacramento.