Few organizations have the complex data and analytics problems that challenge the defense and intelligence communities every single day. Whether it is managing petabytes of text, audio, or video data, finding extraordinarily small patterns in the noise, or processing multilingual analytics, the agencies at the heart of America’s national security system confront cutting-edge problems every day.

Despite the desire for better tools though, intelligence analysts are often stymied to procure up-to-date software due to the byzantine rules that drive Pentagon and intelligence procurement.

That’s why a former intelligence official and former intelligence investor are looking to build a new platform that connects the best minds in artificial intelligence, machine learning, and natural language processing and bundling it together into a service purchasable by these government agencies.

Through Palo Alto-based Vannevar, co-founders Brett Granberg and Nini Moorhead are hoping to launch their first product, which is focused on bringing NLP technologies like feature detection to international counterterrorism missions. 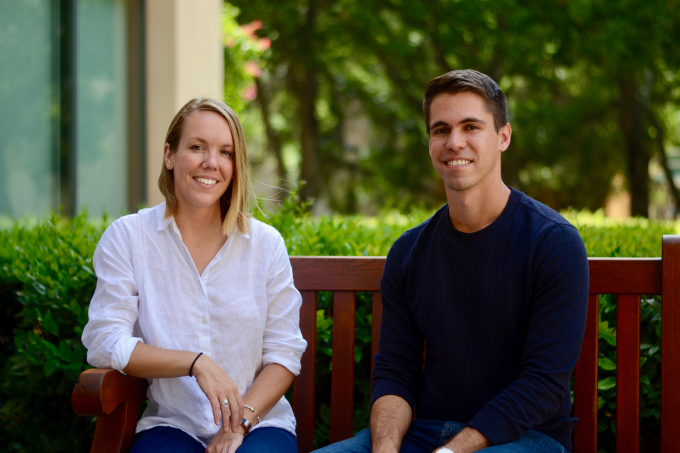 The company is named for Vannevar Bush, who is often credited with inventing an early form of the computer, putting together the Manhattan Project which led to the atom bomb, and for writing a seminal essay that sort of predicted the internet decades before its inception.

The two chose this particular product as an entrée because of their past experiences. Before beginning Vannevar, Granberg spent two years at In-Q-Tel, the non-profit VC firm that works deeply with the intelligence community to supply agencies with the best in startup technology. He also was an advisor at Lilt, a real-time deep learning translation product that spun out of Chris Manning’s famed Stanford NLP research lab.

The two met while they overlapped at Stanford GSB and realized they had seen similar problems that they both wanted to solve. While in business school, “top of mind for me was some of the technological challenges that I encountered as an end user [and] analyst in the intelligence community,” Moorhead said. “We immediately connected and shared a lot of experiences in common in terms of seeing gaps between the really hard domain problems that I’d been working on in my career as an analyst and some of the technology that was available to me,” she said. The two actually met the first day of school.

Their approach is to take proven techniques and attempt to translate them into government use cases. “We’re not sort of inventing new math to solve these problems, we’re more taking cutting-edge approaches and just applying them to specific use cases,” Granberg said.

While the project is early, the team raised a $4.5 million seed venture capital funding from fellow GSB alum Katherine Boyle of General Catalyst and Costanoa Ventures. Boyle has made a big push into defense and highly-regulated industries as part of her investment practice, where she previously funded Anduril, the company started by Oculus founder Palmer Luckey that has attempted to apply ML technology to security issues such as battlefield awareness and border control (and gotten into some controversy along the way as well).

She is particularly excited about new ways for startups to secure government contracts at a speed faster than the sun burning out. Talking to me about the potential in this industry, she said:

We’ve been spending a lot of time with companies that are going after what’s known as Other Transaction Authorities, which are a new type of contracting vehicle that was developed in 2015 by former Secretary of Defense Ash Carter, to help tech companies work very quickly with the Department of Defense and with the intelligence community. So what historically might have taken 18 months to get a contract now takes 30 to 60 days for critical pieces of technology

Boyle explained that Vannevar fits directly into her thesis for the future of government procurement. “Our view is that the companies that do best in the space are people who have worked in government or understand how to sell to governments,” she said. She noted that the company is very early, and her investment was primarily focused on the team.

I asked about recent controversies that have hit companies like Google, which saw a revolt by some employees over its involvement with a defense program called Project Maven, which attempted to use machine learning technology and apply that to the battlefield, so that, for instance, drones could increase their effectiveness during strikes.

Granberg said that “we think that the people that defend our country should have access to the best tools and technologies to do their job. We know these people, we used to work with them, and we want to help them.”

He understands the concerns of critics though, and says that Vannevar intends to work with the government to ensure ethics remains core to its product. “We believe it’s our responsibility to sort of shape that technology and help the government think about putting in place policies that … prevent the misuse from happening.”

Boyle agreed. “One of the things that we’ve noticed is that if you’re very transparent and upfront about the types of products you’re going to be building in the beginning, it’s not a recruitment problem, it’s not an ethics problem.” Unlike Google, which had a six-figure large workforce with many employees who don’t want to touch defense-related code, the hope for Granberg and Moorhead is that a company like Vannevar can build a coalition of the willing, as it were, and maybe solve some serious security problems as well.