As is now typical just ahead of the holidays, Amazon just inundated us with a whole new lineup of hardware devices, including new Echo smart speakers and screens, at its Alexa event today, plus other smart home and connected devices from its brands Ring and Eero. There were also a slew of surprises, like Alexa earbuds, glasses, and a smart ring. And oh yeah, a new Alexa-powered oven, too.

Headlining the event are Amazon’s latest updates to its Echo line of devices. 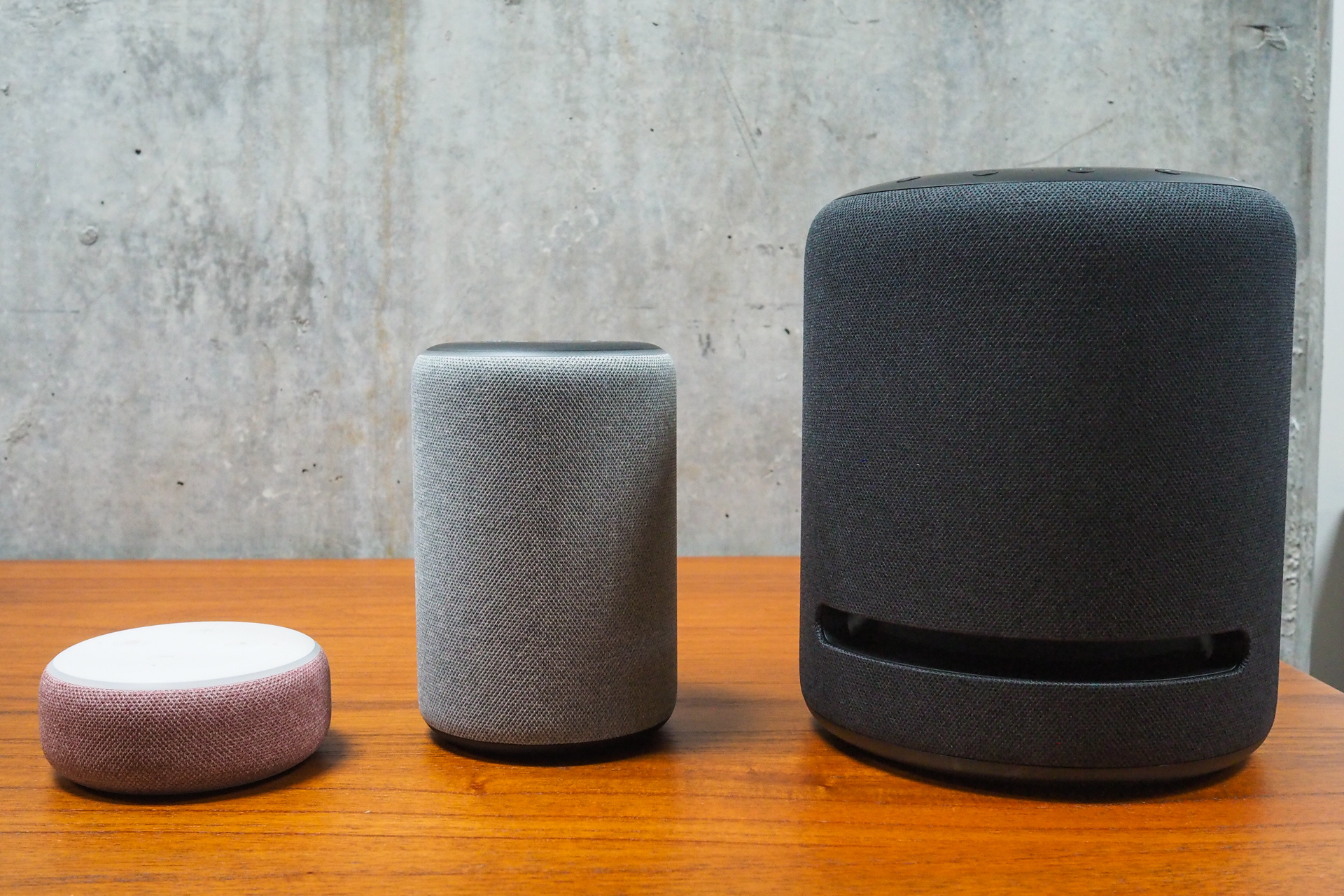 Not one for overly creative names, Amazon has given its entry-level Echo, the Echo Dot, a nifty upgrade. The new Echo Dot with Clock now features a digital alarm clock on the front, which can be dimmed if you prefer, at times. This LED display also allows the Dot to show the weather, when asked, or a countdown timer. 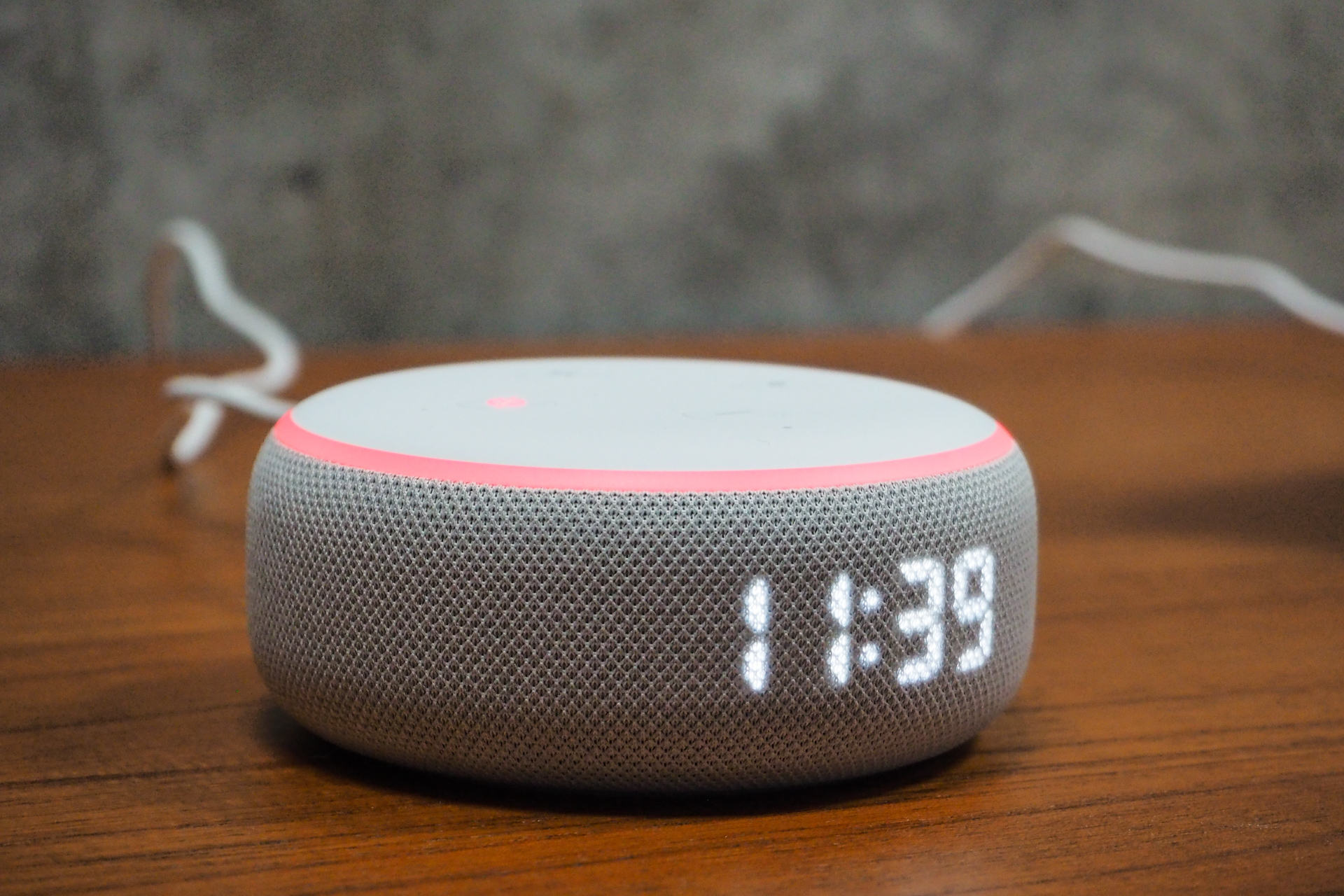 The new Dot doesn’t replace the original, however. It’s just a $10 upgrade to $59 if you want the extra feature.

The Echo the audiophiles have been waiting for. The new Echo Studio is Amazon’s response to Google’s Nest Max and Apple’s HomePod. The $199.99 device supports 3D audio and Dolby Atmos. It has five drivers, including one downward-facing 5.25-inch woofer, a 1-inch, front-firing tweeter and three, 2-inch, mid-range speakers aimed at different directions. 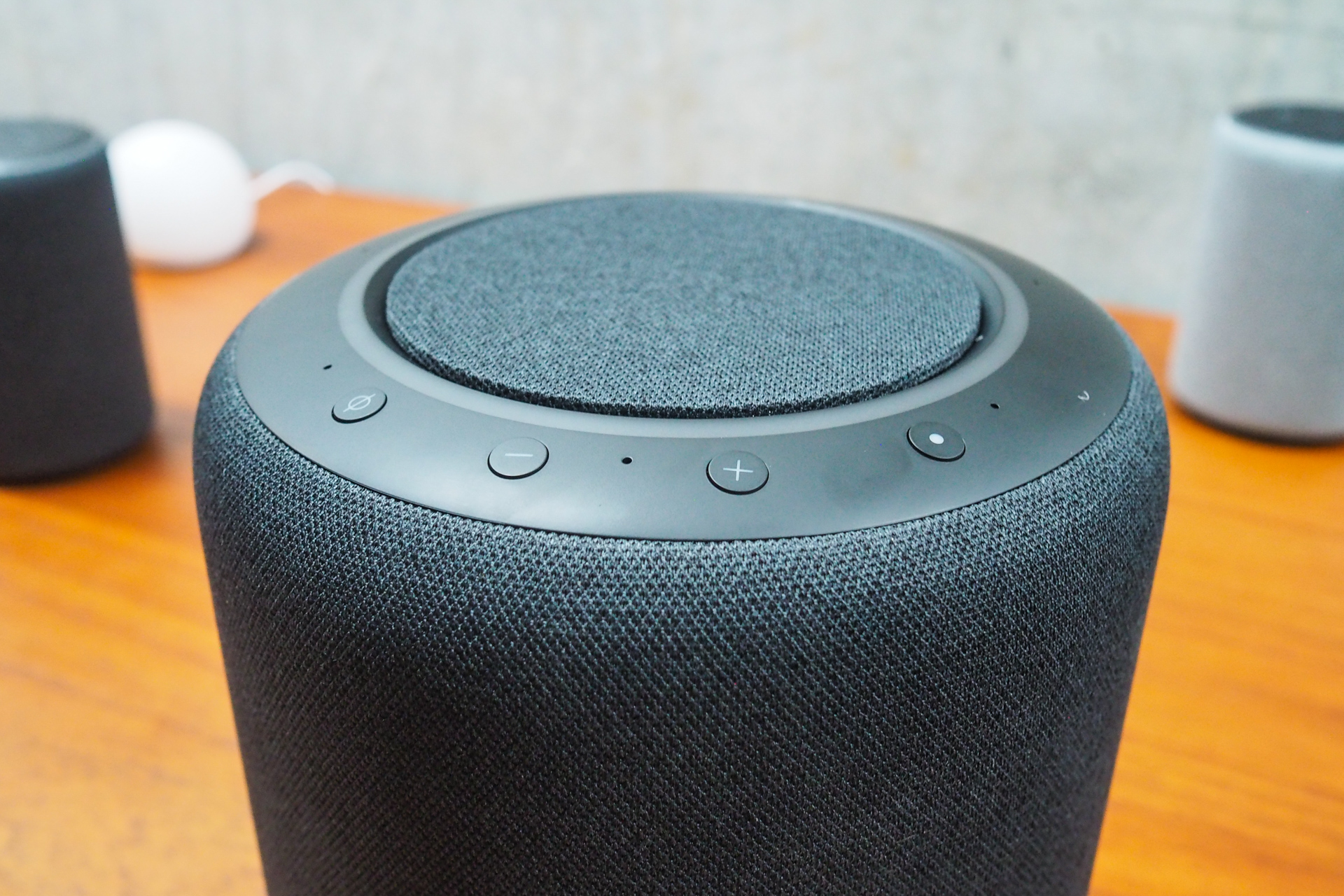 And it has a 24-bit DAC and a power amplifier with 100 kHz of bandwidth for high-res, lossless music playback — you know, like what’s available through the Amazon Music HD service.

Surprise, Alexa comes to your ear through Amazon’s own $129 wireless earbuds. The Echo Buds include Bose’s Active Noise Reduction Technology and provide hands-free access to Alexa, so you can do things like play music, get directions, order an Uber and more. Later, you’ll also be able to check Whole Foods inventory as you shop, too. (For those who still shop…in an actual store). 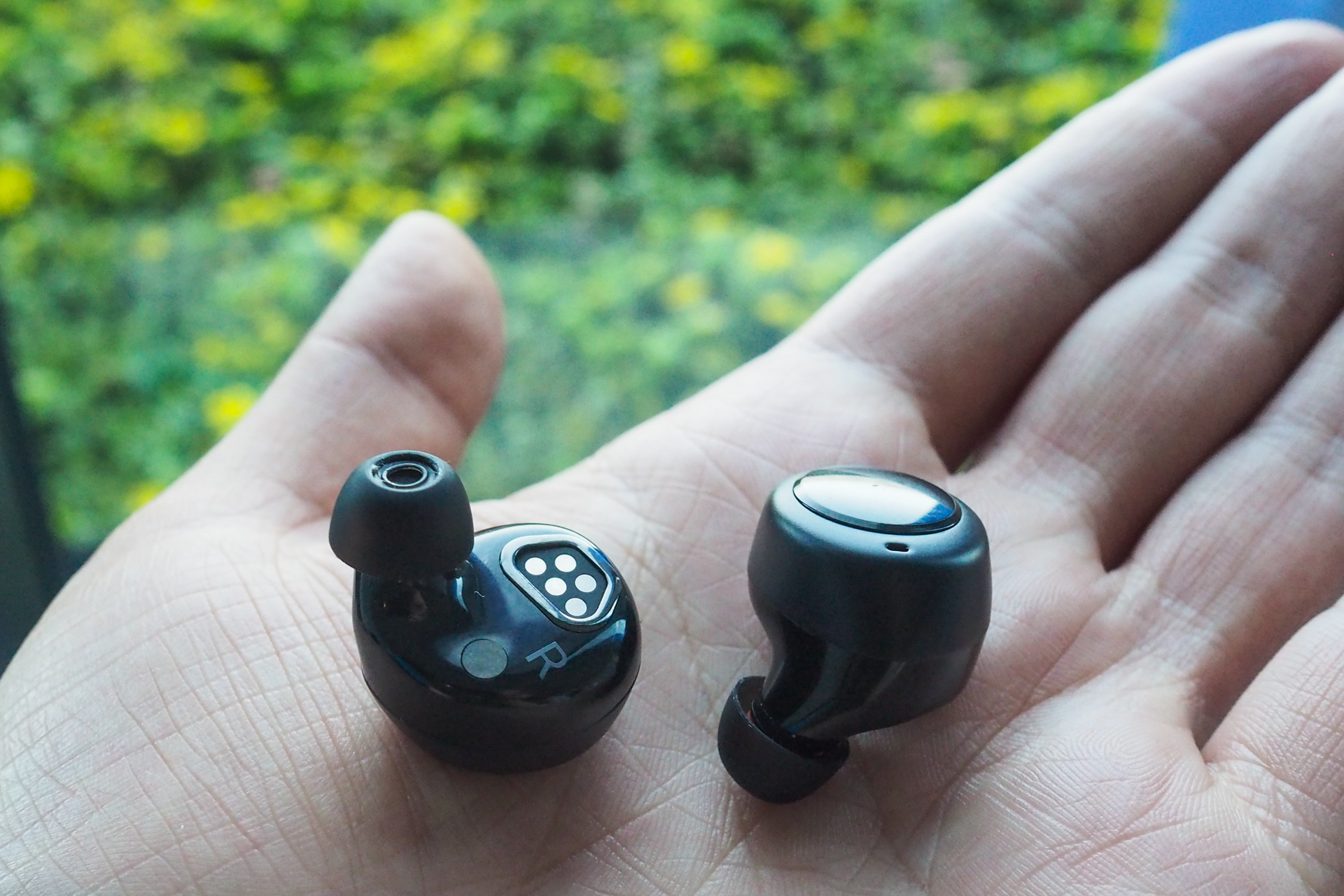 The Echo Buds offer 5 hours of music or 4 hours of call time and come with a case that holds up to 3 charges. And with a tap, the Echo Buds can access your phone’s other assistant, like Siri or Google Assistant.

The $129 Echo Show 8 is a smaller, 8-inch version of the 10-inch flagship model of the Echo device with a screen. It’s a little bigger than the Echo 5, which is more of an alarm clock alternative, so makes sense for watching videos and placing voice calls…or dropping in on the kids. The device features an HD display and built-in camera shutter. 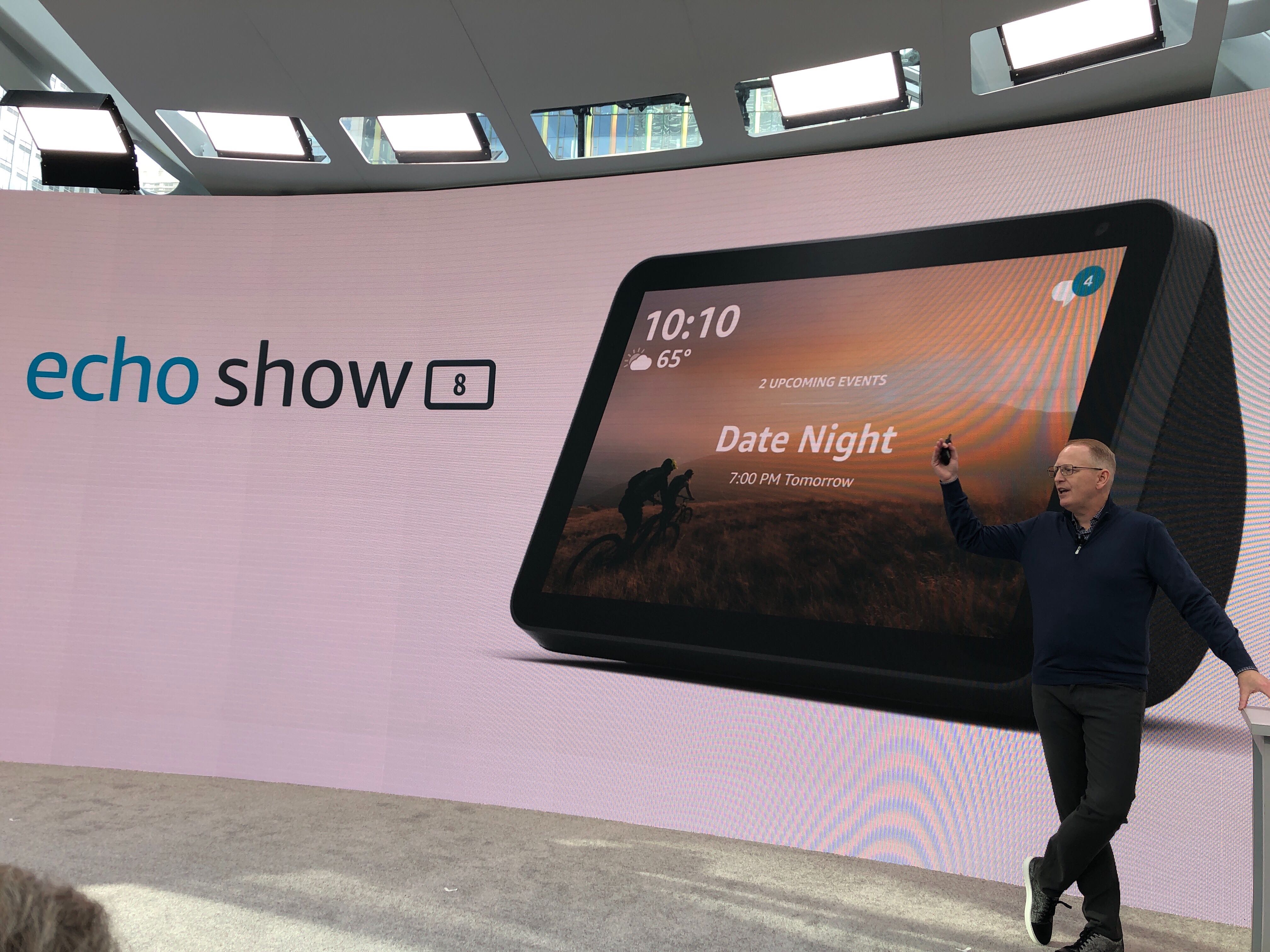 The company refreshed its existing Echo speaker with better sound and new colorful fabric covers (Twilight Blue, Charcoal, Heather Grey, and Sandstone), but remains the same price as before at $99. In other words, there’s no need to run out and buy this Echo to replace your old one, but if you were in the market already, the Echo you’ll get is slightly better.

This fun Alexa accessory is basically a nightlight for the kids that can change color and flash to the music. But at $30, it’s a lot of cash for a little bit of fun. Let’s wait for the inevitable Kids Edition Dot + Glow bundle, shall we? 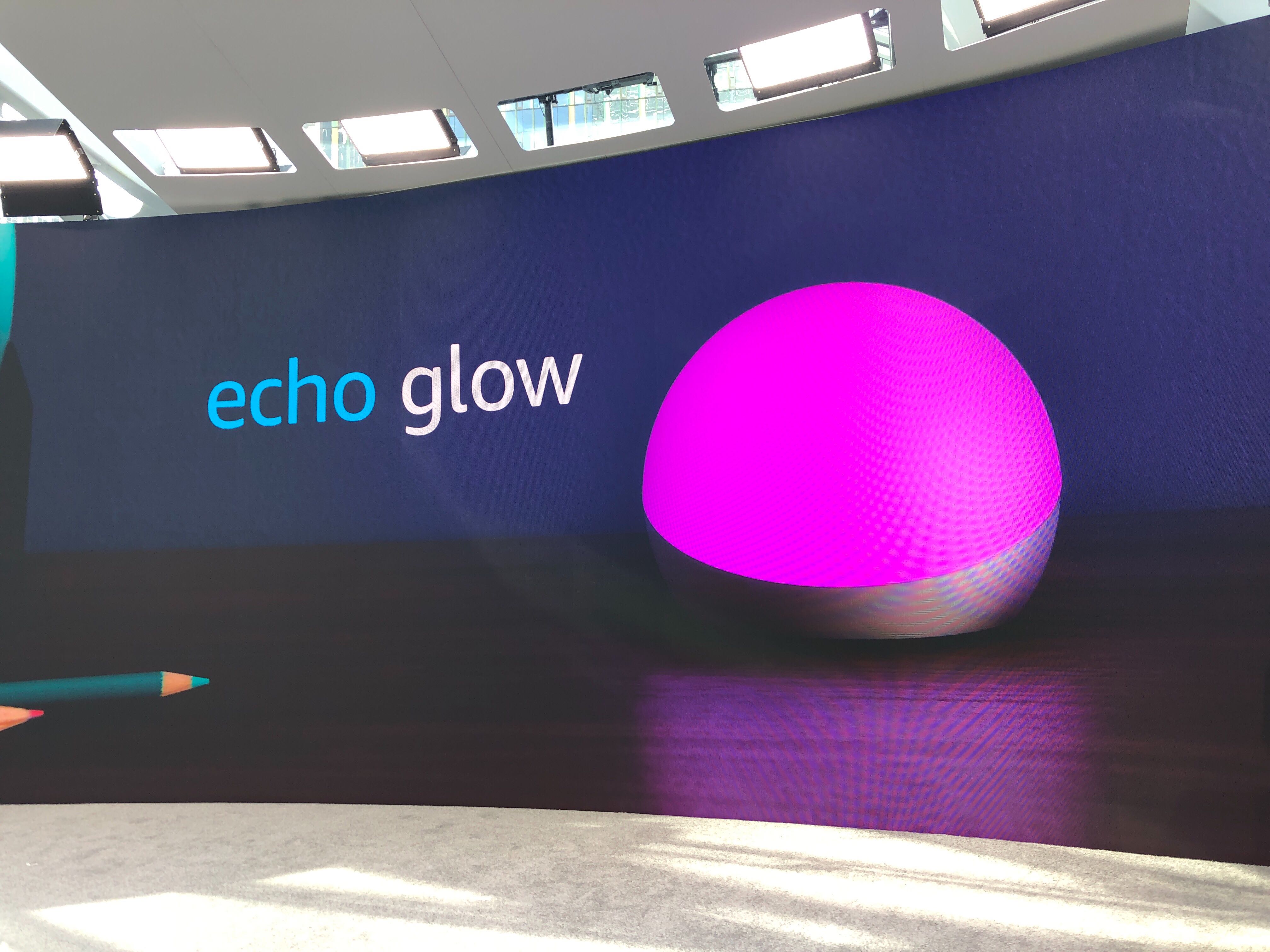 You can now bring Echo to the bathroom with the new $25 Echo Flex device. (No really, this is how Amazon had it set up in its demo area.) The Flex plugs into any available outlet and functions as a small smart speaker. There’s no camera (whew) but it can respond to voice commands, like to give you the news and weather while you get ready for work, for example. It can also be upgraded with $14 accessories, including a Smart Night Light or Motion Sensor. The Flex is $25. 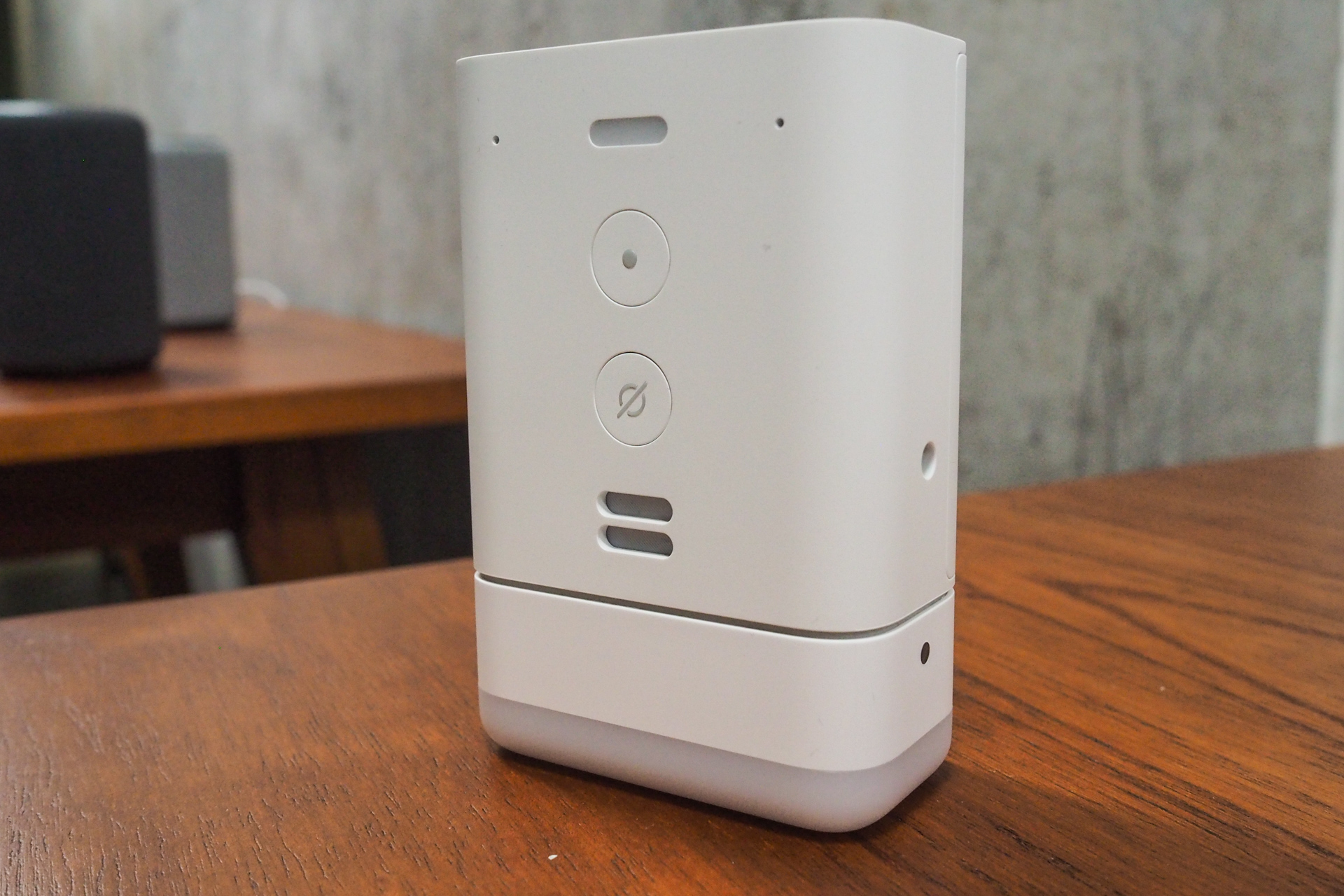 Amazon introduced its beta, invite-only hardware devices. One is a pair of $179.99 Alexa-enabled glasses that stick 4 micro speakers in the frame for hands-free Alexa. 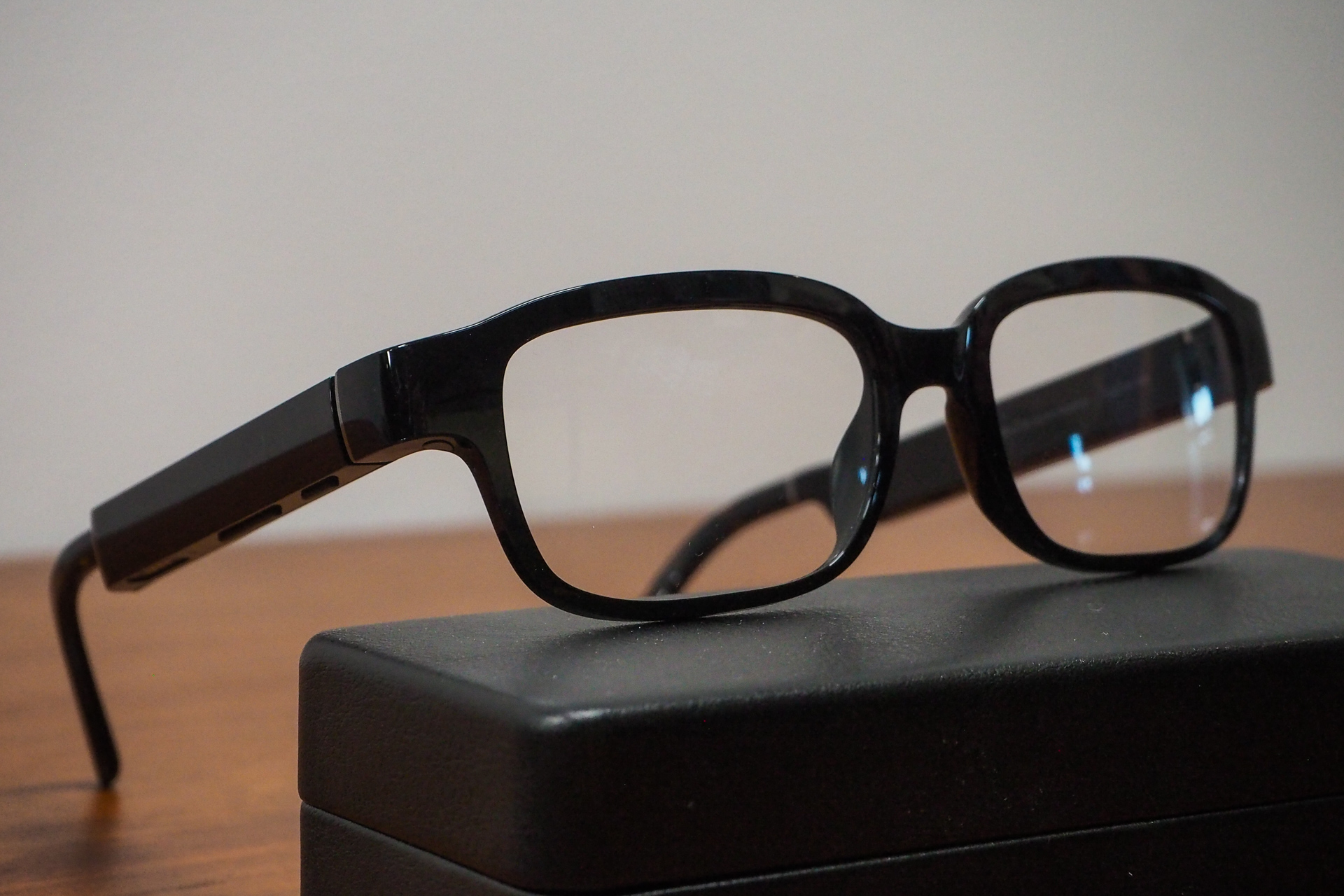 The other is a $129.99 Alexa-enabled smart ring with 2 microphones that puts Alexa on your finger for quick questions or brief calls. 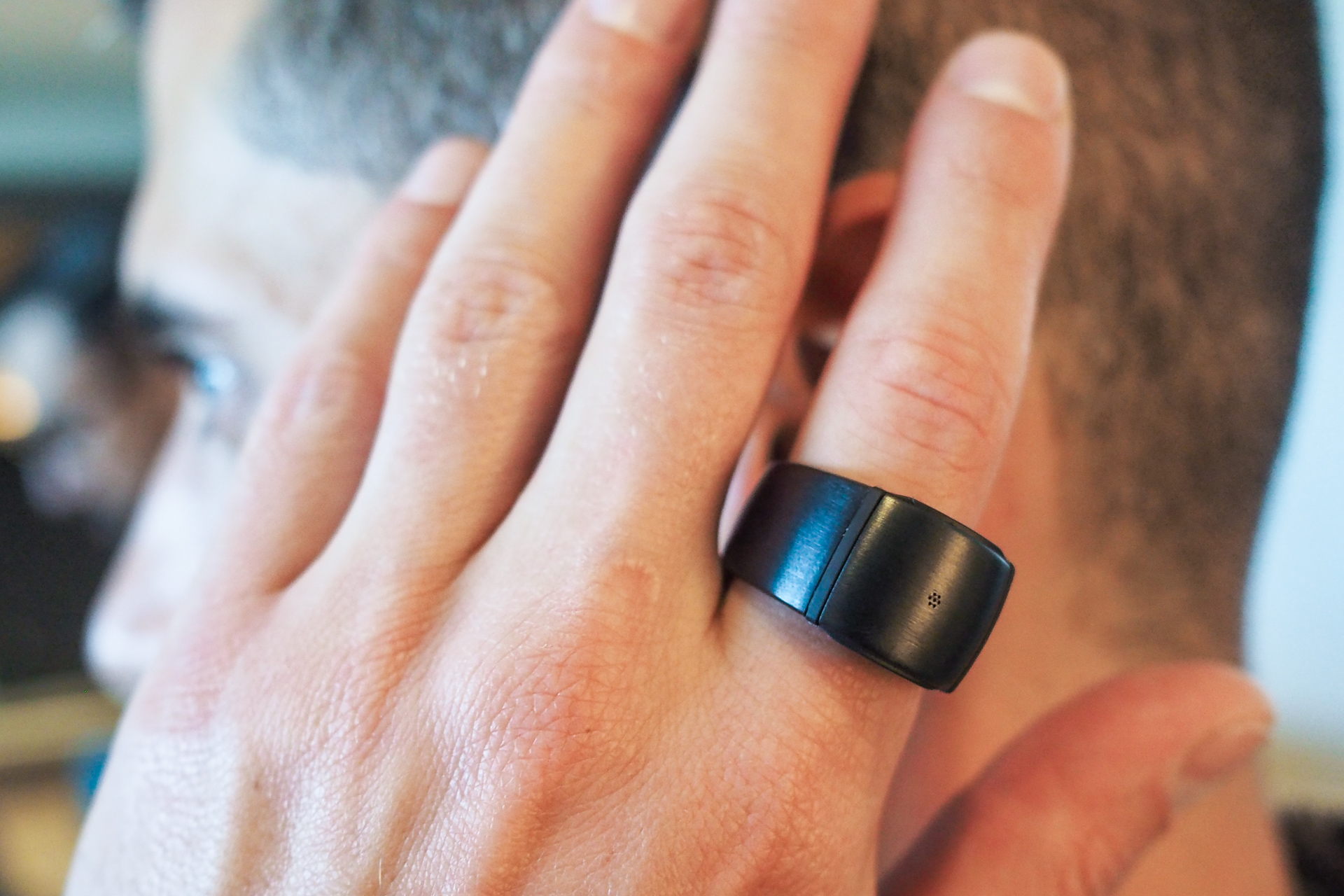 Amazon launched the next generation of its Eero router, which now works better with Alexa. The router lets you do things like shut off or pause the Wi-Fi with voice commands — features that will later come to other routers from TP-Link, Asus, Linsky, and Arris by way of an API. The router is $99, or available in a three-pack for $249, and is available in the U.S. today and in Europe later this year. 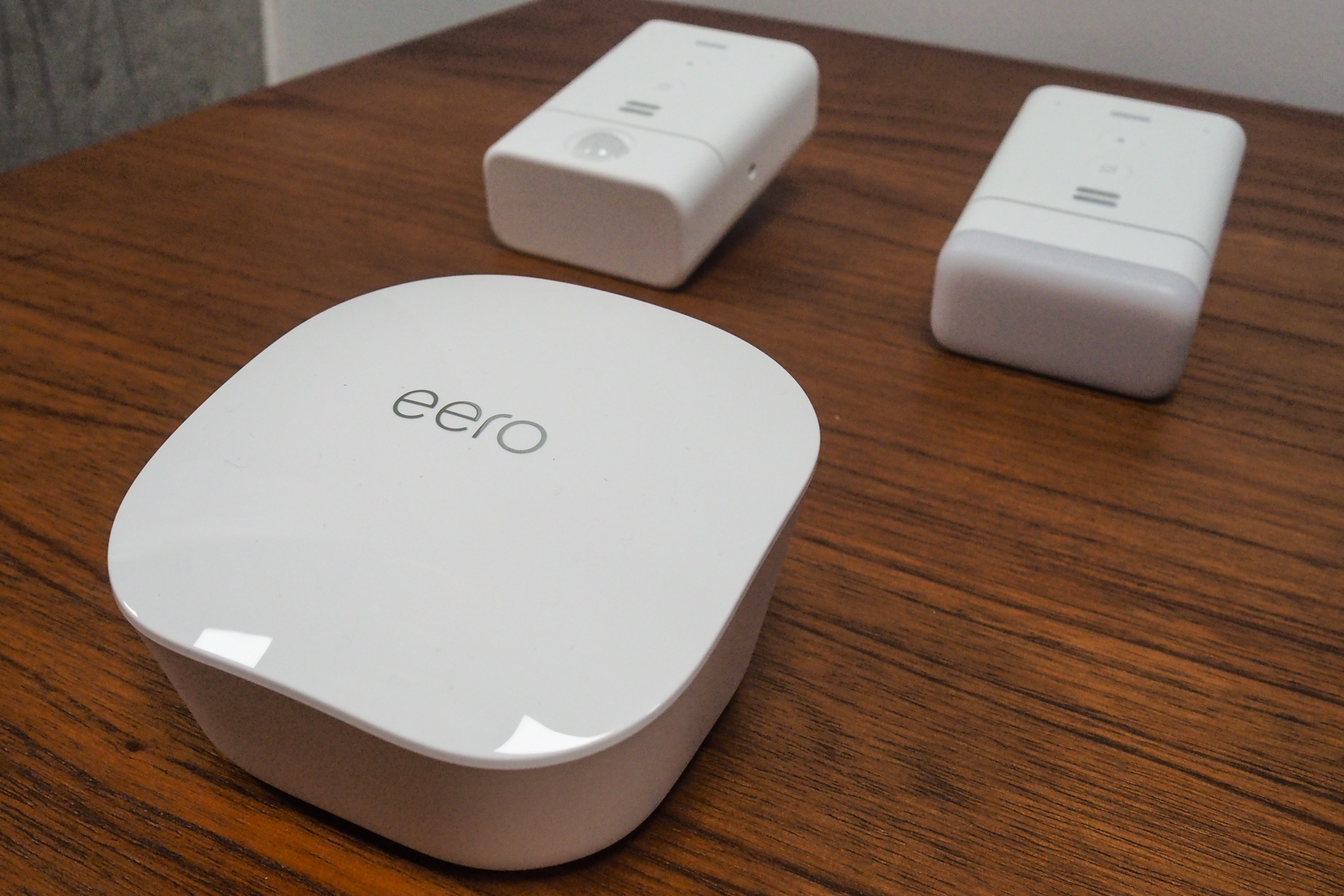 What’s an Amazon event without a new Alexa-powered oven, right? This time around, Amazon takes on the June Oven with a $250 combination convection oven, microwave, air fryer, and food warmer. Once paired with Echo, you can ask Alexa to do things like preheat the oven, start or stop the cooking, and more. 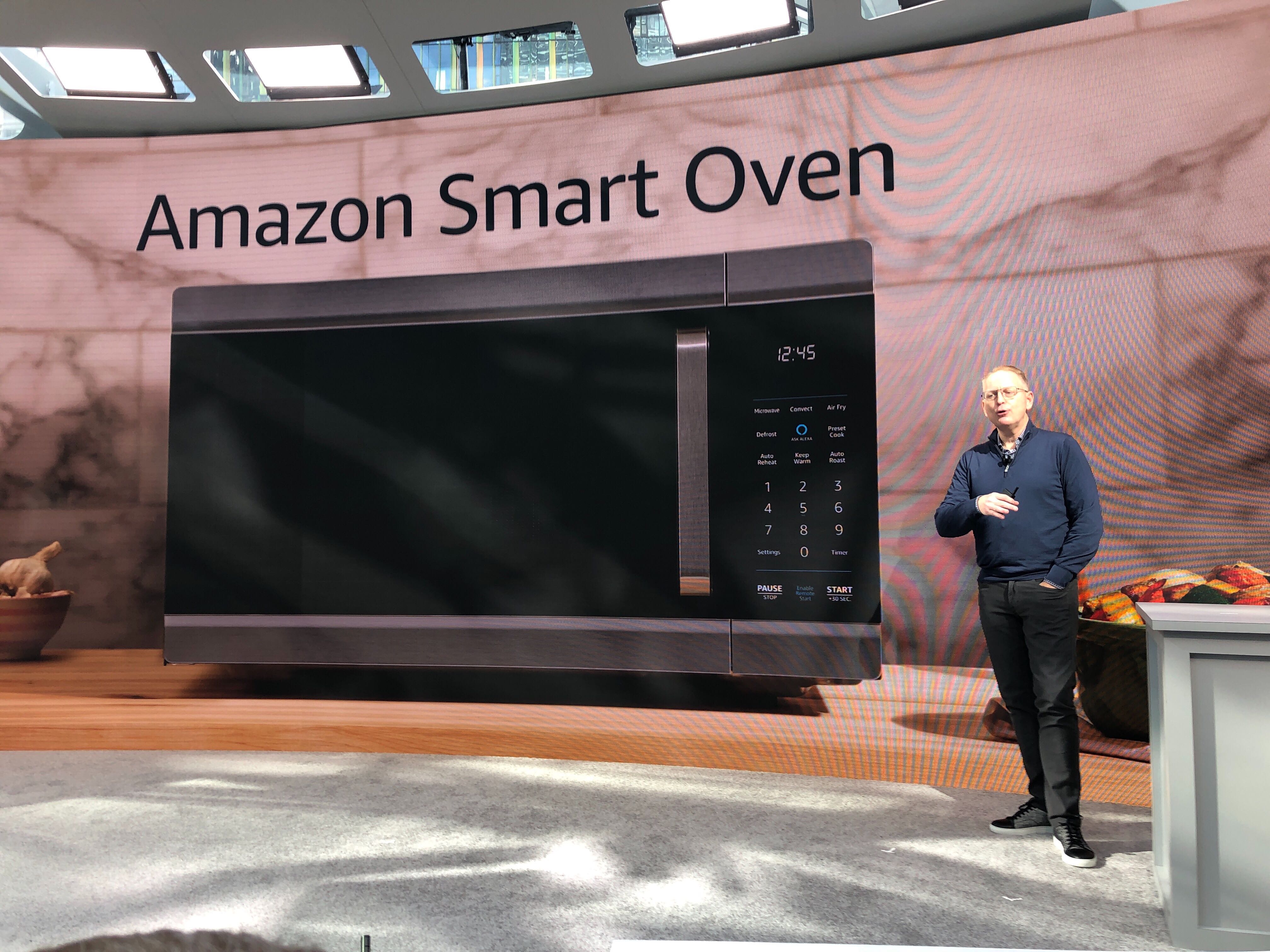 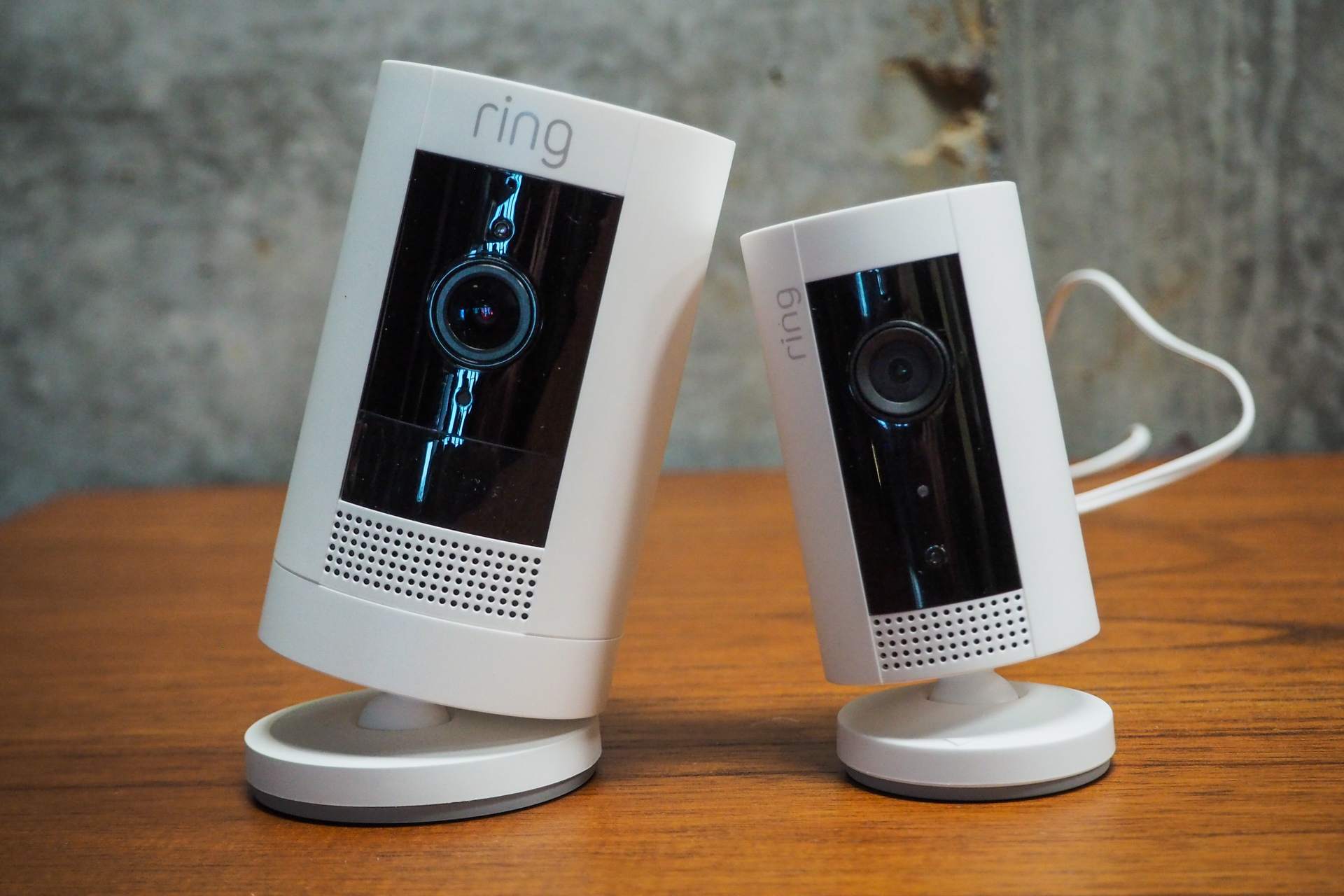 Alexa gets Smarter and Weirder

Customers love Alexa in the kitchen for watching recipe videos. So Amazon doubled down on this with its partner, Food Network, to offer both live and on-demand cooking classes for Echo Show users. The service launches in October, and while Alexa is the exclusive voice partner, it will also be offered on phones and tablets. Oh, and Bobby Flay is involved. 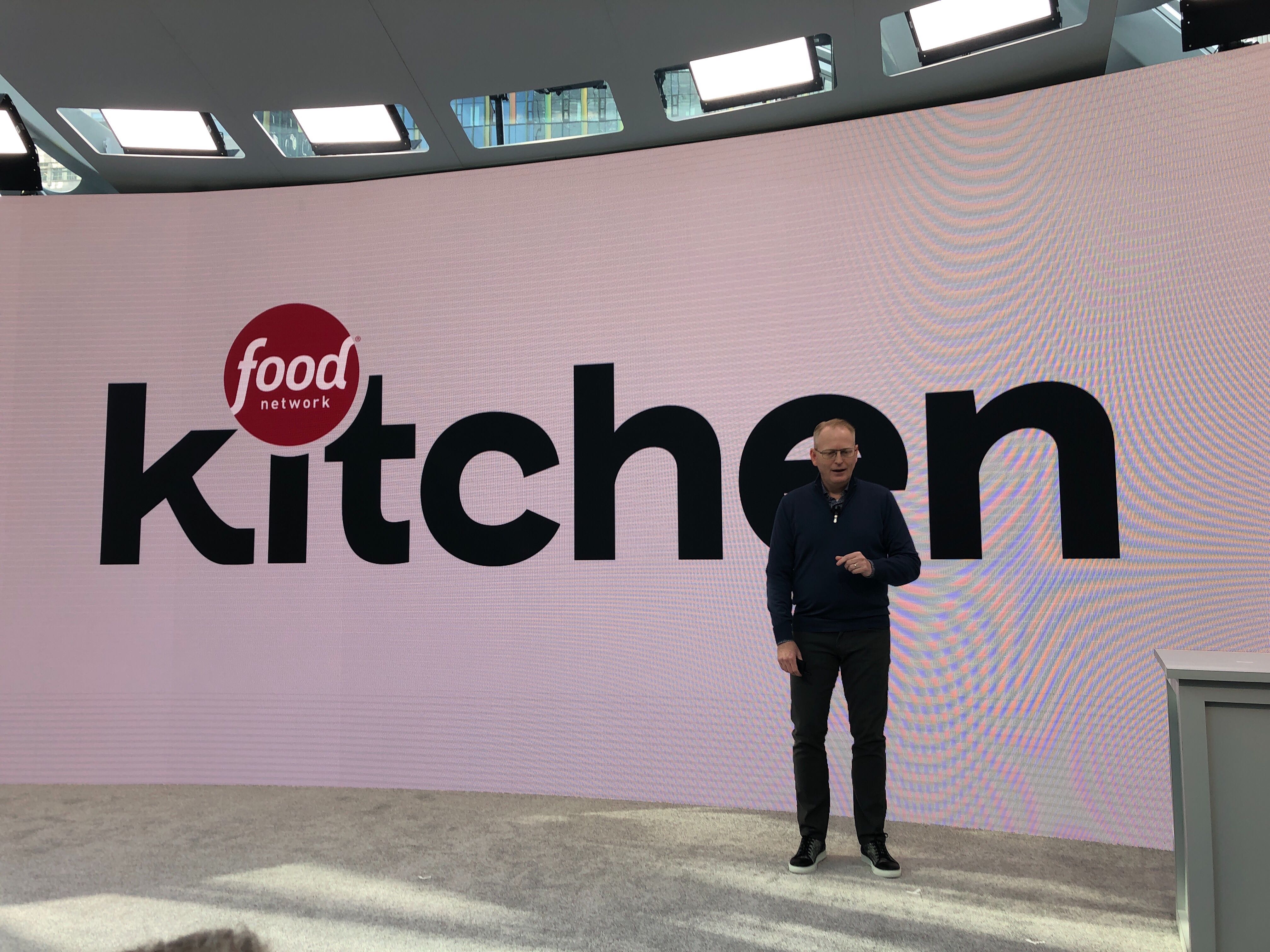 One of the more interesting introductions today was Amazon Sidewalk, Amazon’s low-bandwidth, long-distance wireless protocol designed to connect all of the IoT devices around your home and beyond — including places where Bluetooth or Wi-Fi can’t reach. The network uses the free, over-the-air 900 megahertz spectrum, and could allow for things like an Alexa-connected mailbox or lights for the yard, for example. 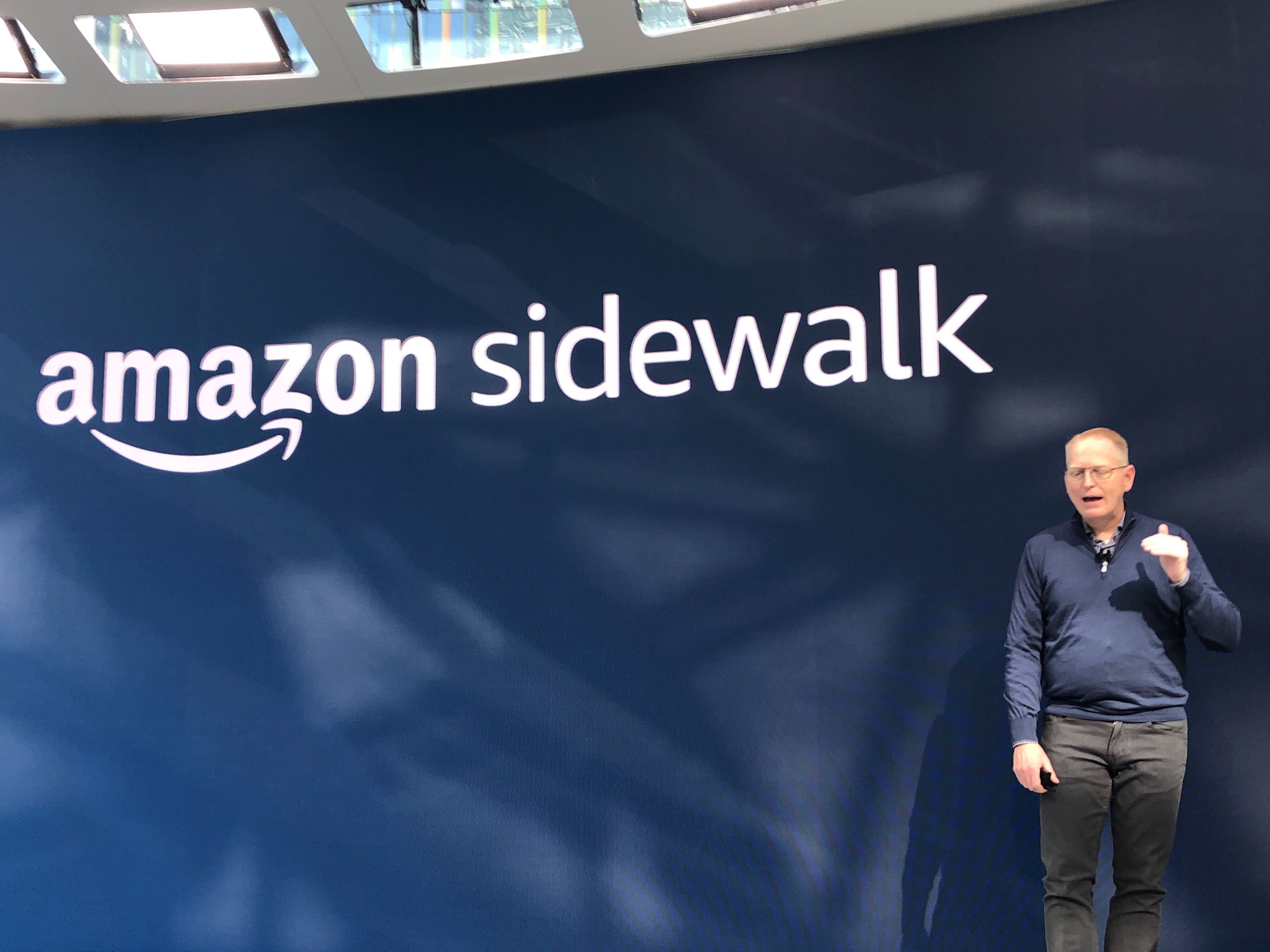 The first product to take advantage of Amazon Sidewalk was a connected dog tag that will alert you when your pooch exits a geofence you’ve established — like the yard. The Ring Fetch launches next year. 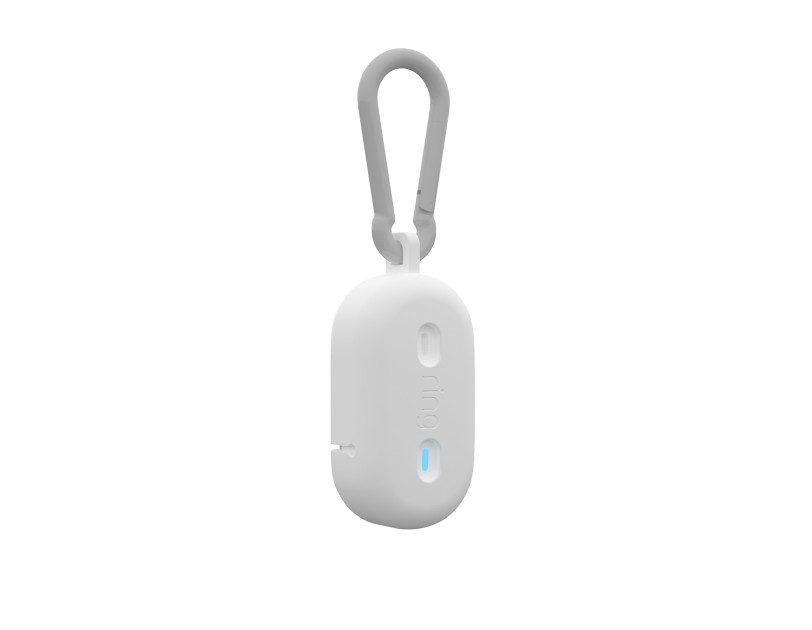