Back in June, Dropbox debuted a preview version of the “new Dropbox.” Built around a standalone app interface and focused on integrating all of your work tools (your Slack, G Suite, Zoom calls, etc.) into one place, it’s a pretty dramatic overhaul from the simple shared folders that Dropbox has always been known for.

Not everyone was a fan — John Gruber, for example, pointed out that all he wants from Dropbox is what it originally promised: a basic folder that syncs really, really well.

However you feel about it, the new Dropbox will start rolling out to everyone today. Those shared folders are now “Dropbox Spaces” — a hub, effectively, built around your shared files.

Here’s some of what’s different: 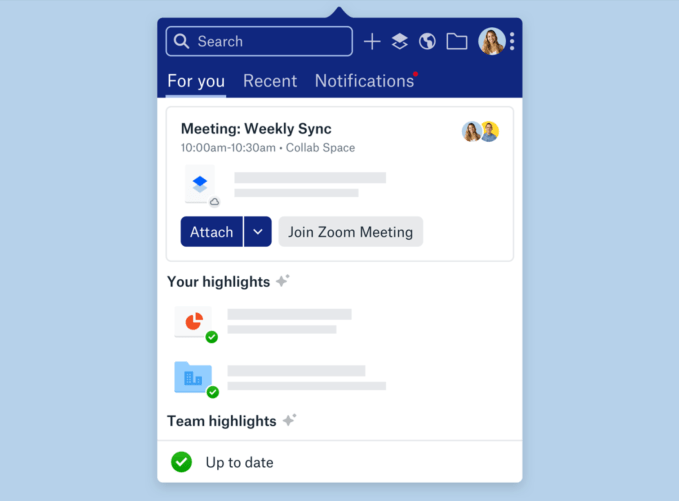 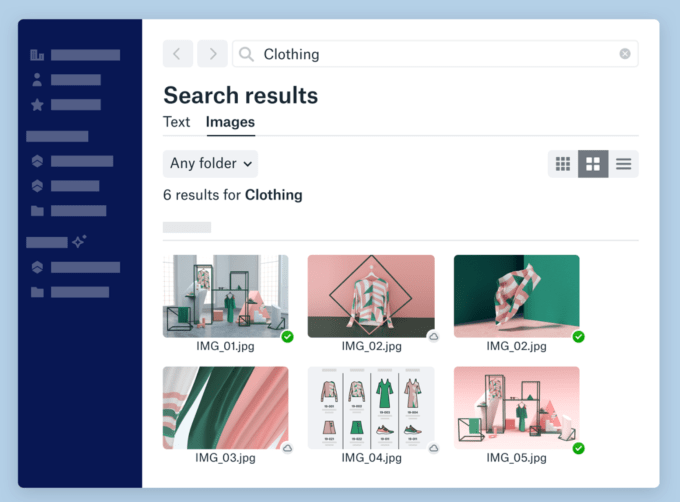 Dropbox doesn’t want to be seen as “just” a storage company any more — Dropbox CEO Drew Houston outright said it onstage, asking audience members to try to stop thinking of it as a storage company. Standing in front of a slide declaring that “the way we’re working isn’t working,” he outlined the company’s newfound focus on being a hub for all things work.

And if you prefer the old look and feel of Dropbox, with your Dropbox folders sitting amongst your other folders right within your OS? It doesn’t seem to be going away. You’ll need the new app to do any of the aforementioned new stuff, but your Dropbox folders and files will still appear in your Finder windows as before. A representative from Dropbox tells me there are no plans on the roadmap to change that.