Amazon had a lot of surprises at this morning’s big event in Seattle. This one, however, we saw coming from a mile away. Echo Buds are the company’s attempt to compete with the likes of AirPods by bringing its smart assistant directly to wearers’ ears.

Priced at $129, the wireless earbuds are relatively inexpensive as far as brand names go — and definitely less than the $159 starting price for Apple AirPods. We can’t really speak to quality right now, but Amazon has teamed up with Bose for these to bring its Active Noise Cancellation to the new devices. That’s accessible with a tap, similar to what Sony introduced with its own earbuds.

Each earbud has two outer microphones and one inner microphone that work together to reduce ambient noise. This helps Alexa to hear you as you’re out and about, in a busy, noisy environment. 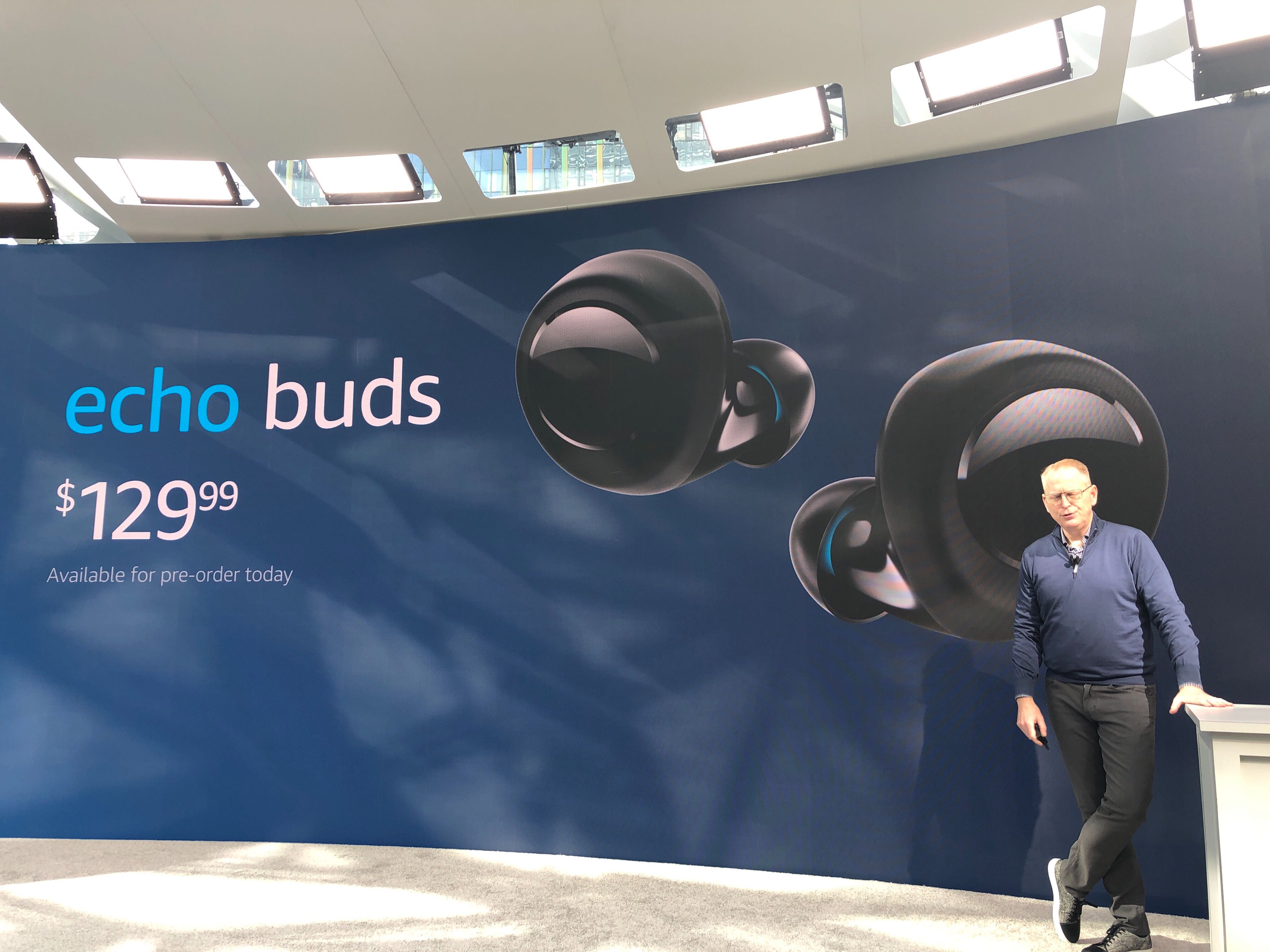 The earbuds can do things like play your music, give you directions, or order an Uber. Later, they’ll be able to guide you in-store at one of Amazon’s Whole Foods Market locations to help you find products. With a tap, they can also help you access your phone’s other assistant — Siri or Google Assistant.

The Echo Buds come with three different sized ear tips and wing tips. They’re also IPX4-rated to withstand splashes, sweat, or light rain. With one charge, the Echo Buds have up to five hours of music playback or four hours of call time. Their charging case holds up to three additional charges. 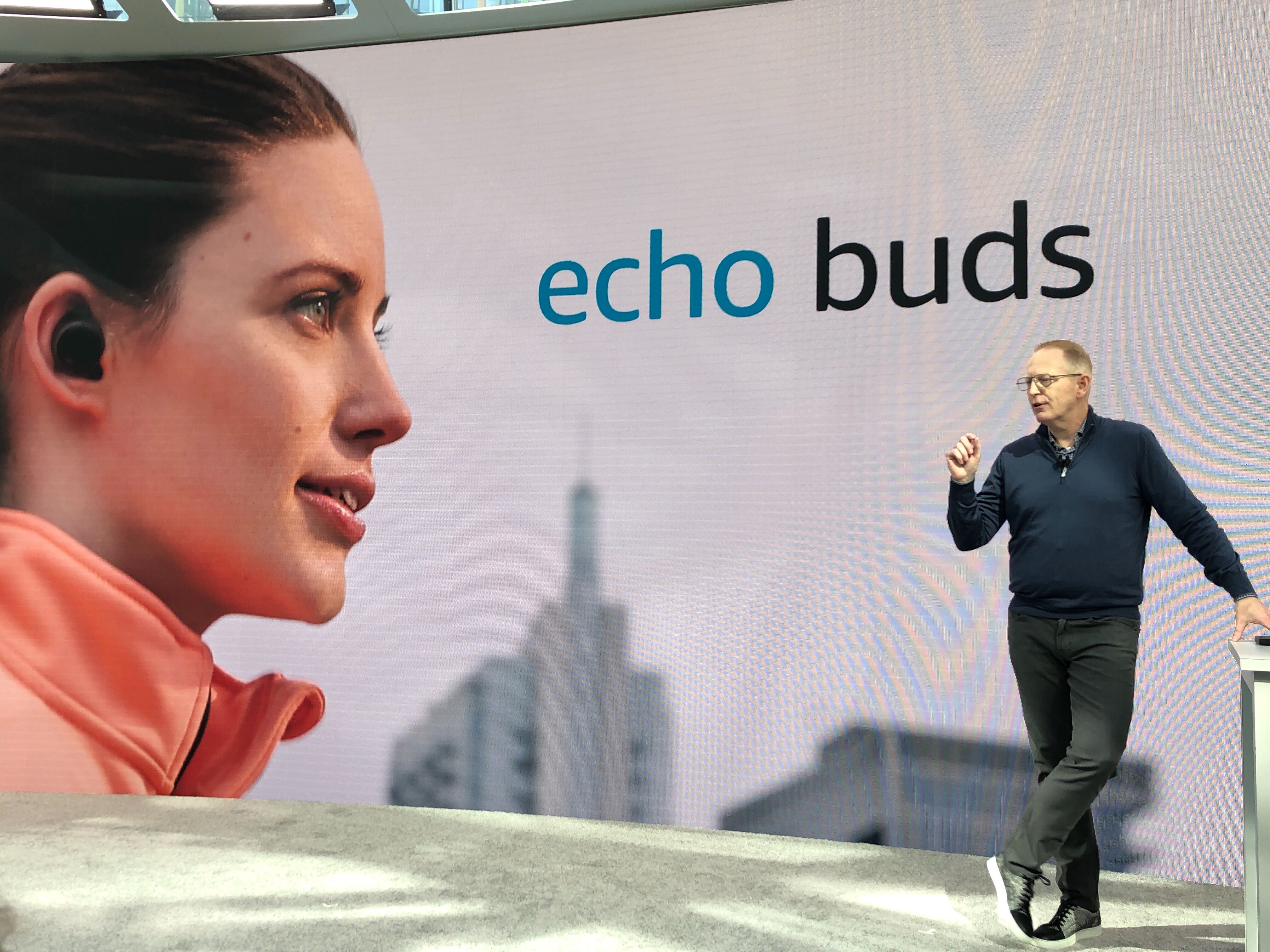 The product is clearly designed to help Alexa grow outside of the home, a market the company hasn’t captured as well as native mobile assistants like Siri and Google Assistant. That said, Amazon is also giving users the ability to access those assistants native to the user’s mobile phone.

As with the rest of the products announced at the event, Echo Buds are available for pre-order starting today.