Adobe today announced that Fresco (previously also known under its codename Project Gemini), it’s long-awaited next-generation drawing and painting app, is now available on the iPad. If you’re a Creative Cloud subscriber, you should be able to download it right now, but unlike some of Adobe’s other products, Fresco will also come in a free version that has some limitations, but should still give you access to the overall experience of using the app. You’ll also be able to purchase Fresco as a standalone app.

As Adobe’s Kyle Webster notes, one of the areas the team really focused on was the variety of brushes that are available in the app, including all of your favorite Photoshop brushes. Given that Webster sold his company KylesBrushes to Adobe in 2017, that doesn’t come as a surprise. Similarly, the fact that Fresco makes good use of the Apple Pencil is very much expected.

The highlight of Fresco, though, is Adobe’s Live Brushes, which can recreate the feeling of painting with oils and watercolors. These brushes — and the way they interact with the virtual paper — are powered by some of the company AI smarts, courtesy of its Sensei platform.

In addition to oil and watercolor, Fresco also features vector brushes. Because Adobe already offers a vector drawing app in the form of Adobe Illustrator, you’ll also be able to use Fresco to create a first draft of your drawing and then take it to Illustrator to finish it up.

The iPad app is out now. Android and Windows users will have to wait a little bit longer. 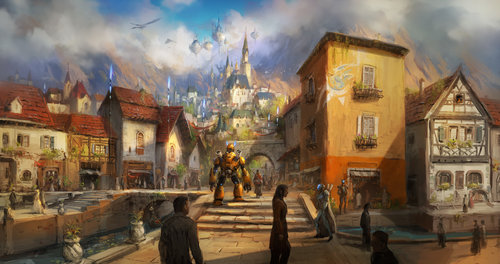