After two years of work, the wrapper comes off the giant glass cube this week, as Apple’s Fifth Avenue flagship opens to the public this Friday. The big reveal coincides with the company’s latest releases, including new iPhones and an Apple Watch — an appropriately grandiose homecoming for new gear.

This morning, the company offered a sneak preview to select media, ourselves included. Apple pulled back the curtain as a handful of curious onlookers stood by on the sidewalk. The cube itself appears largely unchanged, aside from a new shine. The colorful concealer wrap was, sadly, just temporary. 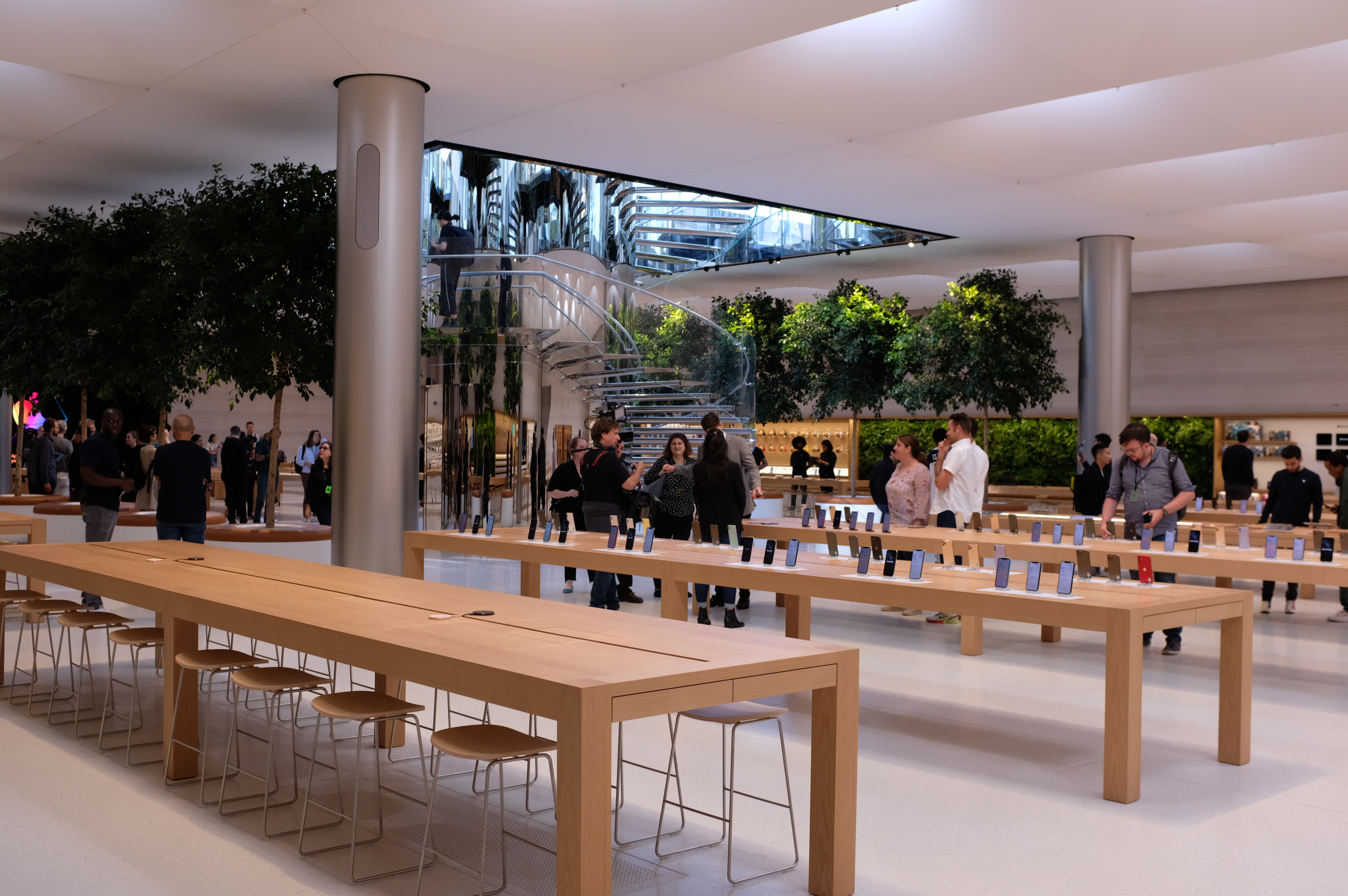 But then, why mess with what’s become a New York City landmark in its decade and a half of existence? The store is positioned in one of the most highly trafficked corners of the city, at the southeast corner of Central Park, directly across from the Plaza (and perhaps less attractively to some, two blocks north of a certain presidential tower). Until a few years back, it fittingly shared the square with the iconic FAO Schwarz. 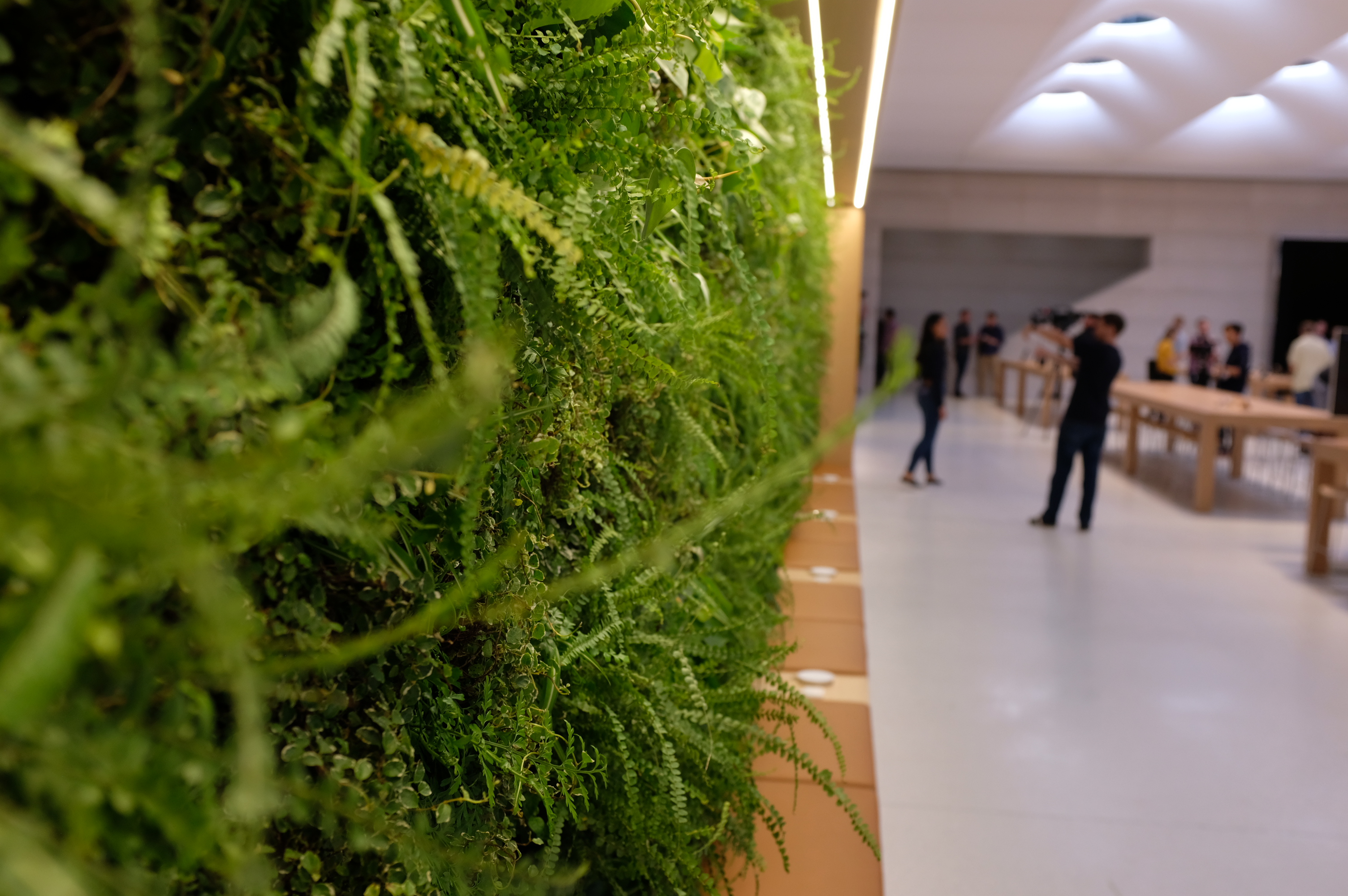 Now, however, Apple’s completely taken over the space. The plaza surrounding the cube has changed a good deal to accommodate a new lighting system that leverages a combination of sunlight and the power of 500,000 LEDs. More on that here.

Underground, the store occupies the full area of the plaza, as well. That extra space allows for a larger Genius Bar that stretches the length of the store and a special HomePod listening area sealed behind glass that brings to mind the once-popular world of hi-fi stereo stores. 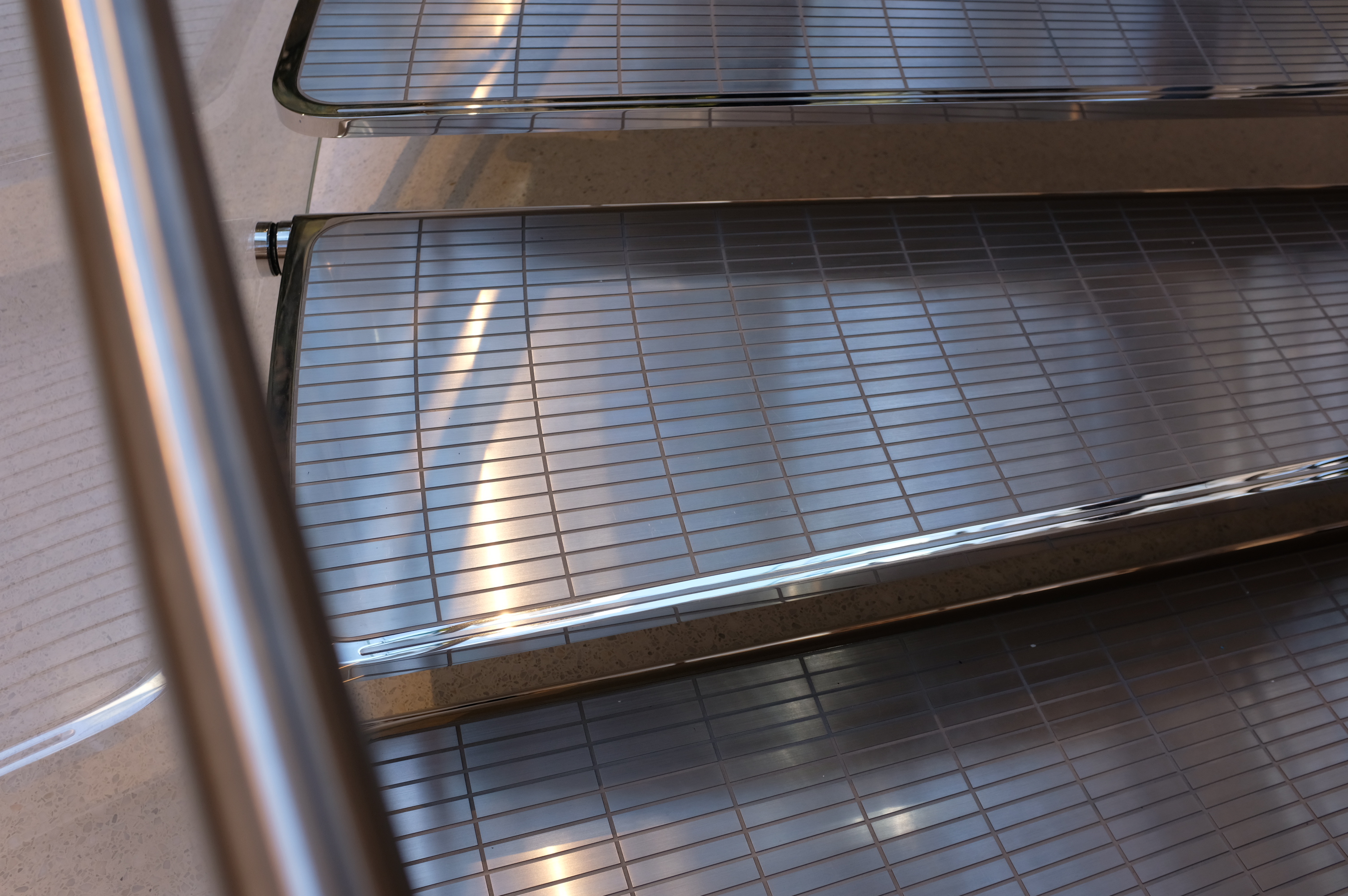 Most surprising, the signature spiral staircase is no longer purely glass. The steps now have a stainless steel covering — for safety purposes, one assumes. One attendee this morning confided to me that he nearly bit it walking down the steps the first time he visited the store. As cool as the glass looked, it always felt like a disaster waiting to happen whenever it rained.

As promised, the lighting system was employed to great effect. It’s a cool combination, the sunlight streaming through the fogged portholes along with the lighting rings around them. Check the reflection below: 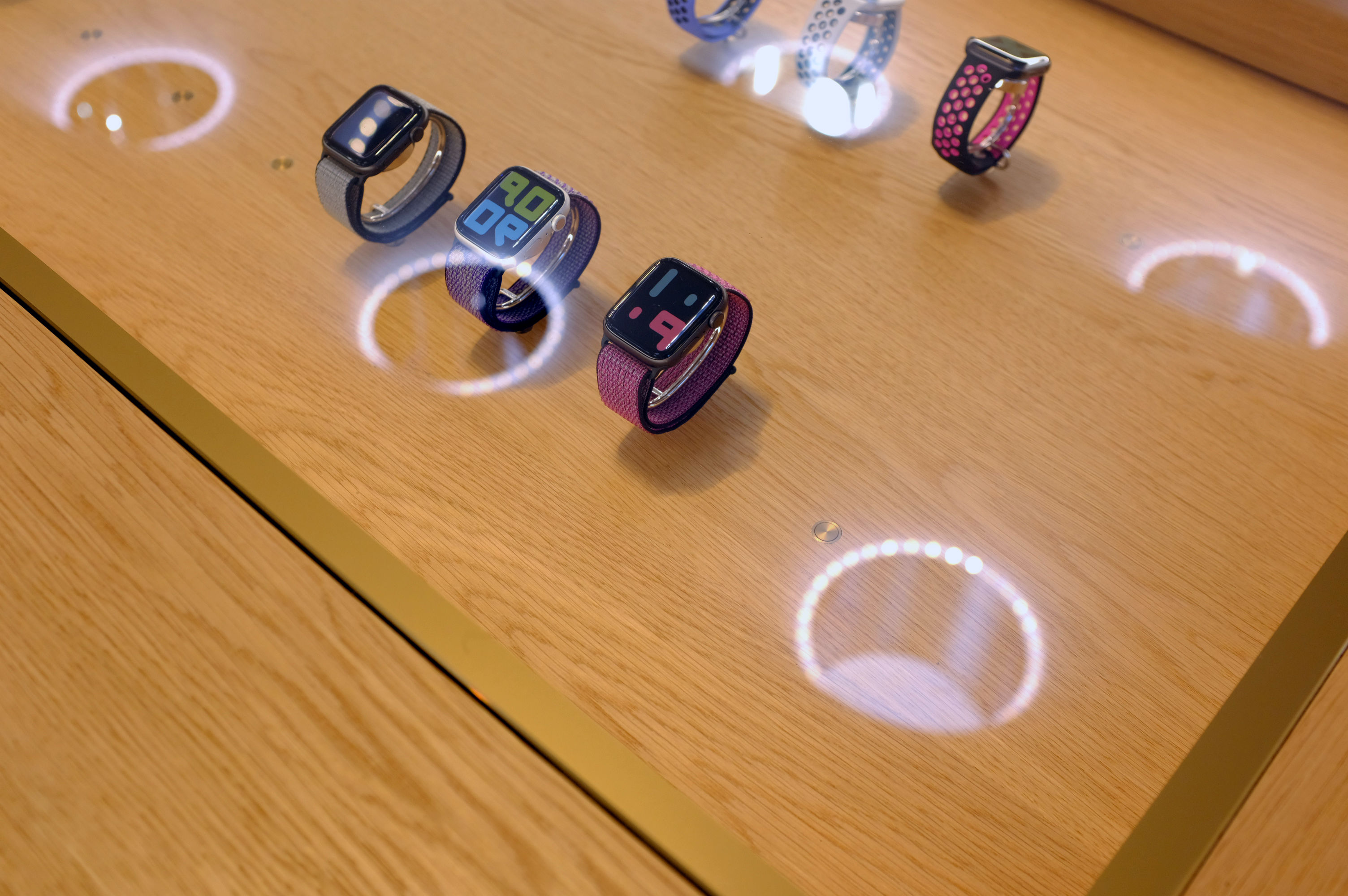 The sunlight, in turn, is used by eight full-sized trees divided in two rows on the east and west sides of the store, along with a long, live green wall to the east (near the AirPods, FWIW). It’s also apparently the coolest during sunrise and sunset when it takes on a glowing effect.

The new store opens to public this Friday at 8AM.