Google’s parental control software, Family Link, is getting a noteworthy update today with the addition of new features that will allow parents to limit screen time per app, instead of the device as a whole, as well as let them more easily extend screen time as needed. The features were first announced at Google’s I/O developer conference this spring, and help to make Family Link a more complete parental control and screen-time solution.

While the simplest way to manage screen time is to just not give kids a device in the first place, it’s not the most realistic. As parents, we need to teach our kids to navigate the world — and that means we have to show them how to establish a healthy, non-addictive relationship with technology, too. Certain apps make that more difficult, as they’ve been intentionally designed to steal our focus for long periods of time. Even as adults, many of us struggle with this same problem.

For years, platform makers like Apple and Google were complicit with regard to users’ app addictions. They were thrilled about the success of the third-party developers and the money they brought in. Only more recently have these companies realized that their popular devices are starting to be seen as the digital equivalent of junk food — sure, it fuels you. But it’s bad for your health and should be limited. And that, of course, is bad for business. Hence, the arrival of screen-time and digital well-being features.

Family Link is not a perfect system, but it now comes built-in to Android devices with Android 10 and up, and can be downloaded as a standalone app from Google Play if you don’t have it available. It’s to Google’s credit that it has integrated it now into the core mobile OS, where it’s easier to find and use. 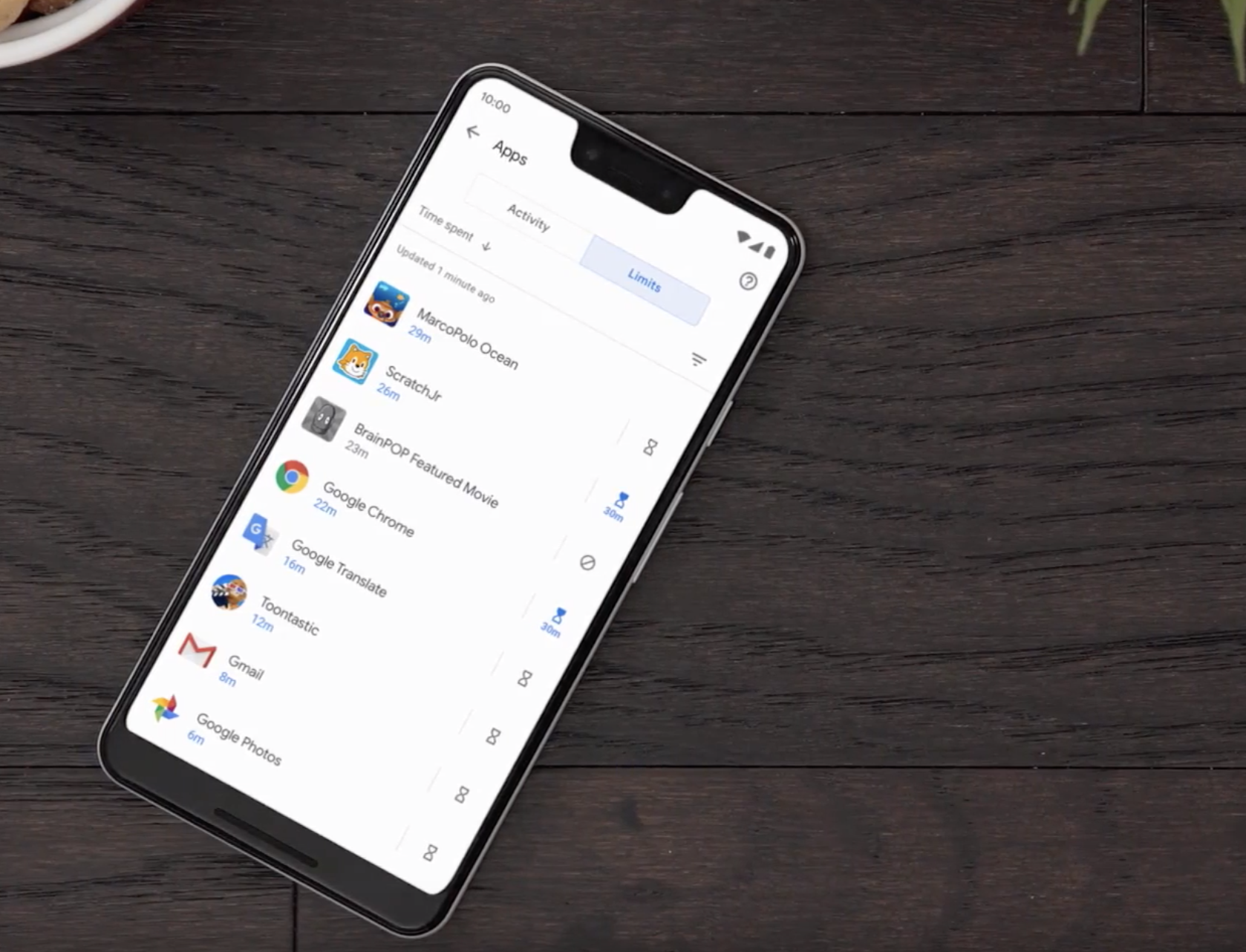 Already, it’s able to do things like set device “bedtimes,” track activity per app, set daily limits, view the device’s location on the map and ring it (you’ll need Family Link for this feature alone) and more.

But what was sorely lacking was the ability to more narrowly define how a child’s screen time should be used.

Today, there are plenty of educational apps — from flashcards to study guides to Kindle books — that kids don’t deserve to be locked out from just because they’ve used their phone over a certain number of hours per day. And as a parent myself, I was hesitant to enforce daily limits in Family Link because it locked my child out of her phone entirely, except for the ability to make calls. She just as often uses texting to reach me, so I didn’t want to cut her off from that ability.

With the new per-app limits, you’ll be able to limit how long each individual app on the device can be used.

That means I can drastically trim the number of hours per week she spends on TikTok and YouTube (sorry, not sorry, Google!), or in mobile games. It also now means that chores around the house aren’t tied to “screen time” as a whole, but time in a favorite app, like Roblox. (Oh, the motivation!)

However, per-app limits will require a lot of manual labor on parents’ part. I don’t mind the extra work, because I appreciate the granular control, but a lot of parents would be better-served by category-based limits. (e.g. “mobile gaming.”) This could be something Google addresses in a future update. 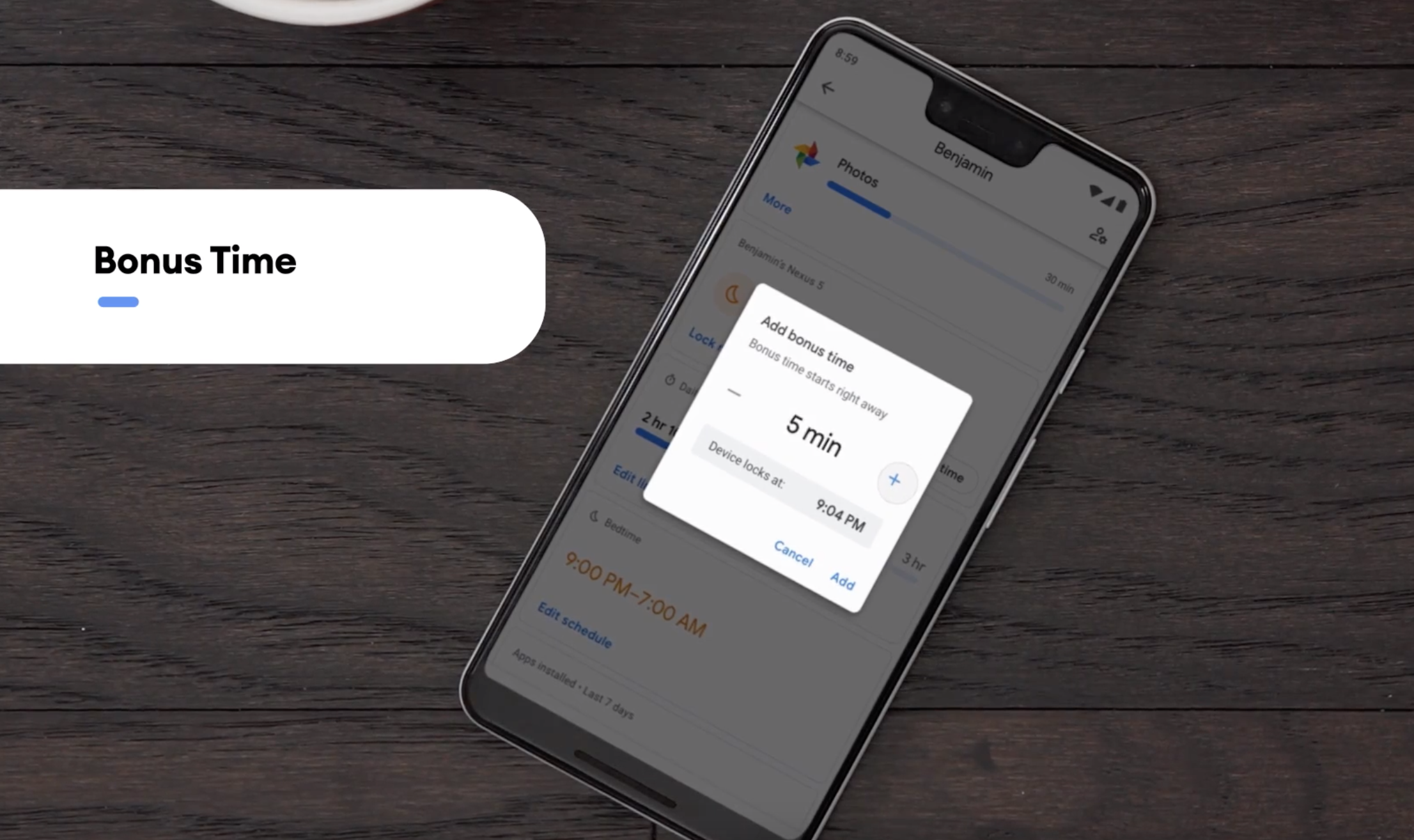 The other update rolling out today is Bonus Time, which lets you up the amount of screen time in sort of a one-off situation.

For example, if the child is in the middle of something and just needs a few more minutes, you can now grant this extra time without having to disable the screen-time setting. You’ll know screen time is running out because the child gets warnings at 15 minutes, 5 minutes and 1 minute. And they’ll be sure to tell you about this.

These updates are rolling out today to the cross-platform Family Link service. Parents can control Family Link settings from their Android or iOS device, and the child can use an Android or Chrome device.