Amazon-owned Twitch has made a small but strategic acquisition designed to improve its search capabilities and better direct viewers to exactly the right content. The company is acquiring IGDB, the Internet Games Database (no relation to Amazon’s IMDb), a website dedicated to combining all the relevant information about games into a comprehensive resource for gamers everywhere. As a result of the acquisition, IGDB’s database will now feed into Twitch’s search and discovery feature set. However, the IGDB website itself will not be shut down.

Founded in 2015 by Christian Frithiof and a small team based in Gothenburg, Sweden, IGDB sources its gaming content both through community contributions and automation.

The site includes useful information for every game, like the genre, platforms supported, description, member and critic ratings and reviews, storyline, game modes, publisher, release dates, characters and more. You could also find less-common details, like how long it would take to play the game in question, or the player perspectives the game offered, among other things.

And similar to IMDb’s mission of organizing everything associated with the entertainment industry, IGDB allowed voice talent to claim their profile on its site, in addition to listing the full credits associated with a given title.

To generate revenue, IGDB provided a developer API that’s been free to use for smaller shops or $99 per month for up to 50K requests. Interested partners, (e.g. ASUS), could reach out to request special pricing. To date, IGDB was working with several thousand API users, we understand. 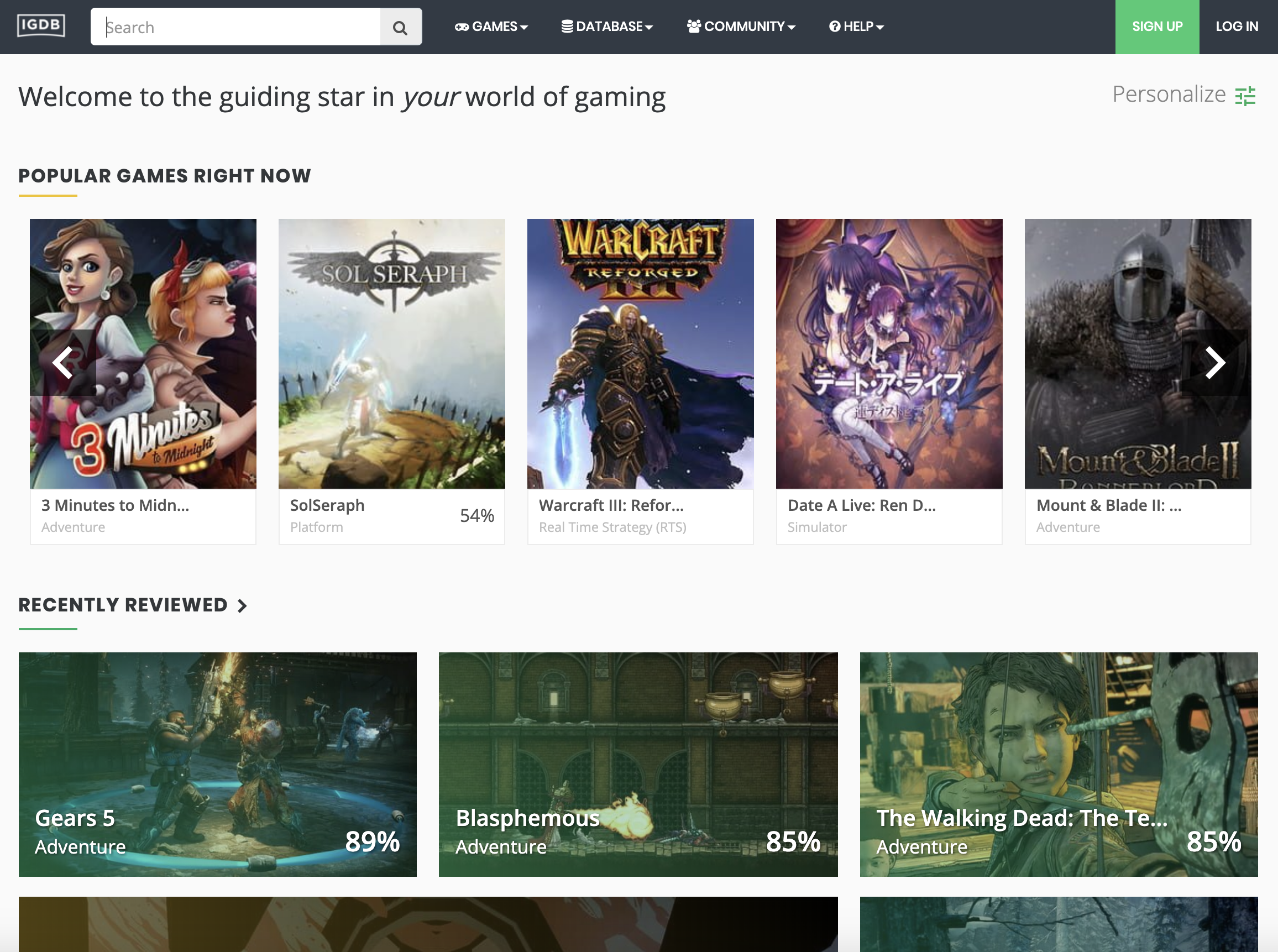 Twitch confirmed the acquisition to TechCrunch in a statement.

“Millions of people come to Twitch every day to find and connect with their favorite streamers and communities, and we want to make it easier for people to find what they’re looking for,” a spokesperson said. “IGDB has developed a comprehensive gaming database, and we’re excited to bring them on to help us more quickly improve and scale search and discovery on Twitch.”

Deal terms were not disclosed, but it was likely a small deal, from a financial standpoint. IGDB is only a 10-person team and had raised just $1.5 million to date, according to data from Crunchbase.

From a strategic standpoint, however, the acquisition is much more impactful.

Twitch CEO Emmett Shear has spoken publicly about the issues surrounding Twitch’s search functionality and how it needs to improve on that front.

“We want every place on Twitch to help you get discovered. Today, nearly one in three people who come to Twitch use Search to find what they’re looking for. Now, I’ll be the first to admit that our search function hasn’t always been the best experience,” Shear had said earlier this year, speaking at TwitchCon Berlin. “One wrong letter and your search results may come back empty, or direct you to a very different streamer than the one you were looking for. So we’re going to fix search so it actually works,” he promised.

In recent weeks, there were hints that something was going on at IGDB.

In a blog post dated August 19, 2019, IGDB announced it was starting a “large scale migration of our backend, database, and hosting” and said that the service was “about to undergo some changes, some temporary and others more permanent.” As a part of its changes, it shut off the ability for users to sign-up or update their profiles, and it shut down its pulse news, feed and recommendations features.

Now a part of Twitch, IGDB will merge its free and premium APIs into one free tier, will clean up other features and migrate infrastructure. Its IGDB website will continue to remain online.

“Our mission has always been to build the most comprehensive gaming database in the world. Such a monumental undertaking can be quite challenging when you are a small startup team,” reads an IGDB blog post. “By joining Twitch, we will be able to tap into their experience, resources, and skills, which will enable us to accelerate our progress and deliver the version of IGDB we all always dreamed about. Not only that, our companies share the same culture, core values, and passion for gaming – making this the perfect fit,” the post said.

It was common industry knowledge Twitch previously used competing data provider Giant Bomb. As is often the case, the company may have been in discussions with IGDB about making a switch, which led to the acquisition. (The company declined to say how it came about.) What had made IGDB different from other API providers, like MobyGames, is that it allowed its API to be used commercially, including by competing projects, and it allowed caching and storing data on local databases.

The entire 10-person team from IGDB will remain based in Sweden, but will report into Twitch through its Viewer Experience organization.