Apple Arcade requires iOS 13, tvOS 13 or macOS Catalina, which means that you won’t be able to access the service before updating to the new major versions of the operating systems. The final version of iOS 13 is set to launch on Thursday on the iPhone.

Originally announced earlier this year, Apple has been working on an ad-free gaming service that lets you download and play games for a monthly subscription fee. These games have no ads or in-app purchases.

Essentially, you pay $4.99 per month to access a library with dozens of games. Subscriptions include a one-month free trial and work with family sharing.

You can browse the selection of games without subscribing. There are currently 53 games available, but Apple said that it plans to launch more than 100 games this fall. 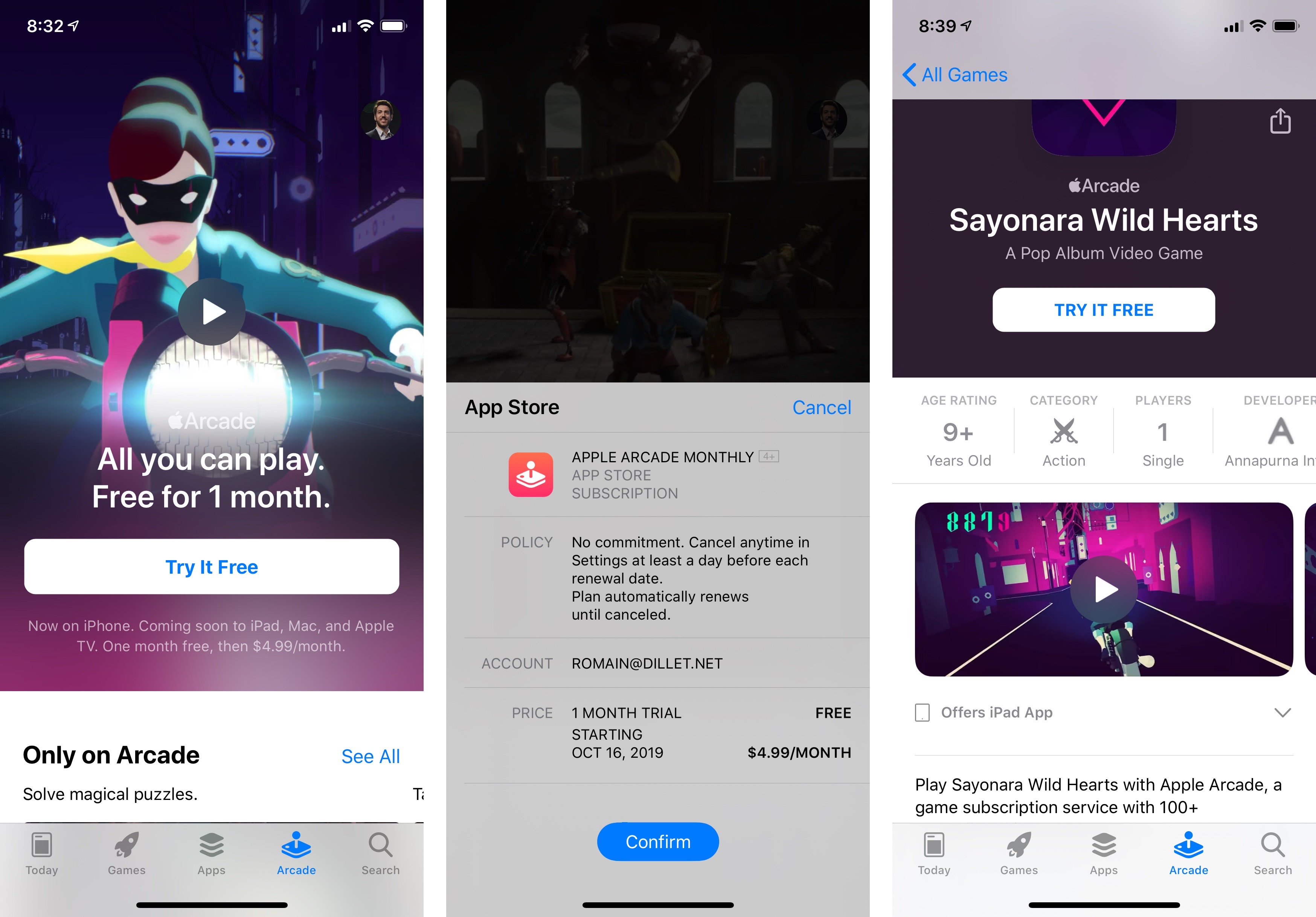 Each game has its own App Store page with a trailer, screenshots and some new icons indicating the age rating, category, number of players and more.

If you search for a game on the App Store and you’re not an Apple Arcade subscriber, you get a new button that tells you that you can try it free by subscribing to Apple Arcade. It also says “Apple Arcade” above the app name.