Hello and welcome back to Startups Weekly, a weekend newsletter that dives into the week’s noteworthy startups and venture capital news. Before I jump into today’s topic, let’s catch up a bit. Last week, I wrote about Stripe’s grand plans. Before that, I noted Peloton’s secret weapons.

The best companies are built by people who have personally experienced the problem they’re attempting to solve. Lauren Jonas, the founder and chief executive officer of Part & Parcel, is intimately familiar with the struggles faced by the women she’s building for.

San Francisco-based Part & Parcel is a plus-sized clothing and shoe startup providing dimensional sizing to women across the U.S. The company operates a bit differently than your standard direct-to-consumer business by seeking to include the women who wear and evangelize the Part & Parcel designs by giving them a cut of their sales.

Here’s how it works: Ambassadors sign up to receive signature styles from Part & Parcel, which they then share and sell to women in their network. Ultimately, the sellers are eligible to receive up to 30% of the profit per sale. The out-of-the-box model, which might remind you somewhat of Mary Kay or Tupperware’s business strategy, is meant to encourage a sense of community and usher in a new era in which plus-sized women can facilitate other plus-sized women’s access to great clothes. 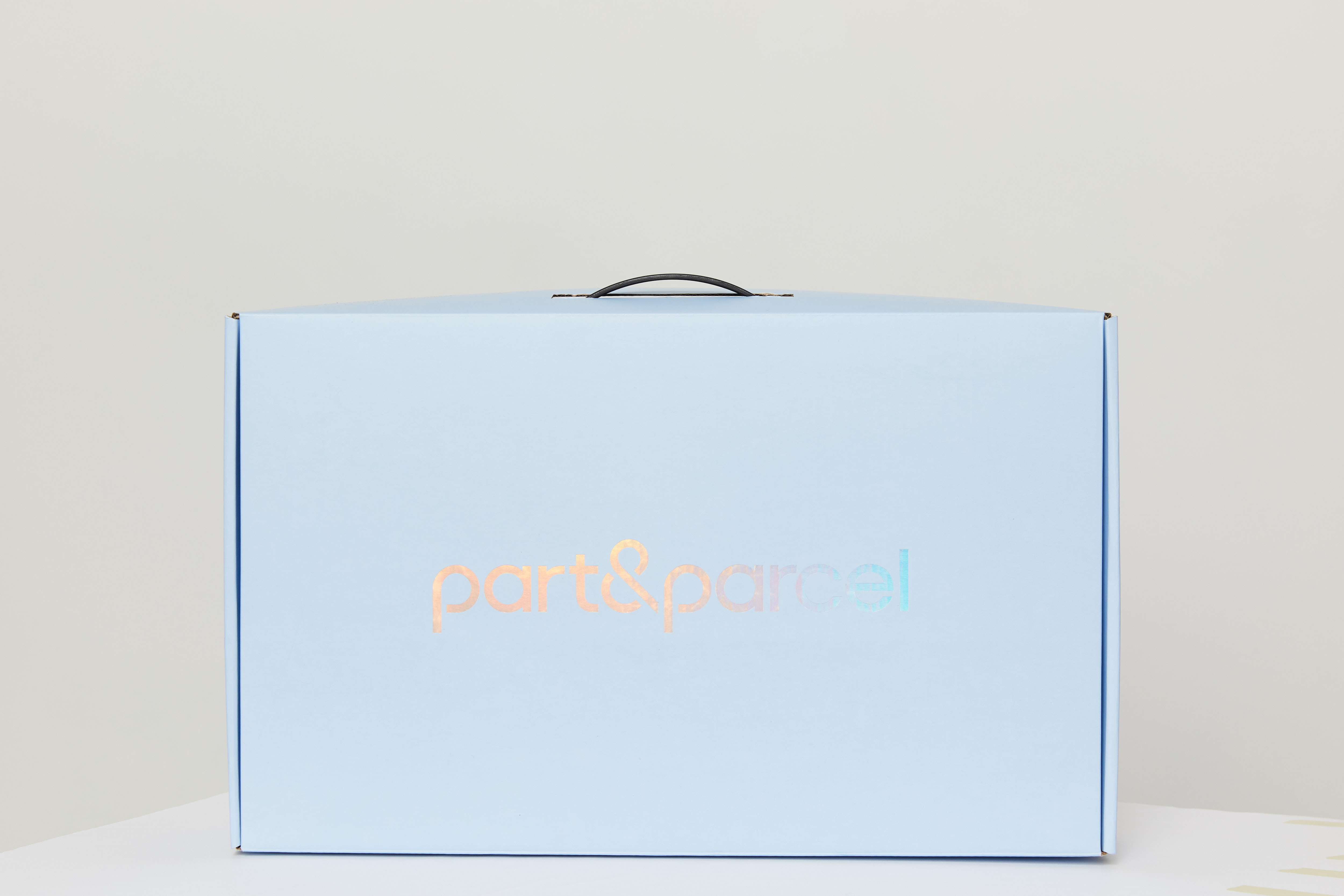 “I bought a brown men’s polyester suit and wore it to an interview,” Jonas, an early employee at Poshmark and the long-time author of the popular blog, ‘The Pear Shape,’ tells TechCrunch. “I was that kid wearing a men’s suit.”

Clothing tailored to plus-sized women has long been missing from the retail market. Increasingly, however, new brands are building thriving businesses by catering precisely to the historically forgotten demographic. Dia&Co., for example, raised another $70 million in venture capital funding last fall from Sequoia and USV. And Walmart recently acquired another brand in the space, ELOQUII, for an undisclosed amount. Part & Parcel, for its part, has raised $4 million in seed funding in a round led by Lightspeed Venture Partners’ Jeremy Liew.

The startup launched earlier this year in Anchorage, “a clothing desert,” and has since grown its network to include women in several other underserved markets. Given her own history struggling to find a fitted woman’s suit, Jonas launched her line with structured pieces, including suits and blouses — though the startup’s biggest success yet, she says, has been its boots, which come in three different calf width options.

“Seventy percent of women in this country are plus-sized,” Jonas said. “I’m bringing plus out of the dark corner of the department store.”

This week in VC

TechCrunch’s Megan Rose Dickey published a highly anticipated deep dive on the state of sex tech this week. The piece provides new data on funding in sex tech and wellness companies, analysis on sex tech startup’s battle for public advertising and responses from industry leaders on how we can destigmatize sex with technology. Here’s a short passage from the story:

Cindy Gallop sees a market opportunity in every type of business obstacle she encounters. That’s why All The Sky will also seek to invest in startups that tackle the infrastructural tools needed to fuel sextech, like payments, hosting providers and e-commerce sites.

I swung by Contrary Capital‘s Demo Day this week, in which a number of startups gave a 4- to 5-minute pitch. Next on my list is Alchemist‘s Demo Day in Menlo Park. The accelerator welcomes enterprise startups for a six-month program focused on early customer adoption, company development and mentorship.

Also on my radar is Females To The Front. The event began this week in Palm Springs and if I were based in SoCal, I would have swung by. Led by Amy Margolis, the event is said to be the largest gathering of female cannabis founders and funders to date. Here’s how the group describes the event: “Females to the Front Retreat will mix immersive and hands-on workshops, pitch training, investment deck preparation and business skill set education with investor meetings and plenty of shared meals, pool time, yoga, connections, rest and rejuvenation. Every workshop is built to directly engage attendees instead of powerpoint and panels. Be prepared to return home inspired, engaged and with so many more tools in your toolbox.”

For the record, I don’t advertise events in my newsletter just wanted to give props to this one because it’s a great development for the cannabis tech ecosystem.

We are just weeks away from our flagship conference, TechCrunch Disrupt San Francisco. We have dozens of amazing speakers lined up. In addition to taking in the great line-up of speakers, ticket holders can roam around Startup Alley to catch the more than 1,000 companies showcasing their products and technologies. And, of course, you’ll get the opportunity to watch the Startup Battlefield competition live. Past competitors include Dropbox, Cloudflare and Mint… You never know which future unicorn will compete next.

You can take a look at the full agenda here. And if you still need convincing, here’s five reasons to attend this year’s conference from our COO himself.

This week, the lovely Alex Wilhelm, editor-in-chief of Crunchbase News, and I gathered to discuss a number of topics including WeWork’s IPO and Uber’s attempts to bypass a new law meant to protect gig workers. Listen here.