Voyage, the autonomous vehicle startup that spun out of Udacity, announced Thursday it has raised $31 million in a round led by Franklin Templeton.

Khosla Ventures, Jaguar Land Rover’s InMotion Ventures and Chevron Technology Ventures also participated in the round. The company, which operates a ride-hailing service in retirement communities using self-driving cars supported by human safety drivers, has raised a total of $52 million since launching in 2017. The new funding includes a $3 million convertible note.

Voyage CEO Oliver Cameron has big plans for the fresh injection of capital, including hiring and expanding its fleet of self-driving Chrysler Pacifica minivans, which always have a human safety driver behind the wheel.

Ultimately, the expanded G2 fleet and staff are just the means toward Cameron’s grander mission to turn Voyage into a truly driverless and profitable ride-hailing company.

“It’s not just about solving self-driving technology,” Cameron told TechCrunch in a recent interview, explaining that a cost-effective vehicle designed to be driverless is the essential piece required to make this a profitable business.

The company is in the midst of a hiring campaign that Cameron hopes will take its 55-person staff to more than 150 over the next year. Voyage has had some success attracting high-profile people to fill executive-level positions, including CTO Drew Gray, who previously worked at Uber ATG, Otto, Cruise and Tesla, as well as former NIO and Tesla employee Davide Bacchet as director of autonomy.

Funds will also be used to increase its fleet of second-generation self-driving cars (called G2) that are currently being used in a 4,000-resident retirement community in San Jose, Calif., as well as The Villages, a 40-square-mile, 125,000-resident retirement city in Florida. Voyage’s G2 fleet has 12 vehicles. Cameron didn’t provide details on how many vehicles it will add to its G2 fleet, only describing it as a “nice jump that will allow us to serve consumers.”

Voyage used the G2 vehicles to create a template of sorts for its eventual driverless vehicle. This driverless product — a term Cameron has used in a previous post on Medium — will initially be limited to 25 miles per hour, which is the driving speed within the two retirement communities in which Voyage currently tests and operates. The vehicle might operate at a low speed, but they are capable of handling complex traffic interactions, he wrote.

“It won’t be the most cost-effective vehicle ever made because the industry still is in its infancy, but it will be a huge, huge, huge improvement over our G2 vehicle in terms of being be able to scale out a commercial service and make money on each ride,” Cameron said.

Voyage initially used modified Ford Fusion vehicles to test its autonomous vehicle technology, then introduced in July 2018 Chrysler Pacifica minivans, its second generation of autonomous vehicles. But the end goal has always been a driverless product. 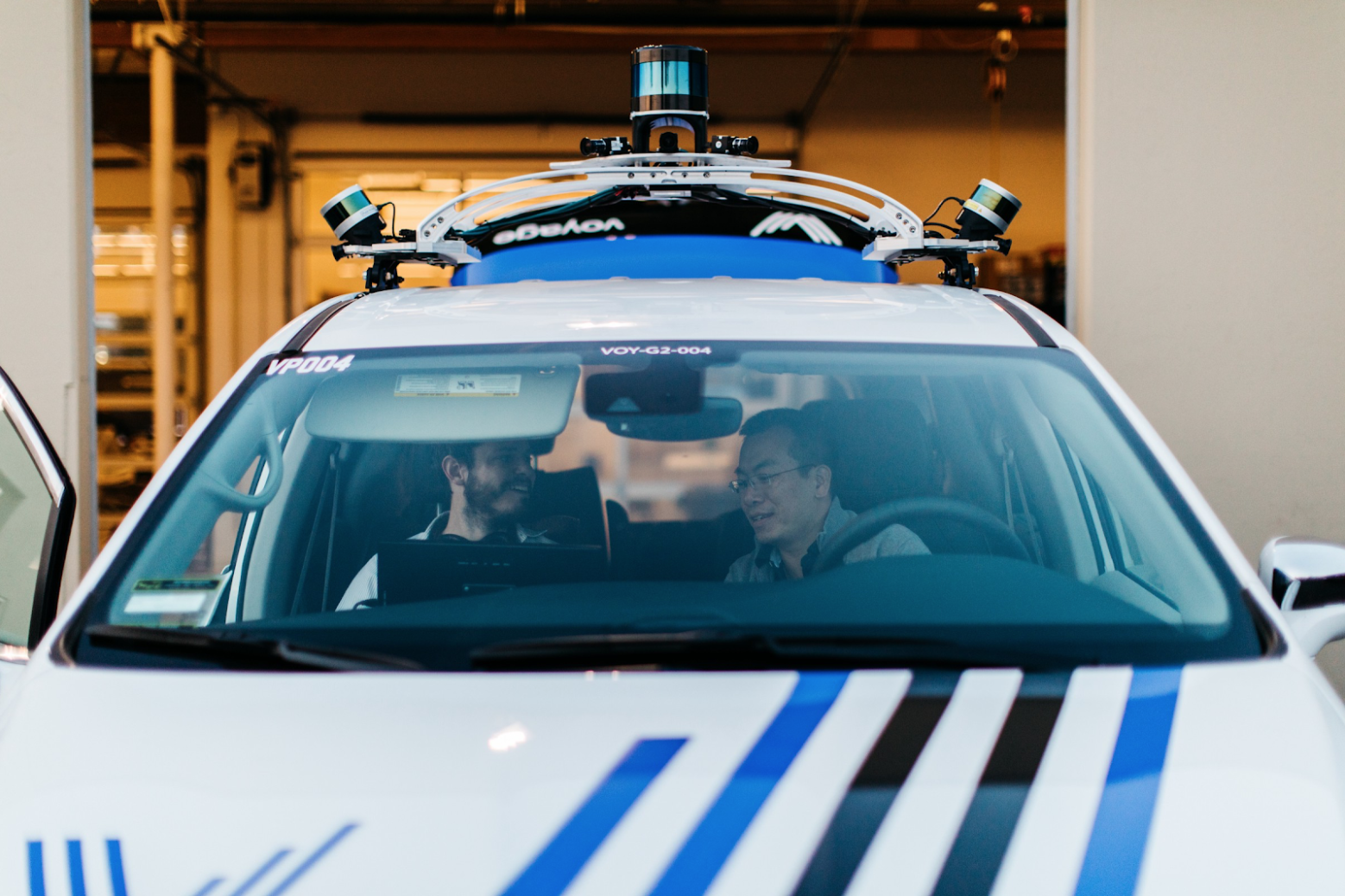 TechCrunch previously reported that the company has partnered with an automaker to provide this next-generation vehicle that has been designed specifically for autonomous driving. Cameron wouldn’t name the automaker. The vehicle will be electric and it won’t be a retrofit like the Chrysler Pacifica Hybrid vehicles Voyage currently uses or its first-generation vehicle, a Ford Fusion.

Most importantly, and a detail Cameron did share with TechCrunch, is that the vehicle it uses for its driverless service will have redundancies and safety-critical applications built into it.

Voyage also has deals in place with Enterprise Fleet Management and Intact insurance company to help it scale.

“You can imagine leasing is much more optimal than purchasing and owning vehicles on your balance sheet,” Cameron said. “We have those deals in place that will allow us to not only get the vehicle costs down, but other aspects of the vehicle into the right place as well.”