Pandora today is launching a desktop app for Windows users following its debut of a native Mac app earlier this year. On Mac, Pandora offers a variety of features for desktop users, like on-screen notifications, keyboard controls, a way to select listening “modes” and more. It didn’t, however, include support for streaming podcasts. The new Windows app includes a similar feature set.

Update: The Windows Store app description mentions that at higher tiers you can stream podcasts. Pandora tells us this is not actually true of the app itself, however. It plans to support podcasts in the future, it says. We’ve removed references to podcast support from this article. 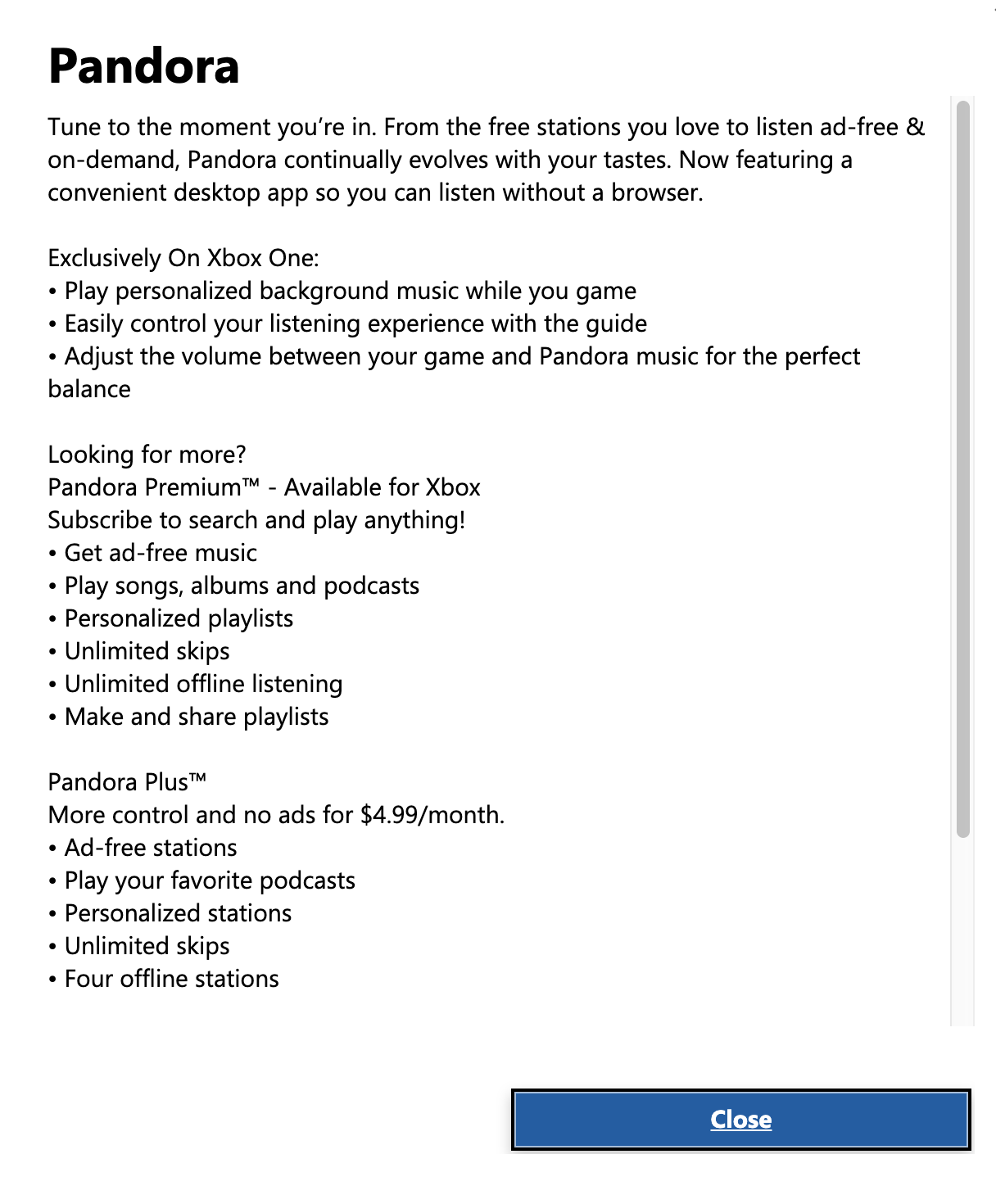 Like its Mac counterpart, Pandora’s Windows app can be used by both free users and paid subscribers alike.

The free users will have access to Pandora’s ad-supported stations, while Pandora Plus subscribers get ad-free stations, unlimited skips, personalized stations and up to four offline stations. Pandora Premium subscribers, meanwhile, get the same, plus the ability to make and share playlists, play albums and songs on-demand and take advantage of unlimited offline listening.

Also like the Mac app, the Windows version supports keyboard controls for doing things like playing, pausing, replaying, shuffling, thumbs up and down, etc. And it supports the Pandora Modes feature, which lets you refine your personalized stations by asking Pandora to focus more on certain types of songs — like crowd favorites, the discovery of new artists, deep cuts, songs from a select artist only, new releases and more.

Desktop users often prefer to use a native app instead of leaving a service open in a browser tab as it allows them a more seamless and integrated experience. That said, Pandora’s Mac version didn’t have the best reviews from Apple users.

Still, Pandora’s rollout of native desktop apps helps the SiriusXM-owned company better compete with rivals like Apple Music and Spotify, both of which have long offered desktop applications. In Apple’s case, it actually built so much into iTunes that the company decided to finally break it up into parts with the next version of macOS. Pandora doesn’t have the same problem, because it doesn’t include a user library or marketplace.

Windows users can download the Pandora app from the Microsoft Store starting today.

The app works on Windows 10. (Pandora also supports streaming to Xbox via the Microsoft Store app.)