AirDrop, Apple’s proximity-based, built-in file sharing feature and home to teen meme exchanges, is getting an upgrade with the new iPhones. At Apple’s iPhone press event on Tuesday, the company introduced the iPhone 11 line of devices, which include a new Apple-designed U1 chip that uses Ultra Wideband technology for spatial awareness. This will offer a number of improvements to the iPhone’s capabilities, but Apple is starting with upgraded AirDrop functionality as a more practical use case.

With the U1 chip and iOS 13, you’ll be able to point your iPhone 11 towards someone else’s and AirDrop will prioritize that device in the list of possible AirDrop recipients. This will help to speed up the AirDrop process, which today can still be uncumbersome at times — especially at places where there are a lot of people gathered, like a concert or business convention, for example. 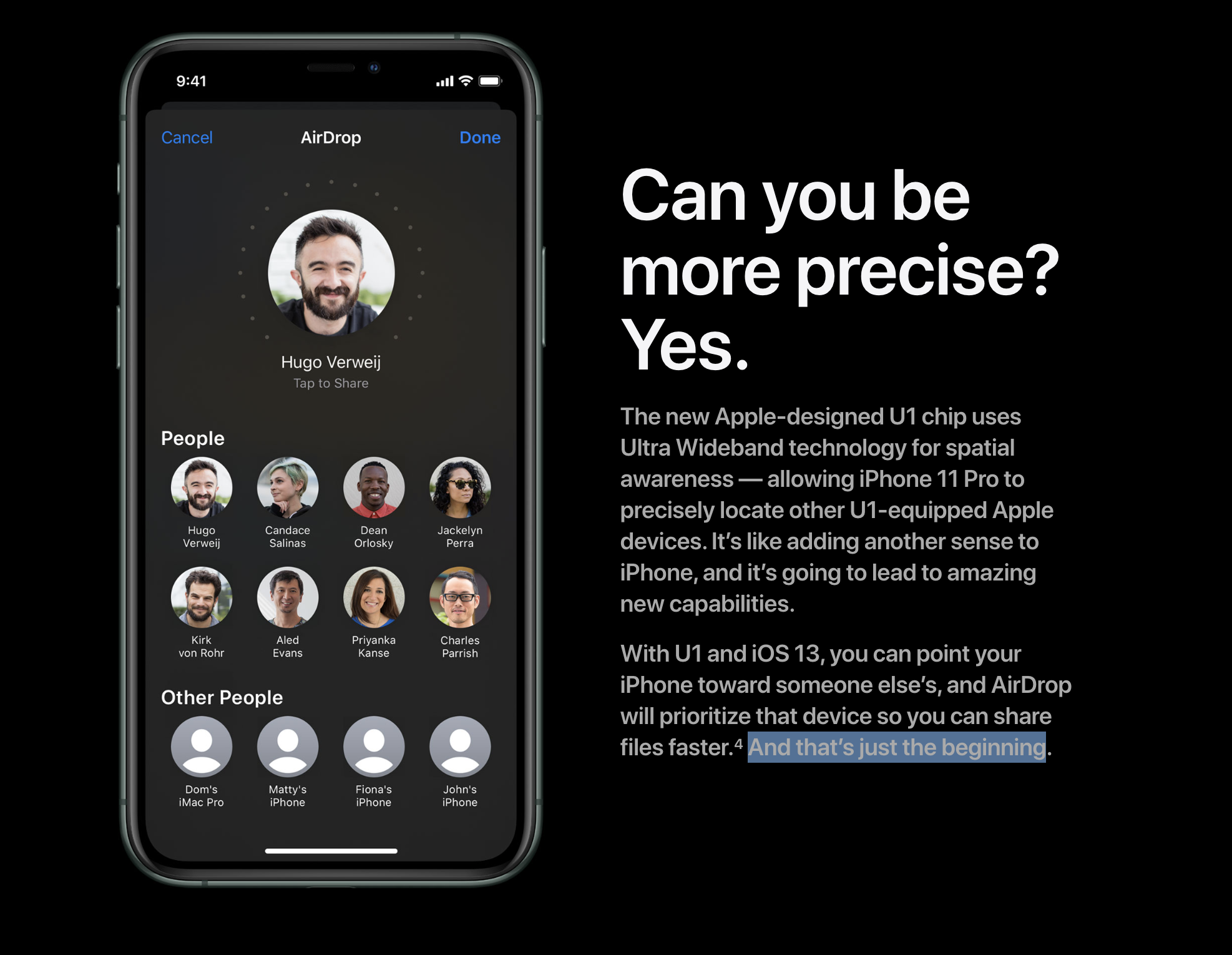 The AirDrop improvements were first spotted by MacRumors in the updates to Apple’s website that rolled out after the iPhone event.

What’s particularly interesting about the U1’s ultra wideband technology is that it’s also what’s rumored to power the forthcoming Apple Tag devices, which were not announced at yesterday’s event.

Apple Tag, it’s been reported, will be a competitor to the lost item tracker Tile which allows you to attach a small tag to items you need to keep up with — like your keys, wallet or bag, for example. Tile leverages Bluetooth and a crowdsourced network of Tile owners running its app on their device to help find missing items. Apple Tag is said to work similarly, via Apple’s Find My app, but will also feature ultra wideband tech.

Though Apple didn’t make any announcements about the product, it does seem to hint on the website that AirDrop upgrades are only the first of many enhancements that will come about thanks to the U1 chip, by saying: “And that’s just the beginning” and “it’s going to lead to amazing new capabilities.”

Presumably, whatever those statements are actually referring to will be released further down the road, perhaps as soon as its next big press event.