So without any further ado, let’s get into some of the details.

The iPhone 11 sports an anodized aluminum and glass design, which Apple claims is the toughest ever smartphone glass. Surprisingly, it comes in a handful of colors: white, green, yellow, purple, black and red. This next-gen iPhone also has a 6.1-inch liquid Retina display, with the expected tap-to-wake functionality and haptic feedback.

Apple clearly put a lot of energy into the iPhone 11 camera, which has a dual-camera set up: one 12mp wide lens, 26mm f/1.8 and an ultra-wide 12mp f/2.4 sensor. The wide-angle dual-camera set up actually lets users snap a pic and zoom out to see what’s beyond the frame, which should be helpful for those expansive landscape shots. 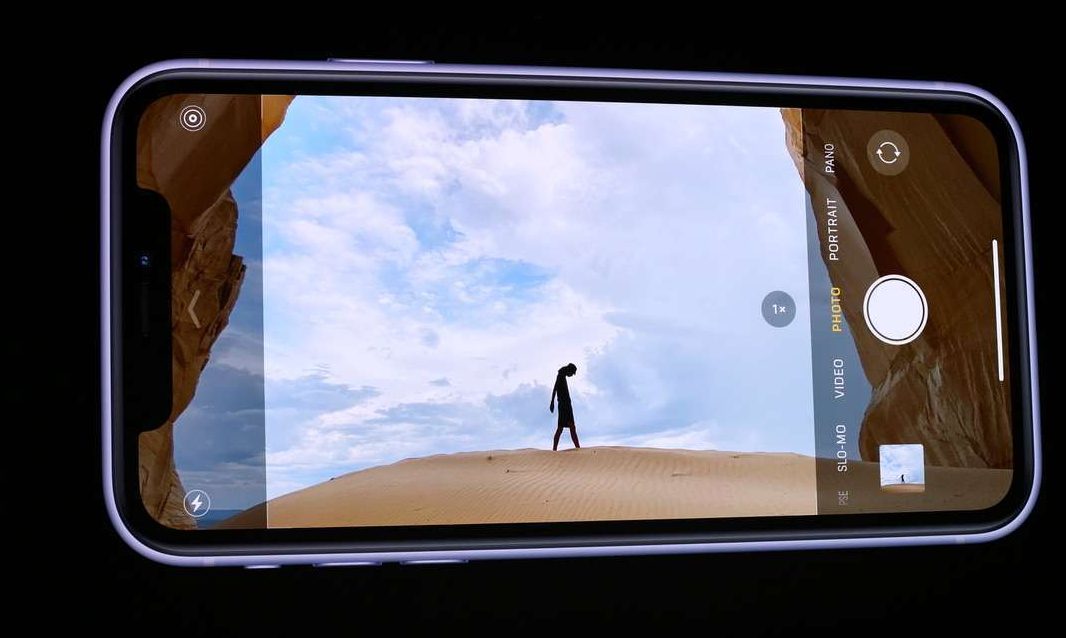 On the software side, Apple has introduced a new image pipeline that does over a trillion operations for every photo. The company has added “semantic rendering,” which adjusts the lighting on photos retroactively based on the subjects. This helps isolate and enhance facial features so tone mapping can be applied more accurately in portraits. Plus, portrait mode effects can now be applied to subjects other than humans, like pets.

In addition, iPhone 11 features a new Night Mode to compete with the likes of Samsung and Google, which uses image fusion and adaptive bracketing — shorter and longer exposures — melded together to reduce motion and blur to make for better low-light images.

On the video end, iPhone 11 shoots 4K video at 60fps, complete with slo-mo, time-lapse, cinematic video stabilization and extended dynamic range up to 4K across both cameras. The UI for video has some slight changes, including a new Instagram-style tap-and-hold to record video.

As is usual with a new generation of iPhone, the iPhone 11 is powered by a brand new processor, the A13 Bionic chip. Apple says it’s the fastest GPU and CPU ever in a smartphone. Where battery life is concerned, Apple declined to share the actual mAh but did say that it has one hour longer battery life than the iPhone XR.

The 11 Pro and Pro Max sport a three-camera system and a design featuring surgical-grade stainless steel with a single sheet of matte glass on the back. It comes in midnight green, space gray, silver/white and gold. 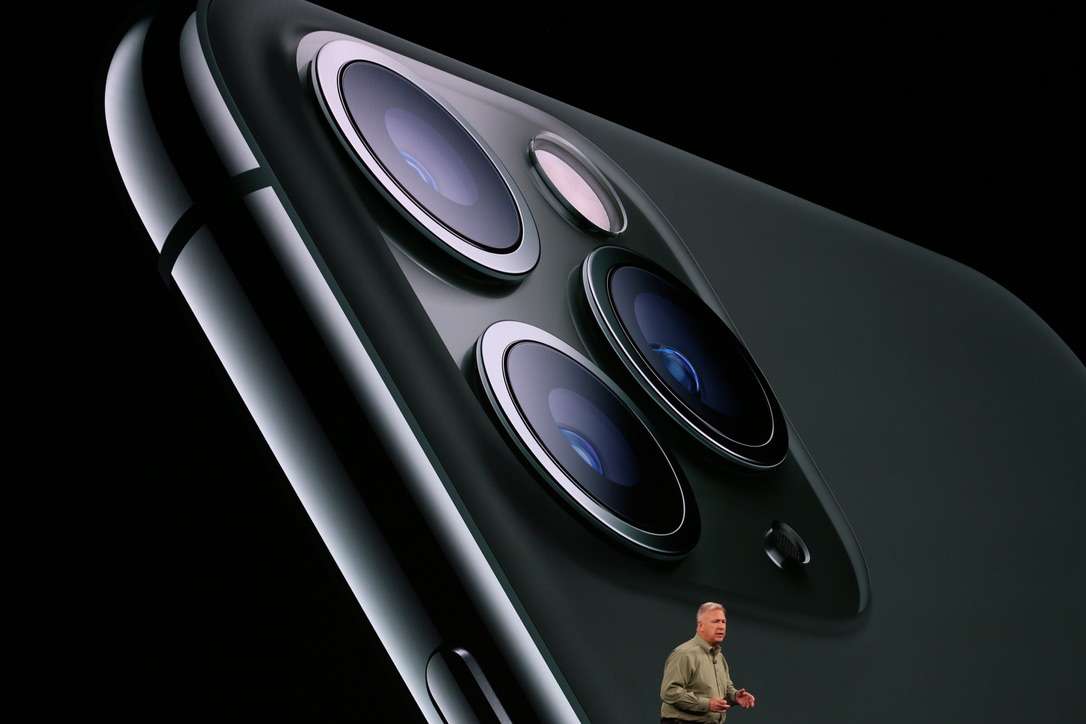 Alongside the iPhone 11, the Pro and Pro Max will run on the A13 Bionic chip.

The real show-stopper on the iPhone 11 Pro and Pro Max is the camera system.

The iPhone Pro has three, 12-megapixel cameras, covering the standard wide-angle view at 26mm equivalent, a 52mm telephoto lens and a new ultra-wide 13mm lens that gives you a broader view with a 120-degree field of vision.

The camera system also has a new feature called Deep Fusion. Here’s how it works:

Deep Fusion shoots nine images, pre-shooting four long- and four short-exposure images into a buffer. Then when you press the shutter button it takes a longer exposure. The neural engine and image signal processor then combine these on a pixel-by pixel-basis into your image, harnessing the power of the A13 Bionic chip. 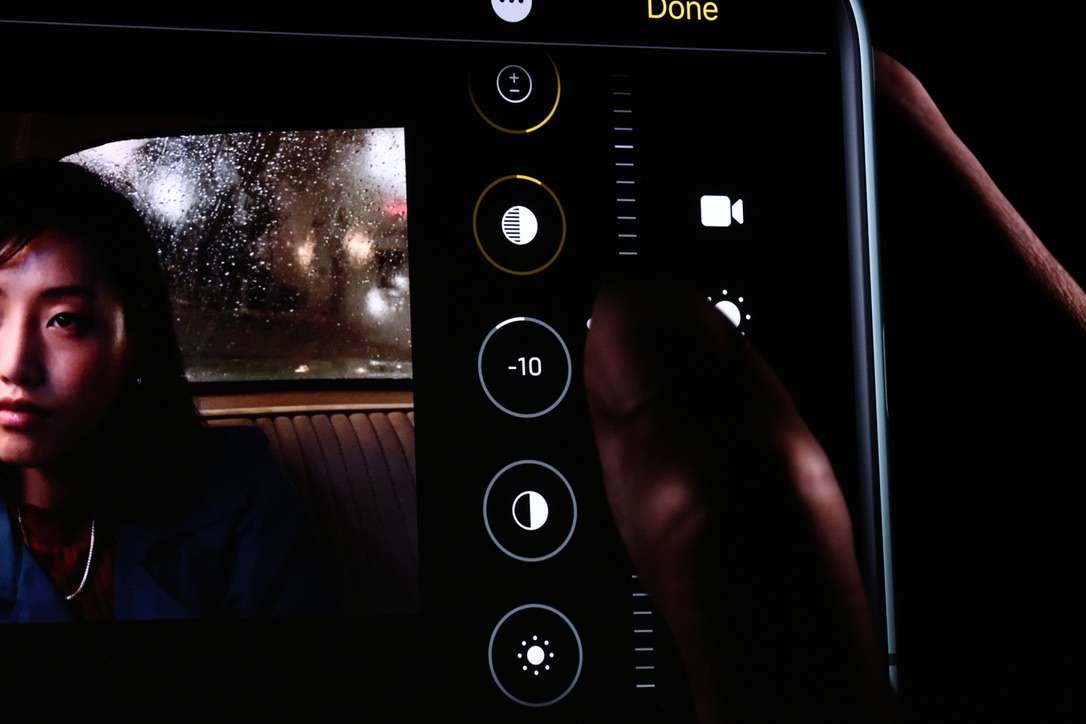 Apple says the cameras are paired right at the factory for calibration, color, etc. Other cameras are primed while you shoot video on the iPhone 11 Pro and Pro Max so you can swap between lenses without fluctuations in exposure, focus or color temperature.