The Lagos and London-based company recently launched the beta version of its online mobile finance platform. Kuda also received its banking license from the Nigerian Central Bank, giving it a distinction compared to other fintech startups.

“Kuda is the first digital-only bank in Nigeria with a standalone license. We’re not a mobile wallet or simply a mobile app piggybacking on an existing bank,” Kuda bank founder Babs Ogundeyi told TechCrunch.

“We have built our own full-stack banking software from scratch. We can also take deposits and connect directly to the switch,” Ogundeyi added, referring to the Nigeria’s Central Switch — a SWIFT-like system that facilitates bank communication and settlements.

A representative for the Central Bank of Nigeria (speaking on background) confirmed Kuda’s banking license and status, telling TechCrunch, “As far as I’m aware there is no other digital bank [in Nigeria] that has a micro-finance license.” 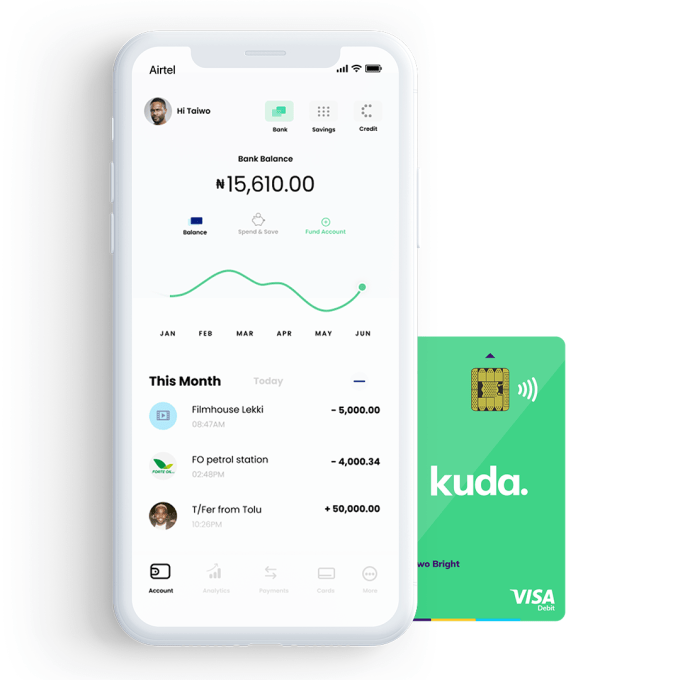 Kuda offers checking accounts with no monthly-fees, a free debit card, and plans to offer consumer savings and P2P payments options on its platform in coming months.

“You can open a bank account within five minutes, do all the KYC in the app, and you get issued a new bank account number,” according to Ogundeyi. 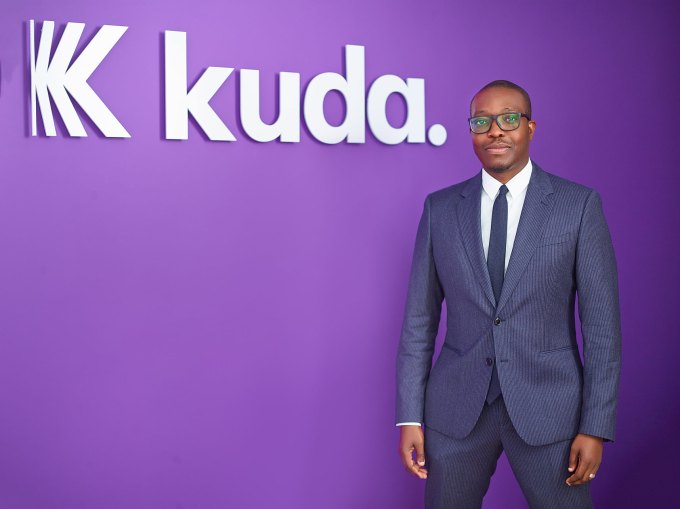 The two convinced investor Haresh Aswani to lead the $1.6 million pre-seed funding, along with Ragnar Meitern and other angel investors. Aswani confirmed his investment to TechCrunch and that he will take a position on Kuda’s board.

Kuda plans to use its seed funds to go from beta to live launch in Nigeria by fourth-quarter 2019. The startup will also build out the tech of its banking platform, including support for its developer team located in Lagos and Cape Town, according to Ogundeyi.

Kuda also intends to expand in the near future. “It’s Nigeria for right now, but the plan is build a Pan-African digital-only bank,” he said.

As of 2014, Nigeria has held the dual distinction as Africa’s largest economy and most populous country (with 190 million people).

To scale there, and add some physical infrastructure to its online model, Kuda has correspondent relationships with three of Nigeria’s largest financial institutions: GTBank, Access Bank and Zenith Bank.

Kuda’s CEO clarified the banks are partners and not investors. Kuda customers can use these banks’ branches and ATMs to put money into bank accounts or withdraw funds without a fee.

“Even though we don’t own a single branch, we actually have the largest branch network in the country,” Ogundeyi claimed.

Kuda’s plans to generate revenues focus largely around leveraging its bank balances. “We plan to match different liability classes to the different asset classes that we create. That’s how we make money, that’s how we get efficiency in terms of income,” Ogundeyi said.

In Nigeria, Kuda enters a potentially revenue-rich market, but its one that already hosts a crowded fintech field — as the country becomes ground zero for payments startups and tech investment in Africa. 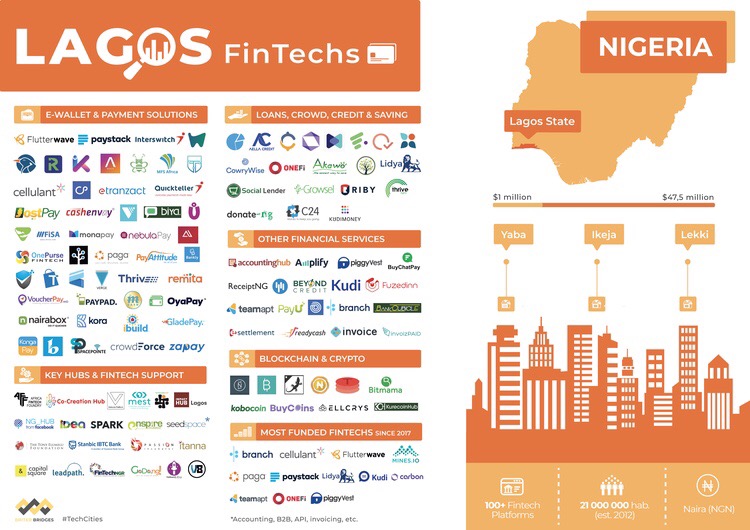 In both raw and per capita numbers, Nigeria has been slower to convert to digital payments than leading African countries, such as Kenya, according to joint McKinsey Company and Gates Foundation analysis done several years ago. The same study estimated there could be nearly $1.3 billion in revenue up for grabs if Nigeria could reach the same digital-payments penetration as Kenya.

A number of startups (established and new) are going after that prize in the West African country — several with a strategy to scale in Nigeria first before expanding outward on the continent and globally.

Series B-stage Nigerian payments company Paga raised $10 million in 2018 to further grow its customer base (that now tallies 13 million) and expand to Asia and Latin America.

Kuda CEO Babs Ogundeyi believes Kuda can scale and compete in Nigeria on a number of factors, one being financial safety. He names the company’s official bank status and the Nigeria Deposit Insurance Corporation security that brings as something that can attract cash-comfortable bank clients to digital finance.

Ogundeyi also points to offerings and price.”We look to be the next generation bank where you can do everything— savings, payments and transfers — and also the one that’s least expensive,” he said.