Volkswagen introduced Monday the ID.3, the first model in its new all-electric ID brand and the beginning of the automaker’s ambitious plan to sell 1 million EVs annually by 2025.

The ID.3 debut, which is ahead of the IAA International Motor Show in Frankfurt, is an important milestone for Volkswagen. The company upended its entire business strategy in the wake of the diesel emissions cheating scandal that erupted in September 2015. Now, four years later, VW is starting to show more than just concept vehicles for its newly imagined electric, connected and carbon-neutral brand.

Information about the ID.3, which was unveiled alongside a new VW logo and brand design, has trickled out for months now. Monday’s reveal finally fills in some much-needed details on the interior, battery, infotainment and driver assistance systems. 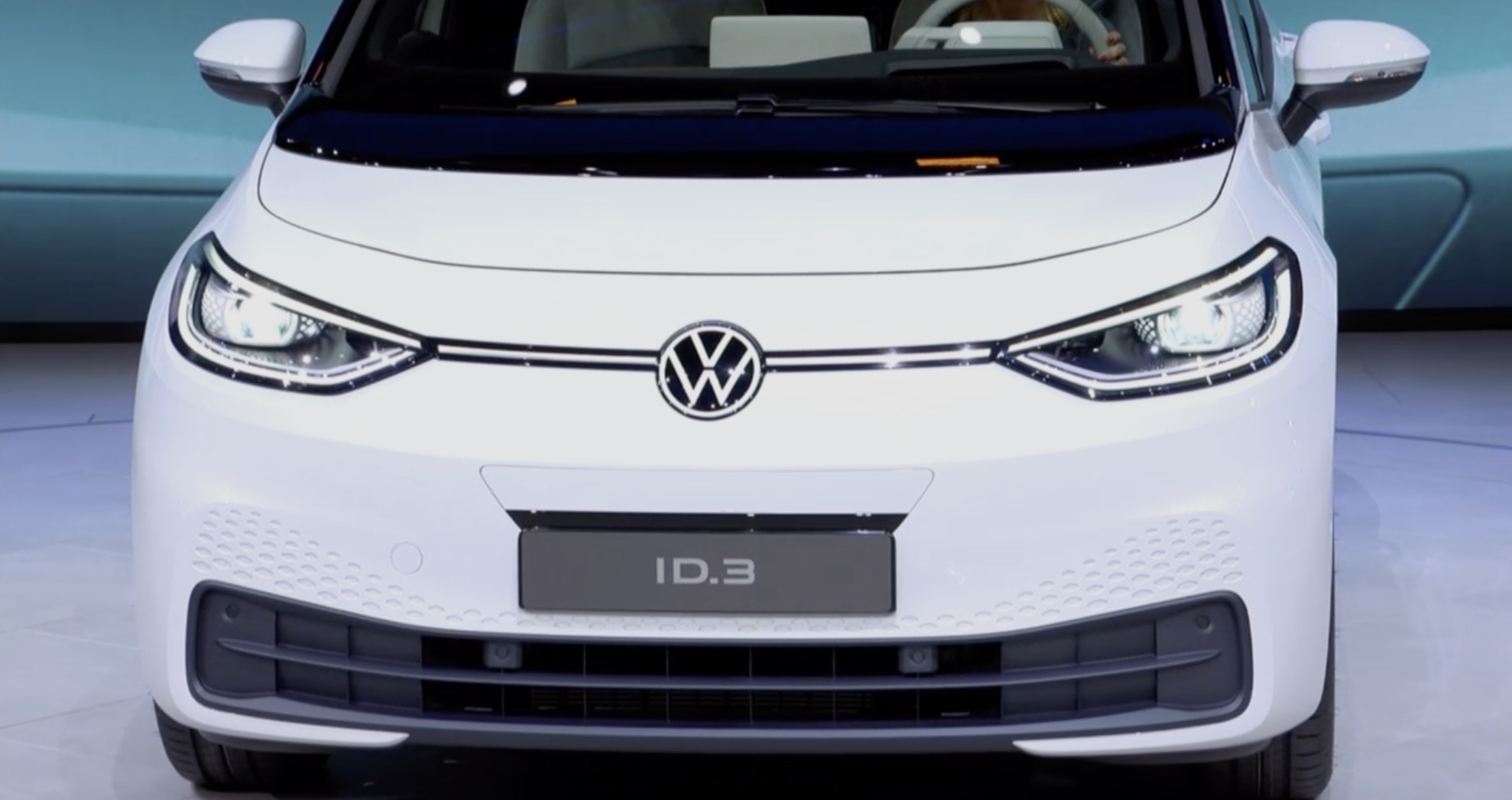 The upshot: Everything about the ID.3, from its size and styling to its battery range and pricing, is aiming for the mass-market category.

The electric hatchback is similar in size to the VW Golf. But this is no VW Golf. The aim here, and one Volkswagen just might have achieved, was to signal the beginning of a new brand.

Numerous details in the special edition version of the ID.3, including a panorama tilting glass roof edged in black and interactive LED headlights that have “eyelids” that flutter when the driver approaches the parked vehicle, help drive the future-is-here point home.

The four-door, five-seater hatchback is as long as a Golf, but thanks to its shorter overhangs, its wheelbase is larger than that of any other vehicle in its category, according to the company. This gives the ID.3 a roomier interior. 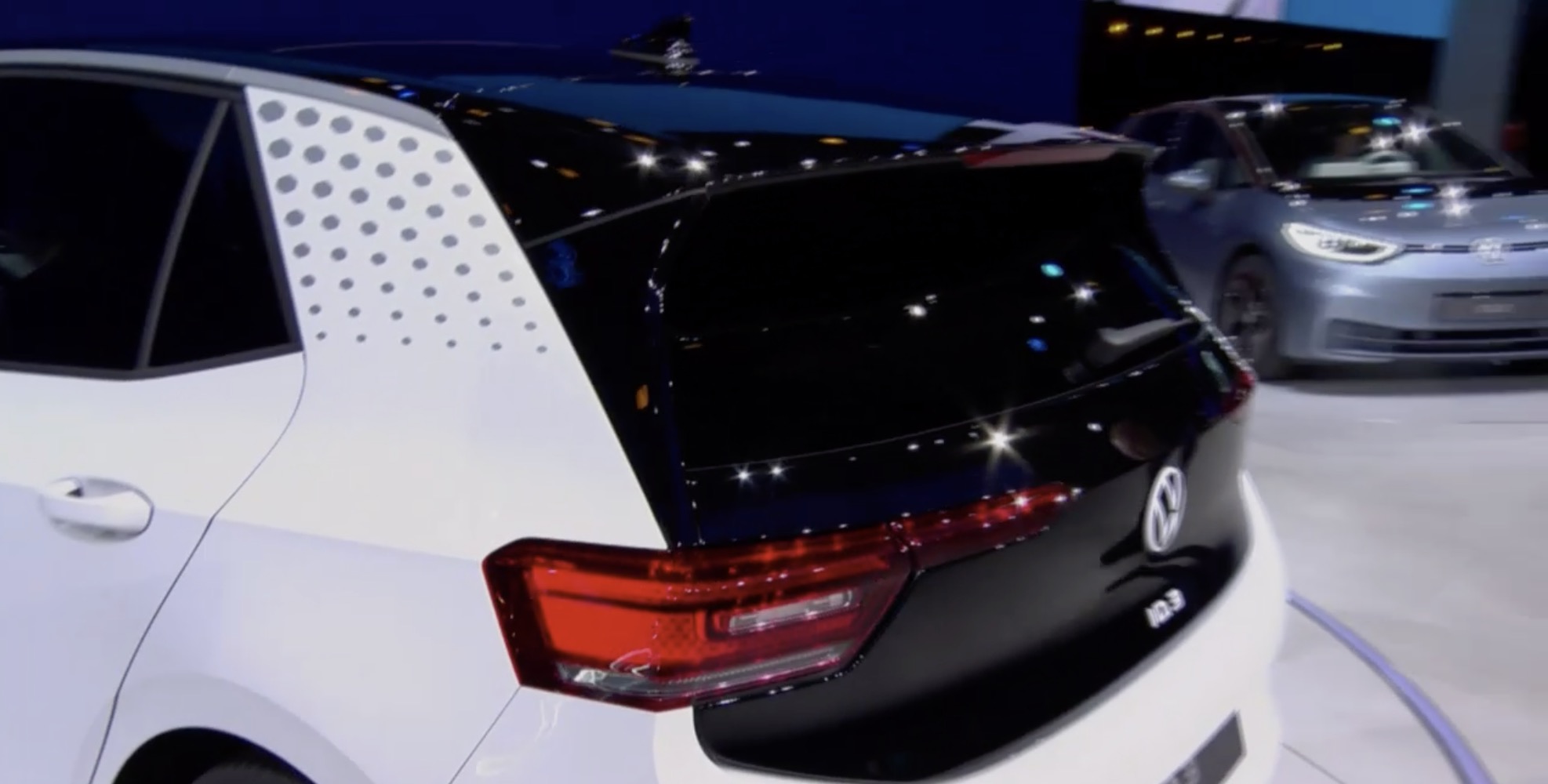 The ID.3 1ST will have fast-charging capability that will allow it (when using a DC fast charger) to add 180 miles to its battery in 30 minutes, a longer range than had previously been possible in the compact vehicle segment, VW said Monday.

Buyers of the special edition will be offered free charging for one year up to 2,000 kWh. This free-charging deal only applies to stations linked to WeCharge, which includes the Ionity network of more than 100,000 charging points throughout Europe.

Volkswagen, which owns a stake in the joint venture Ionity, aims by 2020 to install along main European routes 400 ultra-fast charging stations that use 100% renewable energy.

All 30,000 special edition ID.3 vehicles have been reserved. The first ID.3 vehicles will be delivered to customers in Germany in spring 2020.

The series production version of the ID.3 will have two additional battery options, including a 45 kWh-pack that has a range of 205 miles and a 77 kWh-pack that can travel 341 miles on a single charge, in accordance with WLTP. The WLTP, or Worldwide Harmonised Light Vehicle Test Procedure, is the European standard to measure energy consumption and emissions, and tends to be more generous than the U.S. EPA estimates.

The ID.3 will come with an advanced driver assistance system-supported multifunction camera mounted on the windshield. This camera will be able to identify road signs. 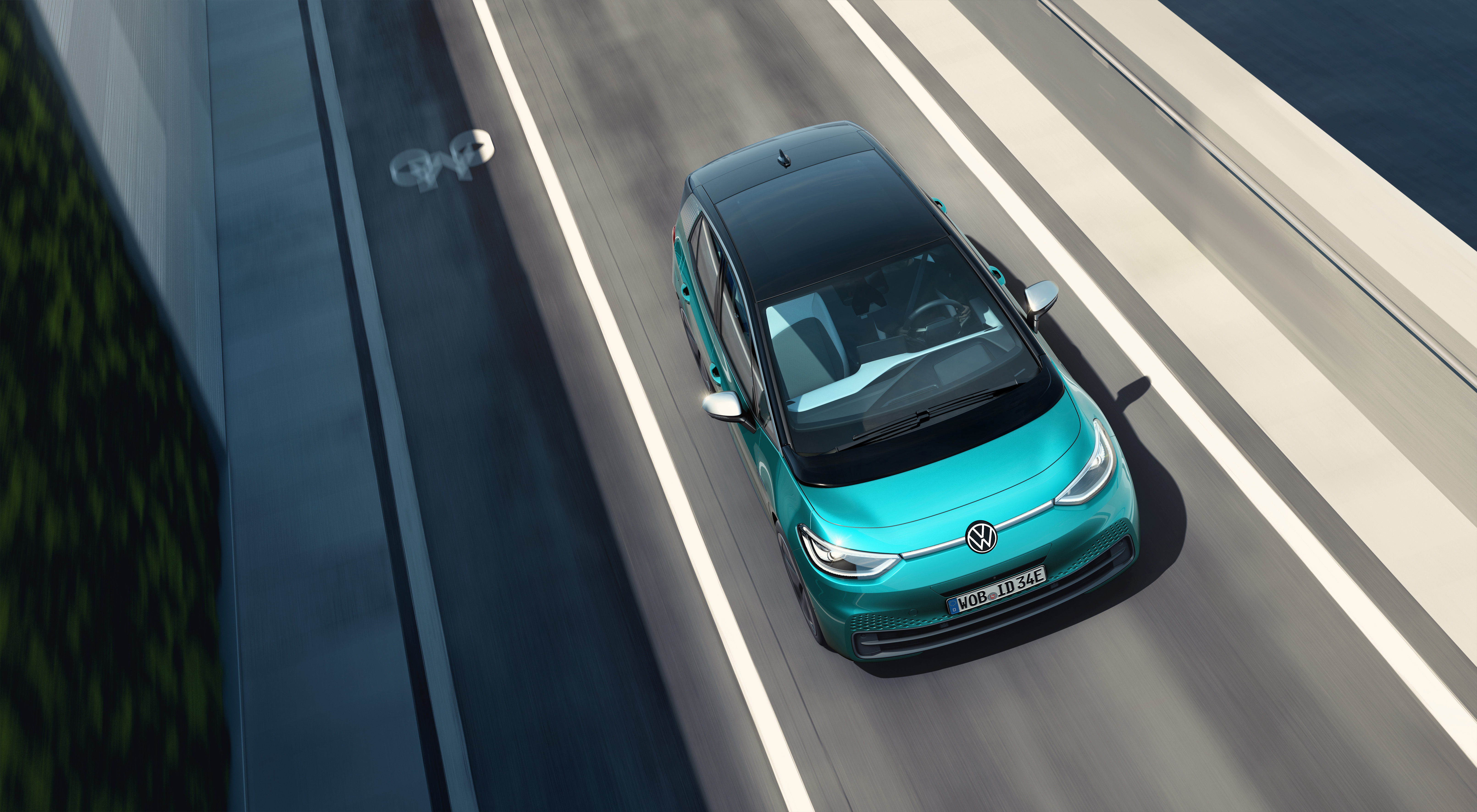 The ADAS will include an emergency braking system, pedestrian monitoring, multi-collision brake feature, lane-keeping and lane change systems, and a parking assist that uses a rearview camera. There also will be a keyless access system featuring illuminated door handles.

A park distance control feature is designed to prevent impending collisions or to reduce the severity of collisions by triggering an emergency braking maneuver at the latest possible point.

Inside the ID.3, customers will find a 10-inch touch display. A feature called ID. Light will display an LED strip during navigation that can signal drivers to take actions, such as prompting them to brake.

The ID.3 comes equipped with intelligent natural voice control. Drivers or front passengers can speak to the ID.3, simply by saying “hello ID.” Visually, ID. Light signals to whom the ID.3 is currently responding.

The ID.3 along with others that will join its eventual portfolio of more than 20 full-electric models are built on VW’s flexible MEB platform.

The MEB, which was introduced in 2016, is a flexible modular system — really a matrix of common parts — for producing electric vehicles that VW says make it more efficient and cost-effective.