Streaming music subscriptions continue to drive the U.S. music industry’s growth and revenues, according to a new report from the Recording Industry Association of America (RIAA) released this week. The organization said total music revenue grew 18% to $5.4 billion in the first half of 2019, with streaming music accounting for 80% of industry revenues. The report also noted the number of paid subscriptions topped 60 million in the U.S. for the first time.

Streaming revenues grew 26% to $4.3 billion in the first half of the year.

This broad figure includes paid versions of Spotify, Apple Music, Amazon Music and others, as well as digital radio service revenues like those from Pandora, Sirius XM and other internet radio, plus ad-supported streaming like YouTube, Vevo and the ad-supported version of Spotify. 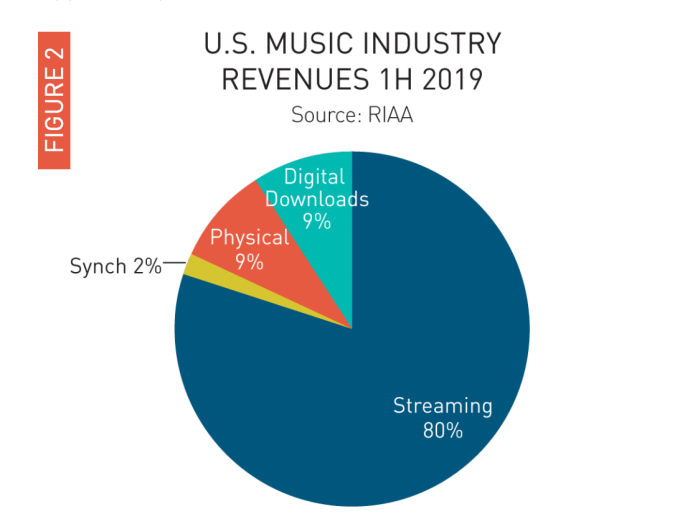 In the first half of 2019, paid subscriptions made up 62% of all U.S. industry revenues and 77% of U.S. streaming music revenues. 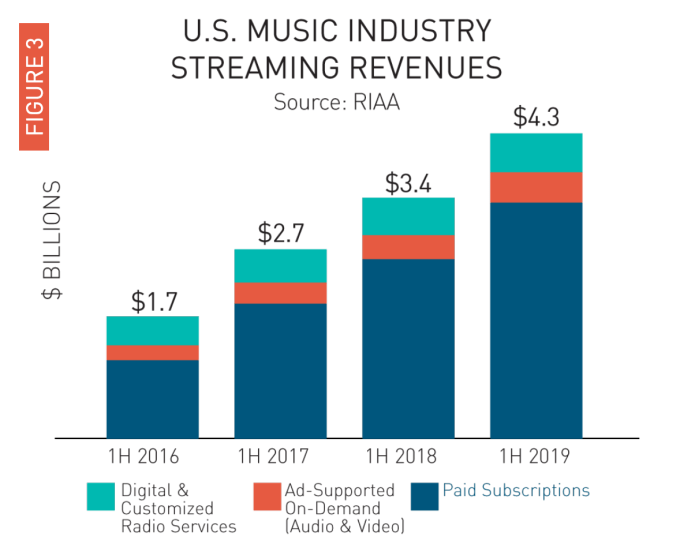 The number of paid subscriptions to full on-demand streaming services grew 30% to 61.1 million in the first half of the year, at an average pace of more than 1 million new subscriptions per month.

This doesn’t include the “Limited Tier” subscriptions like Pandora Plus or that Echo-only subscription to Amazon Music, for example, where various factors limit access to a full catalog across devices or restrict some on-demand features. This category saw $482 million in revenues, up 39% from the year prior.

“Thanks to that breakneck growth, plus continued modest drops in digital downloads and new physical sales, streaming now generates 80% of music business revenues and has fundamentally reshaped how fans find, share, and listen to the songs and artists they love,” wrote RIAA chairman & CEO Mitch Glazier, about the new figures. 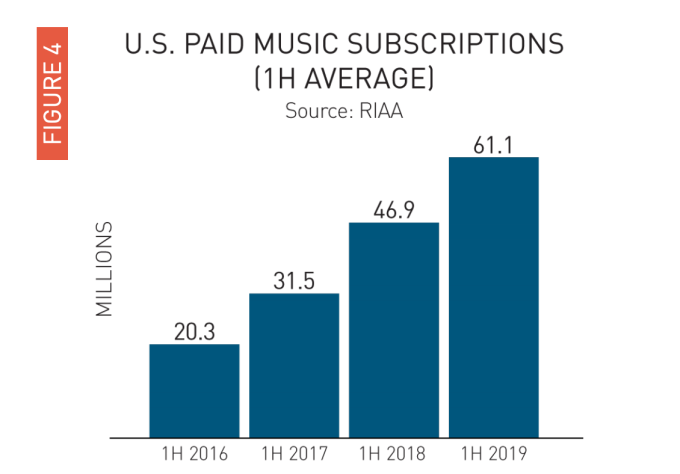 However, the gains made by streaming were somewhat offset by declines in digital downloads, as Glazier noted.

Revenues in this category fell 18% to $462 million in the first half of the year, with digital track sales down 16% year-over-year and digital album revenues down 23%. Overall, digital download only accounted for 8.6% of total industry revenues. 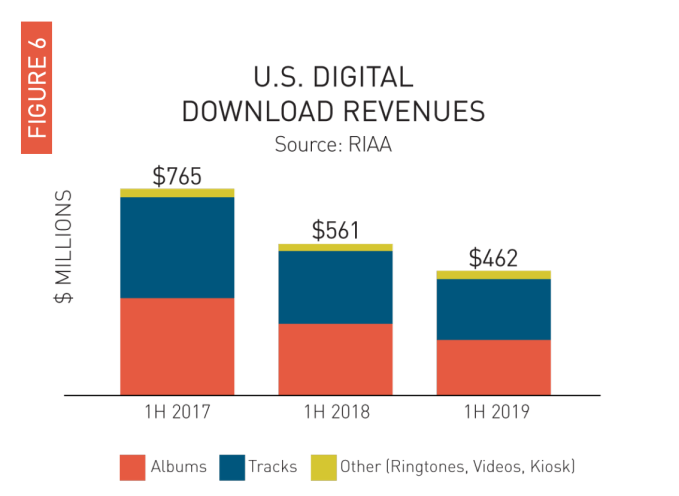 Physical product revenues grew 5% to $485 million in the first half of 2019, but the RIAA attributed this to a reduction in returns.