This is the Sonos that many have no doubt been waiting for. With the Move, the premium audio company is finally getting into the portable Bluetooth speaker market — but is doing so in a way that is decidedly Sonos.

There are, of course, already plenty of Bluetooth speakers to choose from. Many are cheaper, smaller and lighter weight. But none are, well, as Sonos as the Move. I got a glimpse of the speaker at a recent event in New York City, and was honestly surprised by the size of the device at first. I’m not sure exactly what I was expecting from the various rumors that have been floating around over the last few months, but the new speaker is definitely bigger than that.

At six pounds, this isn’t a toss it in your backpack and head down to the beach speaker. Nor is it a shove it in your suitcase so you have something to listen to at the hotel during your work trip speaker. Instead, the speaker is best positioned as augmenting a home setup. It’s a compelling device for barbecuing in the backyard, or taking out to the garage.

Honestly, it was probably a savvy move on Sonos’s part. Again, there are a billion cheaper, more portable Bluetooth speakers on the market. Sonos clearly knows exactly where its audience is with this one. That means, among other things, not sacrificing sound quality. And, indeed, it sounds excellent.

Sonos really wanted to share the specific engineering decisions behind the design choices here, but I’ll spare you the specifics and instead note that the Move has two class-d amplifiers, a downward-fitting tweeter, a midwoofer and four far-field mics for noise cancellation and use with Amazon Alexa and Google Assistant. 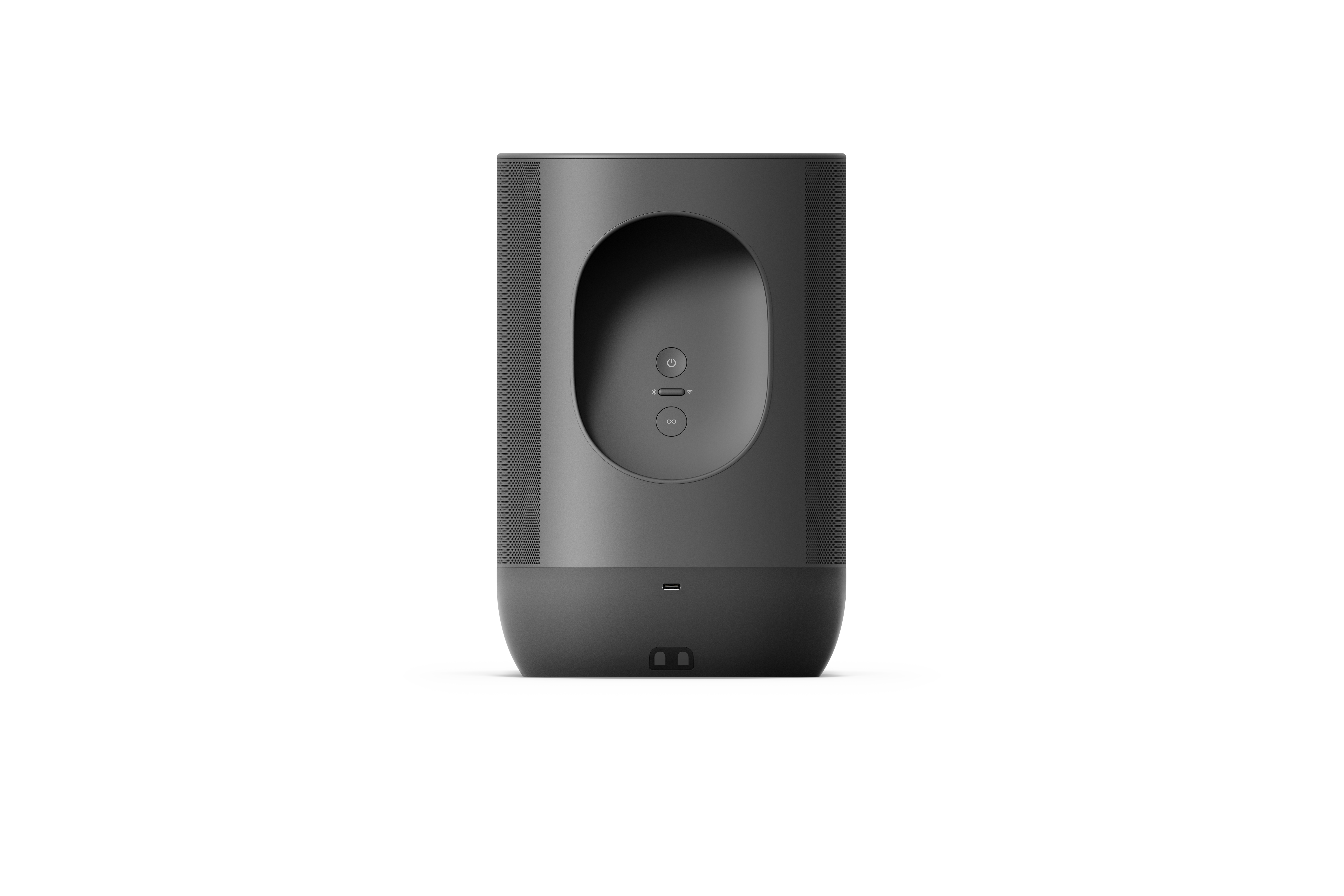 The most impressive bit of engineering, however, is the inclusion of Trueplay, which uses microphones to determine the acoustic proper tuning for the speaker. The company demoed a fairly extreme scenario wherein the speaker was essentially stuffed into a bookcase and surrounded on five sides by wood. It adjusted and performed admirably. The feature impressively also works outdoors.

On that note, the Move is rated IP56 water-resistant, which means a little outdoor moisture won’t hurt it. It can also take a pretty hearty drop — which isn’t something too many premium speakers can say. Also worth noting is the battery, which should get up to 10 hours on a charge. Flipping the speaker into Suspend mode, meanwhile, keeps the battery alive up to five days.