The Porsche Taycan, the German automaker’s first all-electric sports car, has arrived. After four years of development, the company lifted the veil Wednesday on the Porsche Taycan.

Here’s a look back at how this four-door electric vehicle developed from a few sketches to the Mission E concept, and then to the Taycan prototype and final production model.

September 2015: Porsche unveils the Mission E at the Frankfurt International Motor Show. Porsche says the concept has the first 800-volt drive system, will produce more than 600 horsepower (or 440 kilowatts in system power) and about a 310-mile battery range. Other concept-era stats include all-wheel drive and all-wheel steering, the ability to go from zero to 100 km/h (62 miles per hour) in less than 3.5 seconds and a charging time of around 15 minutes to reach an 80% charge of electrical energy.

The tech inside the concept includes instruments that are intuitively operated by eye-tracking and gesture control, some even via holograms — highly oriented toward the driver by automatically adjusting the displays to the driver’s position.

December 2015: Porsche AG board funds Mission E. This means Porsche makes it official and announces plans to bring the all-electric four-door sports car into production by the end of the decade. The company says it won’t hit the road until at least 2020.

Porsche also says it will spend more than $760 million and add 1,000 new jobs at its Stuttgart-Zuffenhausen facility to produce the all-electric sports car.

January 2016: Porsche AG Chairman Oliver Blume reiterates the company’s commitment to plug-in hybrids and the all-electric Mission E concept car. Porsche will spend $1 billion to develop the Mission E, Blume says at the time. That’s a nearly 30% increase from what the company had previously shared about its investment.

September 2017: Blume indicates that the Mission E will go on sale at the end of 2019. The company is preparing to send its prototypes onto public roads.

Blume doesn’t provide details on the price. However, he tells CAR in an interview that the all-electric four-door sports car is designed to sit between the Panamera and the 911 in Porsche’s portfolio. And it will be priced like an entry-level Panamera, which is $85,000.

June 2018: Porsche gives electric sports car an official name. It will be called the Porsche Taycan, which is pronounced tai-kan. The automaker says Taycan is roughly translated as “lively, young horse” in a nod to its iconic emblem.

March 2019: Porsche’s Blume says during the 2019 Geneva International Motor Show that more than 20,000 people have registered to join a list of prospective buyers for the Taycan, which requires a down payment of €2,500.

The company had planned for an annual production of 20,000 Taycans. Due to higher than expected interest, Porsche decides to increase production capacity, Blume says in an interview with autogazette.de.

August 2019: Porsche announces it will integrate Apple  Music into the Taycan sports car, the first time the music streaming service has been offered as a standalone app within a vehicle. The Apple Music integration will begin with the Taycan. However, the relationship between Apple and Porsche won’t end there, Porsche North America CEO Klaus Zellmer tells TechCrunch.

August 2019: Porsche Taycan sets a narrow, yet notable record lap time at the famous Nürburgring Nordschleife test track in Germany. The vehicle completes the 12.8-mile course in 7 minutes and 42 seconds. This is the fastest lap for a four-door electric vehicle. The record time was set in a pre-series Taycan driven by Lars Kern. 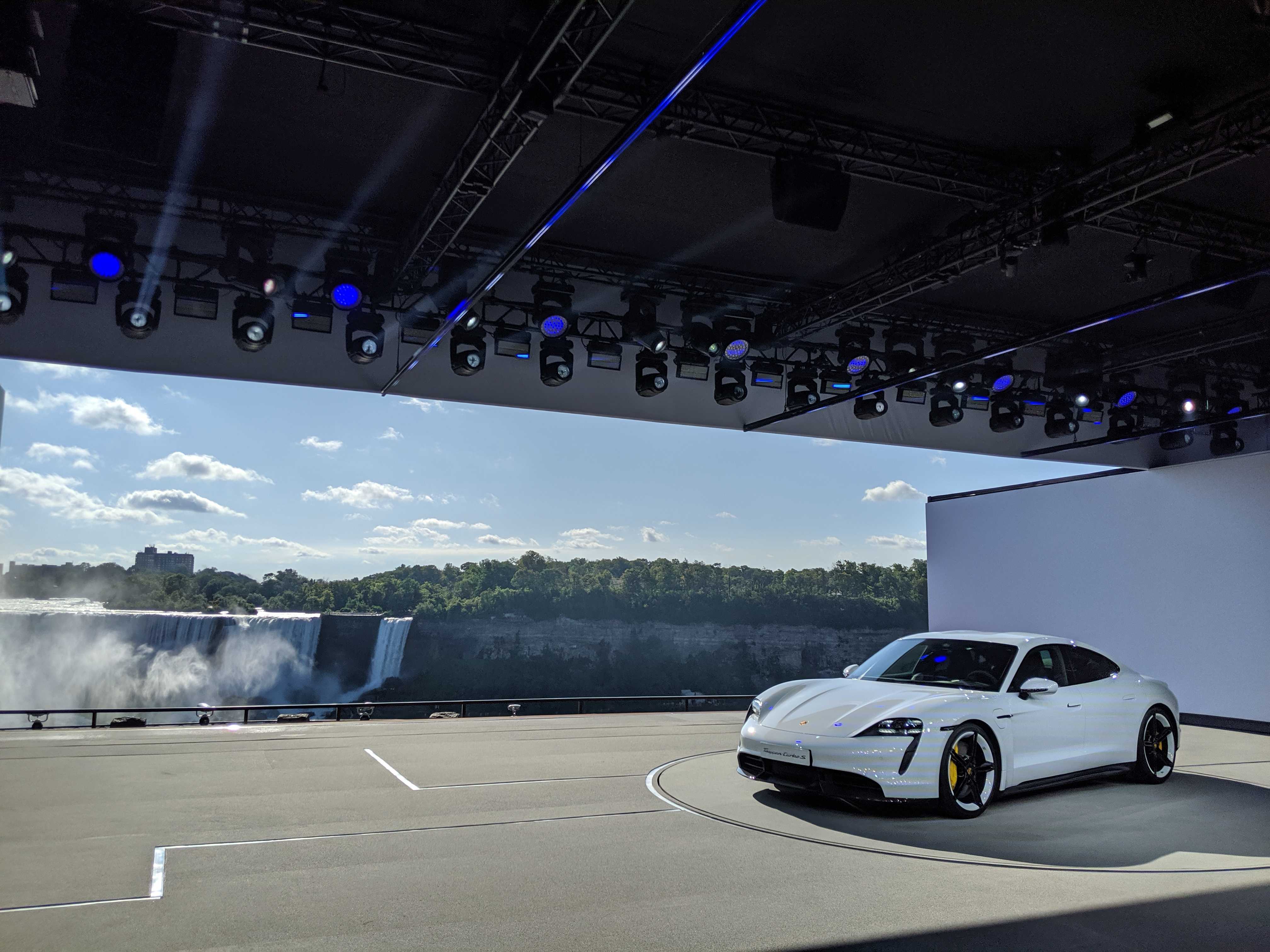