Porsche has poured more than $1 billion into the development of its first all-electric vehicle, a sleek four-door specimen that marks the beginning of a new chapter for the German automaker and its biggest bet in more than a generation.

On Wednesday, in three simultaneous events in Canada, China and Germany, Porsche finally introduced the world to the vehicle that has been more than four years in the making. TechCrunch was on hand for the reveal in Canada, a splashy event held in a building erected just for the occasion on the edge of Niagara Falls. It was here that Porsche showed off not one, but two flavors of the Taycan.

Both of these Taycans fall into the more expensive, more powerful category of its upcoming portfolio, with base prices of $185,000 and $150,900, respectively. 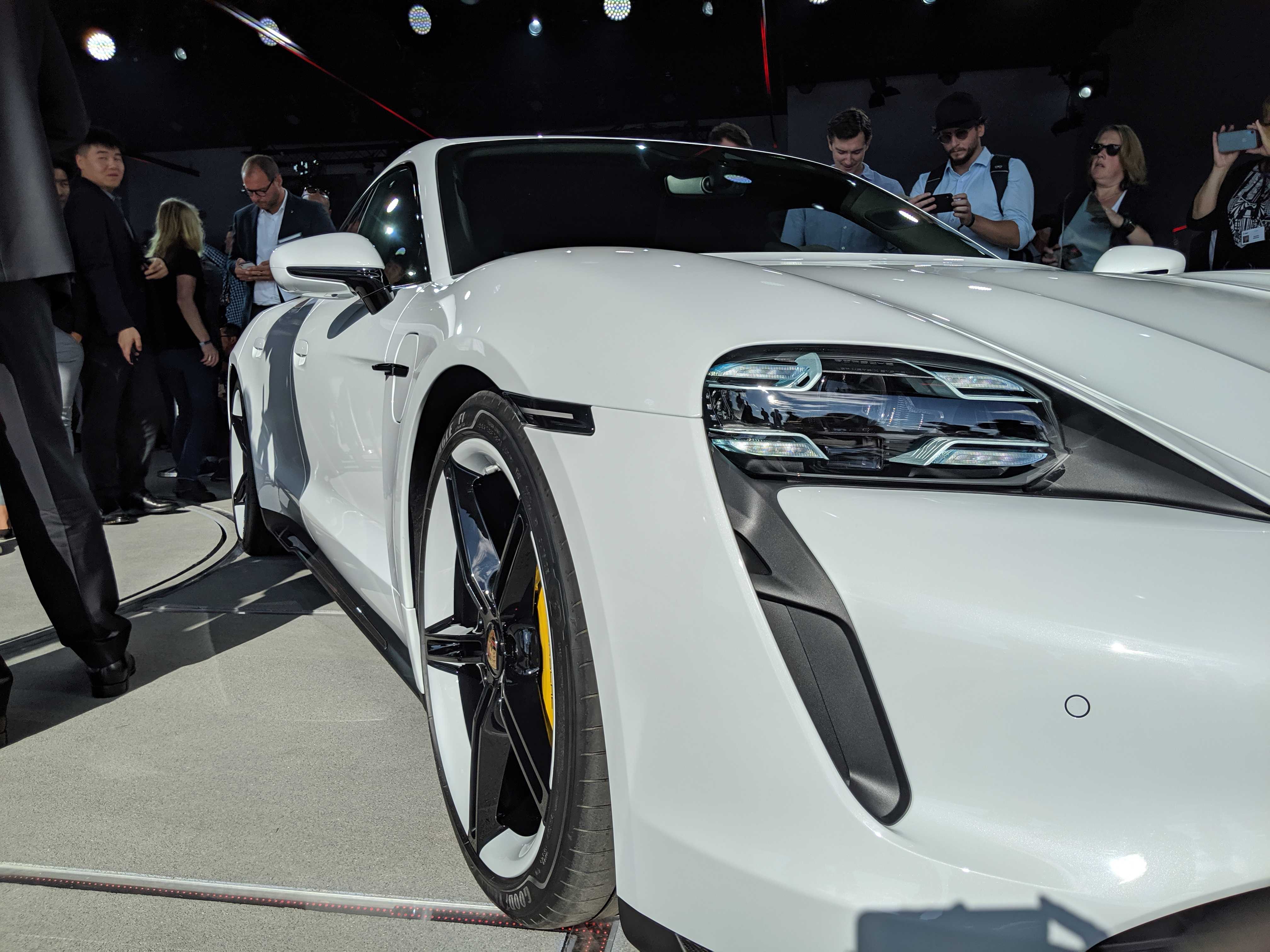 All three Porsche Taycan events were staged near renewable energy installments — hydropower at Niagara Falls in Canada, solar in Neuhardenberg near Berlin and a wind farm on Pingtan Island, less than a mile from the Chinese city of Fuzhou — a physical symbol of Porsche’s move to electrification.

“The Taycan stands for the change necessary for Porsche to remain Porsche,” Detlev von Platen, Porsche AG board member of sales and marketing said during the presentation.

And it’s not stopping at the Taycan. By 2025, half of all Porsche vehicles will be electrified, according to von Platen. 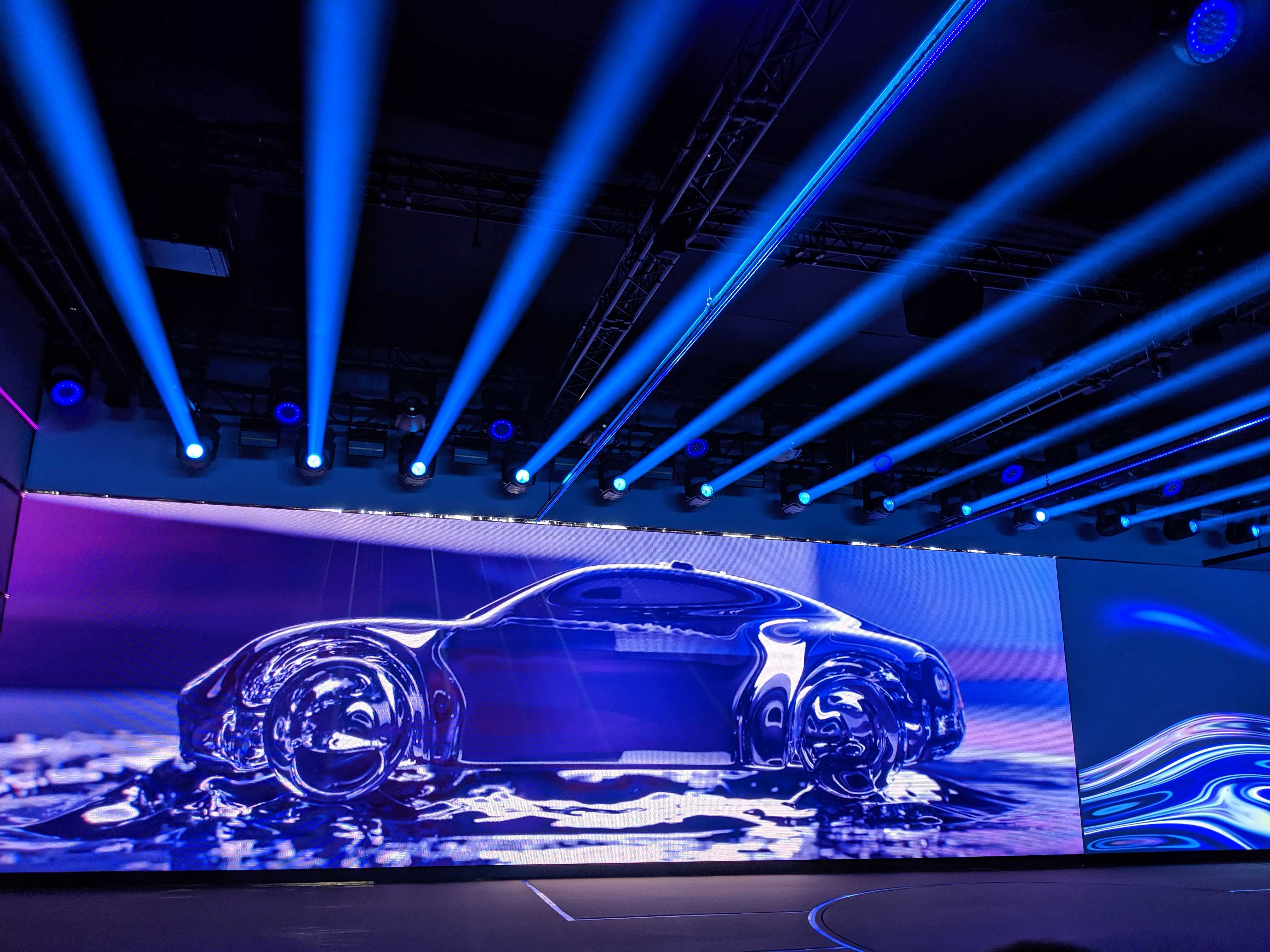 Less powerful variants (and therefore less expensive) of these all-wheel drive vehicles will follow this year, and the first derivative to be added will be the Taycan Cross Turismo at the end of 2020.

The Taycan may represent a new direction for the automaker, but there’s still no mistaking this electric vehicle for a Porsche. The Taycan has a big and low stance with a body line that still looks and feels like a Porsche. Bigger than a 911 and smaller than a Panamera, the body of the Taycan is wide and flat with contoured wings and a sporty roof that slopes down to the sharply emphasized and classic Porsche rear.

The interior of the Taycan, which was revealed last month, includes a sleek all-digital dashboard clearly inspired by the 1963 Porsche 911.

Now to the power. The flagship Turbo S version of the Taycan can generate up to 750 horsepower (560 kW) of power in combination with “launch control” and overboost features that translate into accelerating from zero to 60 miles per hour in 2.8 seconds. The Taycan Turbo can produce up to 670 horsepower (500 kW), allowing it to go from a standstill to 60 mph in 3 seconds. Both vehicles have a top track speed of 161 mph.

The Taycan is ready for the race track,” Stefan Weckbach, vice president of the Taycan and Porsche Battery Electric Vehicle Product Line, said during the event Wednesday.

The overall capacity of the 800V high-voltage battery is 93.4 kWh. Porsche is throwing in three years of free charging at hundreds of Electrify America public stations that will blanket the U.S. in the coming months.

The EPA range estimate for the North American market is pending for both vehicles. Under Europe’s WLTP estimates, the Turbo S can travel 256 miles on a single charge, while the Turbo has a range of 280 miles.